Where Can You Sell Arrowheads?

If you find, purchase, or inherit a collection of arrowheads, you may want to sell it eventually. Is there a big market for arrowheads, and where can you find a good price?

You can sell arrowheads on eBay, to websites that specialize in arrowheads, at auctions, and to collectors. Crooked dealers make money from dishonest artifact deals, so be careful. If you are buying as well as selling, you have to be particularly careful.

Don't sell a valuable collection for next to nothing! While most arrowheads are worth little, some are worth a fortune. If you inherit a collection, find a trustworthy expert who will tell you what your collection is worth.

While I prefer to find and keep rather than buy and sell arrowheads, I still understand how to price them. If I ever change my mind and decide to sell my collection, I will make sure I get a fair price for it.

Can you sell arrowheads to museums?

Usually, museums rely on donations to build their collections. You can have your name written in stone on a wall at the museum or be credited online or in some other way if you donate arrowheads. They do not usually pay for artifacts.

Sometimes, a museum will pay a lot of money for an artifact if it is exceptionally valuable and the museum has the budget. However, it is not easy to sell arrowheads to museums. The vast majority of the time, you will have an easier time selling your arrowheads elsewhere.

Antique dealers want as much documentation as possible. When you take an arrowhead out of the ground, photograph everything. If you have someone with you, this is better because they can act as a witness.

Your documentation can prove that your arrowhead is real and not a fabrication. Most fakes are easy to detect, but not all of them. It helps to do everything you can to prove what you are selling is real.

Antique dealers are interested in documentation because it helps them sell the arrowhead. When people trade arrowheads, they take the documentation with them to preserve the artifact's value.

How legal is it to sell arrowheads?

Arrowheads are legal to trade as long as they were acquired legally. You cannot trade arrowheads that were found illegally without committing a crime.

It is always illegal to take arrowheads from national parks. Federal land is off-limits, so don't trade any arrowheads you know were found on federal land.

The Archeological Resources Protection Act makes it illegal to take arrowheads from federal land and Native American reservations. The act clearly specifies that if they were illegally found, they are illegal to trade. Even if the arrowheads are lying on the surface, you cannot take them.

State parks are also usually off-limits. While the act does not apply to state parks, there are usually local laws against finding arrowheads. Arrowheads found in lakes and rivers may/may not be legal, depending on the area.

Legal arrowheads are found on private land. You can take arrowheads from someone's property if you have their permission to be looking for arrowheads there.

There is usually no law against digging for arrowheads on private property if you have the owner's permission. It is not true that only an archeologist can legally dig up an archeological site. Laws that say so only apply to federal land and reservation land.

Don't knowingly break the law because the authorities do care and do enforce the laws. Penalties are not always minor.

Arrowheads.com is one of the best places to go if you want to sell arrowheads online. You can show pictures of your collection to many potential buyers, and someone will hopefully give you a good price.

Arrowheads.com specializes in arrowheads but buys other antiques as well. If you inherited and collection of antiques that includes many arrowheads, you might be able to get a good price for everything on arrowheads.com.

If you live a long way away from their Massachusetts office, you can mail them your collection. They may be able to evaluate what you have from photographs, but they can know more about your arrowheads if they can look at them.

Usually, no one from arrowheads.com can come to your location to look at your collection, but they might be able to if it is very large. With insurance, it is safe to mail your arrowheads. It will only take them a few days to give you a price for your collection.

When you ship your arrowheads anywhere, you should be as careful to avoid damage as possible. Wrap your arrowheads individually in bubble wrap. Don't risk anything that may reduce the arrowhead's value.

eBay can also work, especially if you know how to price arrowheads. Many people will give you less than a fair price, but you might get lucky and get an excellent offer. Some people may offer more than what your collection is worth on eBay.

Much of what people sell on eBay is fake. For example, people may sell valuable ice age points for far less than they are actually worth.

People also make inauthentic arrowheads and sell them on eBay. People also use photoshop to edit their pictures and make their arrowheads look more distinctive and valuable.

If a deal seems too good to be true, it quite likely is. No one who seems to know what they are talking about is going to sell a $10,000 point for a few hundred.

Even if they have documentation to prove the artifact is real, an absurdly good offer is fraudulent. If someone is selling an artifact for vastly less than what it's worth, don't trust them - you will later discover that the documentation was fake.

There are good, trustworthy people on eBay, and they are trying to make money, not sell rare artifacts for nearly nothing. eBay can sometimes still be the best place to find a good price for your arrowheads.

Take things slow and find out who the trustworthy people are. The higher-end the artifact is, the more likely it is to be fake. People are less likely to make fake lower-end arrowheads.

You might have to make many small sales before you can attempt more significant ones. You will have to build up a good reputation with reviews before people trust you enough to buy anything more expensive.

You can set up your own "store" on arrowheads.com

When you create an arrowheads.com account, you can set up your own "store" or page where people can look at your artifacts. You can list up to 250 arrowheads on your store and provide potential buyers with plenty of photographs.

Sell arrowheads on other websites

There are other sites besides arrowheades.com and eBay where you can sell arrowheads, some of which are more trustworthy than others. Some other alternatives are arrowheadsusa.com and pabbly.com. Usually, arrowheads.com is the best choice, followed by eBay.

What other artifacts do people find and sell?

Other artifacts are often worth more than arrowheads, but they are harder to find. You can find a huge variety of Native American and colonial artifacts in the woods if you keep your eyes open.

Countless ax heads, spear points, knives, and scrapers were made and discarded over thousands of years. The vast majority of tools are still in the ground - only a small fraction have ever been found, and most never will be.

Many tools were abandoned before they were worn out and no longer usable. Before horses, a nomadic group would sometimes bury their heavier belongings rather than move them to another location. Sometimes, the buried tools were never recovered, so you can find many ax-heads and other tools in good condition today.

There are also many antique European artifacts to find in many places. If you are looking for European artifacts, a metal detector can help you. You will have to research your local area first to have a good chance of finding anything significant.

Yes, they do enforce the laws. People who slowly build up a large collection of illegal artifacts are often caught eventually and have their whole collections taken. In the long run, you may not get away with collecting a mix of legal and illegal arrowheads.

Many people collect a mix of cultural artifacts from different times and places and don't care whether or not what they find is legal. People end up with felony charges if they have large illegal collections.

How can I learn to price arrowheads?

The best information is in the Overstreet Indian Arrowheads Guide. This is a book with thousands of photographs and plenty of information about what different types of arrowheads are worth. It won't take long to be at least able to identify the most valuable arrowheads and spear points if you are lucky enough to find one of them. 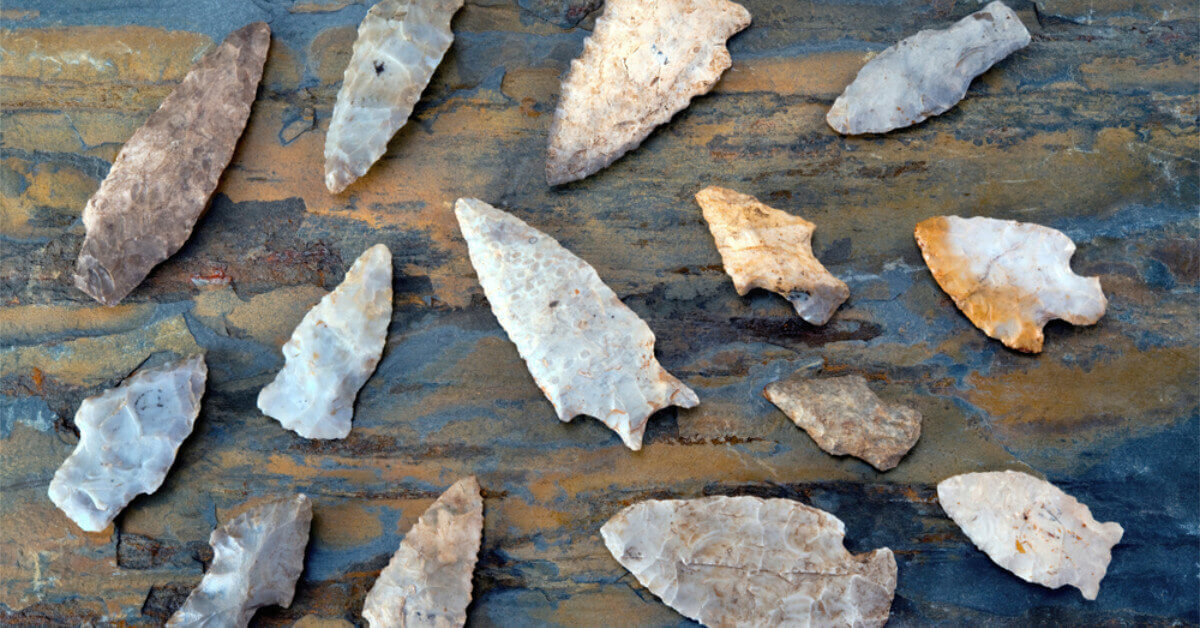 Where Can You Sell Arrowheads?