What is the Rarest Arrowhead?

The most expensive arrowhead ever sold went for $276,000. It was both prehistoric and made of green obsidian, a rare stone.

I have been finding arrowheads in the woods for a long time and can identify an uncommon arrowhead that may be worth something. If I ever find something extremely rare and valuable, I will recognize it.

Why was the most expensive arrowhead ever sold worth so much?

The arrowhead that sold for $276,000 was a holy grail for arrowhead collectors. It was a prehistoric Clovis point, and ordinary Clovis points are often worth thousands or tens of thousands of dollars.

It was also made of green sea obsidian - only a very small fraction of arrowheads are made of this material. It was also a large, finely made arrowhead. The collector was willing to pay more than a quarter of a million for it because it may be the most impressive arrowhead (or dart point) ever found.

What are Clovis points, and why are they so rare?

Clovis points are prehistoric, so they are much harder to find than arrowheads made only centuries ago. There are only about 10,000 of them, and collectors want them.

Clovis points were made using what archeologists formerly thought was the oldest technology in the Americas. Archeologists now all agree that pre-Clovis tools exist and are learning more about them as they find new sites.

However, Clovis points are still the most famous prehistoric projectile points in the Americas. Clovis points were only made in a narrow range of time around 13,000 years ago, which adds to their rarity.

Clovis points have a distinctive look that makes it easy for their discoverers to recognize them. They are fluted near the bottom, which means that chips are removed from part of the base to make it easier to attach them to a shaft. The sides do not curve inward outward very much and only become narrow as you approach the point.

Are Clovis points the oldest types of points in the Americas?

No, earlier tools existed. While Clovis points are the most valuable points you can find, they are not the oldest. Numerous pre-Clovis sites have been found, such as:

Bluefish caves, Yukon - Some very old tools, possibly up to 24,000 years old, were found in a cave in the Canadian arctic. These tools were similar to those made in prehistoric Siberia and suggest that they were the tools of early settlers who had not yet changed their technology.

This is the first pre-Clovis site that archeologists fully accepted without controversy. It was very well preserved and convinced everyone that there were people as far south as Chile 15000 years ago.

This pre-Clovis site was discovered even earlier than the Chilean site, but it took longer to be accepted as pre-Clovis. The site is more than 14000 years old and clearly uses a different technology than the later Clovis culture.

What other rare types of points are there?

There are many types of prehistoric points, dozens in fact. Archeologists split arrowheads into different time periods, with each time period having many different types.

All points from early time periods are rare and often valuable, though not as valuable as Clovis points. Clovis points are sought after by collectors everywhere, and since supply is much less than demand, you can sell them for a lot of money.

Before the early 20th century, it was assumed that people arrived in the Americas only a few thousand years ago. The dating of the Folsom points proved that the Americas have a much longer history.

Hunters used many Folsom and Clovis points to hunt mammoths, giant sloths, and other megafauna alive at the time. Such animals were hunted to extinction or died as the climate warmed up, as was the case in Europe.

Dalton points were used from 10500 BC to 8500 BC. They were produced for a relatively long time; Clovis points didn't last as long before they were replaced by other technology.

These are a later prehistoric point used in the great plains region. Flaking was used to create the edges, and Plano points are not fluted like earlier points are.

The points were used for hunting bison, and the technology changed for this purpose. The points were not used to kill buffalo so much as to drive them over cliffs.

Some of the Plano points, especially the narrow Eden points, seem too fragile to have been effective. Some of them may have been decorative. Others were much sturdier and are clearly not decorations.

Later points are less valuable. Points from the archaic period (7000 BC to 1000 BC, split into early, middle, and late archaic) are not as rare or valuable as prehistoric points. Arrowheads that are less than 3000 years old are worth even less.

You may get more money for more recent arrowheads if they are made of unusual materials, such as gemstones. Different collectors may offer different prices for the same arrowhead, depending on what they want. Only common arrowheads made from flint, obsidian, or chert in more recent centuries are never valuable. 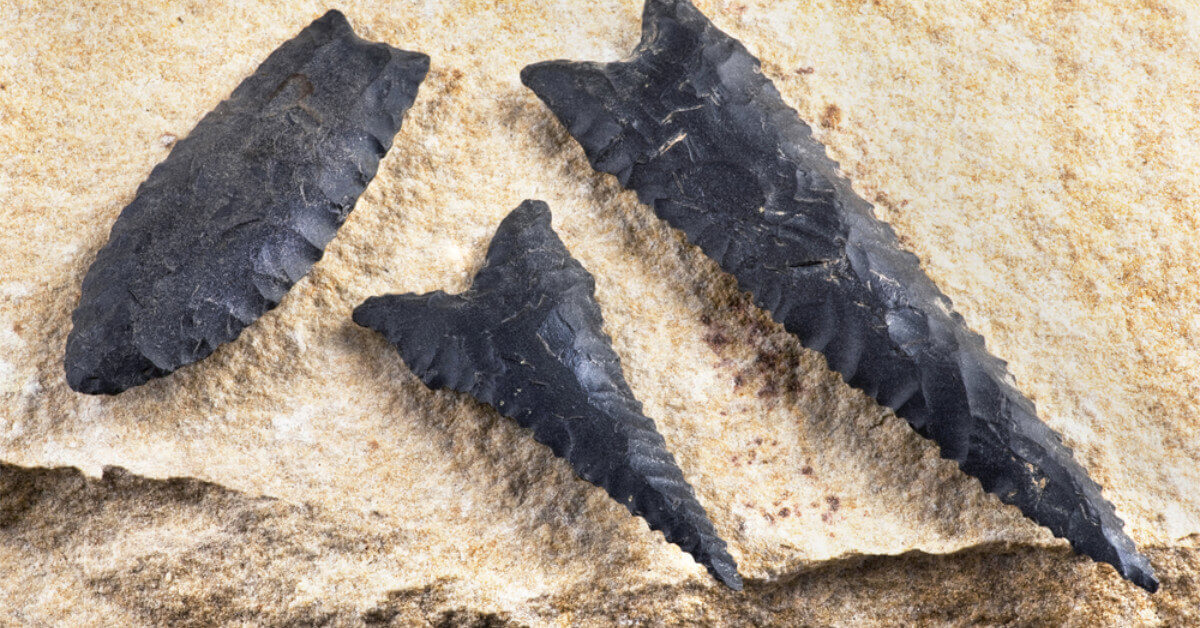 What is the Rarest Arrowhead?