What Is Snowboard Cross?

‍There are lots of variations on classic snowboarding, like terrain park styles and all-mountain styles. However, many amateur snowboarders ask, 'what is snowboard cross?'

Snowboard cross, also known as boardercross, is a snowboarding competition where four to six snowboarders go head-to-head down a fairly narrow, pre-established course. The competition is thought to be one of the biggest tests of a snowboarder's skills, such as speed and maneuverability. Snowboard cross is a very popular event in the winter Olympics.

Although snowboard cross is considered to be a specific style of the sport that snowboarders often train for, the highly competitive nature of the event means that only the most top-class snowboarders get to compete in the event. Each course is unique depending on the competition, which makes the competition even more challenging for the participants. However, to truly appreciate the difficulty and extreme nature of the snowboard cross, we will first have to outline the history and rules of the event.

As snowboarders and winter games enthusiasts, we know the ins and outs of what makes snowboard cross one of the most unique and exhilarating winter sports events in history. 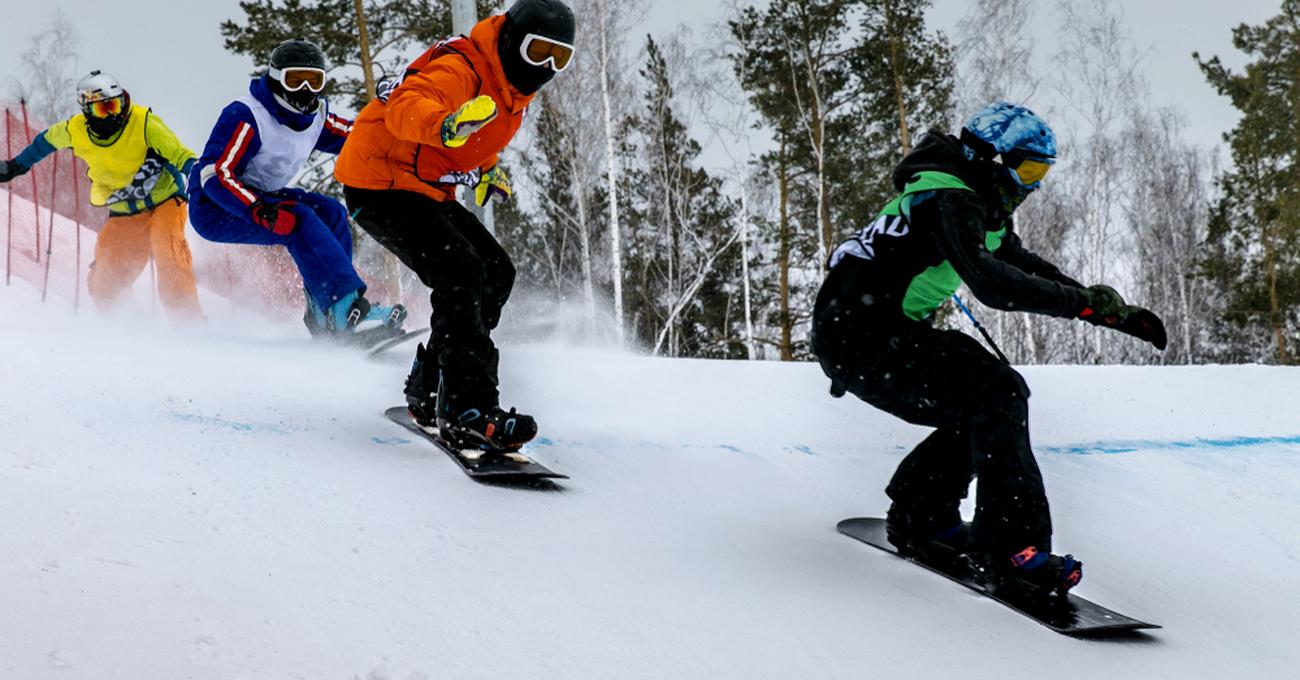 Also known by the pun boardercross, snowboard cross is a popular snowboarding competition that has been held annually ever since its inception in the early 1990s. In snowboard cross, four to six professional snowboarders go head-to-head in a race down a narrow, pre-established downhill course of about a kilometer or less in length.

In the snowboard cross event, snowboarders are tasked with the challenge of navigating down a narrow, downhill sloping course, which includes several turns, jumps, dips, berms, and other obstacles. What's more, every snowboard cross course is unique, and depending on the competition, comes with a different set of features, obstacles, and challenges for the riders every year.

Snowboard cross is thought to be one of the most top-level snowboarding events, the winter X-games and winter Olympics. The riders are tasked with navigating across the obstacles of a pretty narrow course while five or six other riders are trying to beat them to the finish line.

Even more importantly, the snowboard cross is thought to be one of the biggest tests of a snowboarder's skills, including skills like speed, control, turning, jumping, and maneuverability. For this reason, only top-level and professionally competitive snowboarders get the chance to compete in this highly challenging and exhilarating snowboarding style and Olympic event.

What is the History of Snowboard Cross?

The history of the snowboard cross is intimately tied to the history of Motorcross, which is a similar event where motorcyclists go head to head in a race through a series of turns and jumps. The very first snowboard cross event is thought to have been held at Blackcomb resort in British Columbia, Canada, in the early 1990s.

Two extreme sports television producers, named Steven Rechtschaffner and Greg Stump, were at Blackcomb resort filming segments of an extreme skiing contest for Fox TV's Greg Stump's World of Extremes when they ran out of ideas for the final episode of the series. Rechtschaffner was an experienced snowboarder and pitched the idea of a downhill snowboarding race to his partner, who instantly fell in love with the idea.

Using a borrowed snowcat, they built the world's very first snowboard cross course, and Blackcomb Mountain put in the prize money for the event. That winter, in 1991, the snowboard cross was born and immediately gained massive popularity, which eventually led the event to be aired on MTV.

Rechtschaffner trademarked the name boardercross as a way to ensure that the snowboarding event should not be put in charge of a ski-sanctioning body. He wanted to ensure that the people putting on the event did so positively, and safely that was respectful to snowboarders and their sport. This trademarking of the name boardercross is the reason why the Winter Olympics version of the event is referred to as snowboard cross.

Snowboard cross has been a popular event in the Winter X-games for many years and became an Olympic event in 2014.

What are the Rules of Snowboard Cross?

Unlike other snowboarding events, there are no points given by judges to rank the performances of each of the racers. However, there are still judges at every snowboard cross event who watch to ensure that the rules are being enforced.

In both the Winter X-games and the Winter Olympics, snowboard cross events include both men's and women's divisions, although the women's event has fewer competitors than the men's.

What Equipment Is Required for Snowboard Cross?

The equipment required for snowboard cross includes a snowboard (obviously), a pair of snowboarding boots, bindings, a helmet, and protective gear. Many racers wear hip protection and rib guards to protect themselves in the event of a fall since a high-speed race down a narrow slope alongside four to five other racers often leads to crashes.

Due to the high-speed nature of the snowboard cross event, a stiff snowboard is standard equipment because the extra flexibility of the snowboard tends to make it faster and more maneuverable. Conversely, a soft board is difficult to maneuver during turns and jumps and tends to slow down a lot easier.

What Is Snowboard Cross?