Game fishing is another way to describe some kinds of sport fishing. Generally, game fishing refers to deep-sea fishing, offshore fishing, fly fishing, ice fishing, and other forms of fishing with a significant sporting culture and method.

We sourced the information in this article from the game fishing community along with state game rules and fishing guides.

Game fishing generally refers to fishing for sport or sustenance or both. Game fishing is a massively popular hobby and also an important part of natural conservation. Game fishermen usually take small quantities of fish of many varieties, and mostly for personal use.

Game fishing isn’t exactly recreational fishing. Game fishing is usually more involved and closer to a sport than a lazy pastime. Sitting on a log with a cane pole is fun, but it isn’t really game fishing.

On the other hand, game fishing is largely recreational and subject to fewer minute restrictions. It’s considered a low-cost activity, as the rules are designed to minimize environmental impact and make it easy for ordinary people to legally take fish in acceptable quantities. Game fishermen can take multiple fish of many different kinds and more than enough to eat—just not in massive quantities.

Game fishing and commercial fishing are subject to different license requirements. Game fishing licenses are highly affordable for state residents and attainable for most out-of-state fishermen who travel for sport. They can usually be purchased for one day or a year.

Game fishing is one of the most popular sports in the country and certainly one of the most common outdoor activities. It’s enjoyed in all 50 states, and it’s a beloved pastime for millions of Americans. People travel from all over the country (and the world) to access the best fishing spots, and there are numerous competitions as well.

There are magazines, books, and even TV shows dedicated solely to game fishing. Additionally, entire chain stores supply tens of thousands of fishing products and supplies to recreational fishermen.

Game fishing doesn’t have to be expensive, as there’s an equipment setup for almost every budget. That said, game fishing expenses can easily reach into the thousands if you want to get the highest-quality gear. Additionally, licenses for the best fishing states and locations fluctuate in cost and usually go up significantly during the most popular seasons.

In short, you can start game fishing for almost no money. But if you want a good experience and reliable equipment, you’ll probably spend between $300 and $1,000 to get going. This is especially true for saltwater fishing, where a $20 Walmart fishing rod just won’t cut it.

Saltwater and freshwater game fishing are completely different and require different experience and equipment. As you might expect, saltwater game fishing is a lot more involved than freshwater fishing. The oceans are massive, and so are the fish that live in them—so you never know how big or dangerous of a catch you’ll get.

Freshwater game fishing has a very low barrier to entry. You don’t need a boat or an expensive rod, but you can upgrade to these items eventually when you’re ready. Saltwater fishing requires a tougher rod, stronger line, and access to deeper water.

To many people, the extra effort required for saltwater game fishing is more than worth it. A typical freshwater trout weighs about 30 pounds, and a 15-pound bass is a pretty good catch. But on saltwater, you can catch fish weighing anywhere from 200 to over 1,000 pounds. Also, a single 300-pound swordfish could sell for between $10 and $20 per pound of the best meat, which is nothing to sneeze at.

There are multiple kinds of game fishing, and each has a sizable following and entire industries dedicated to producing and servicing fishermen. Here are a few of the biggest subcategories of game fishing.

Big-game fishermen hunt for many kinds of fish, most often in saltwater. These fish vary by location, but some can be found all over the world. The most common big game fish are large tuna varieties, sharks, swordfish, wahoo, and tarpon.

Deep-sea fishing is sometimes conflated with big game fishing. Technically, this is true, as the majority of deep-sea sport fishermen fish for large marine animals. However, some people consider deep-sea fishing to be a sport in and of itself, as it usually takes place a considerable distance offshore.

Big game fish can be found in shallow or deep water, but the largest varieties are often only found in deep water. These include many varieties of sharks and extremely large tuna fish. Deep-sea fishing can be hazardous, as marine animals have powerful defensive capabilities and sometimes venom.

Deep-sea fishermen catch many of the same species that big game fishermen do, but their catch can be much larger. Sharks and tuna are always desirable, as are swordfish and some types of sea rays.

Is fly fishing game fishing? It certainly can be, and it’s a super popular type of sport fishing in freshwater. Fly fishing uses special ‘fly’ tackle to lure fish to the surface, where they expect to find a bug. It’s a lot more involved than traditional fishing, and it also gets some of the best catches.

Fly fishing is popular in the rocky mountains, and in the eastern states, you can fly fish all over the country. Florida is a popular location for saltwater fly fishing, which is less popular than freshwater fly fishing.

The majority of fly fishing takes place in freshwater. The exact species you’ll catch will vary based on location, but the most common fish are rainbow trout, brown trout, striped bass, and largemouth bass.

Other common fly fishing species are bonefish, striped bass, certain types of pike, walleye, bluegill, cutthroat trout, and salmon. Saltwater fish, like the wahoo and the bluefish, can also be caught using this method.

Do You Need a License for Game Fishing?

Yes, you usually need a fishing license for game fishing. Remember, game fishing is distinct from commercial fishing because of the quantity of fish taken and the method. A fishing license is required in most states to take any fish, but you don’t need a commercial license to fish for personal and small-scale use.

The rules associated with the fishing license dictate the time of year you can fish, the type of fish you can take, and the size. For example, the license may require that your trout measure a certain length or larger. This allows the younger fish to grow and prevents population depletion.

A game fishing license is often called a “Recreational Fishing License” or something similar. In other words, it permits small-scale fishing—but not large amounts caught solely for sale or commercial purposes. In other words, you can catch a large swordfish, but you can’t take 20,000 pounds of swordfish in a net.

Recreational fishing licenses usually have a ‘daily bag limit,’ which is a kind of possession limit designed to curtail overfishing. Without a commercial license, you’re bound by the number or weight specified on the license.

For example, a California Recreational Ocean Fishing License has a possession limit of five fish per day. These limits vary by location and state. 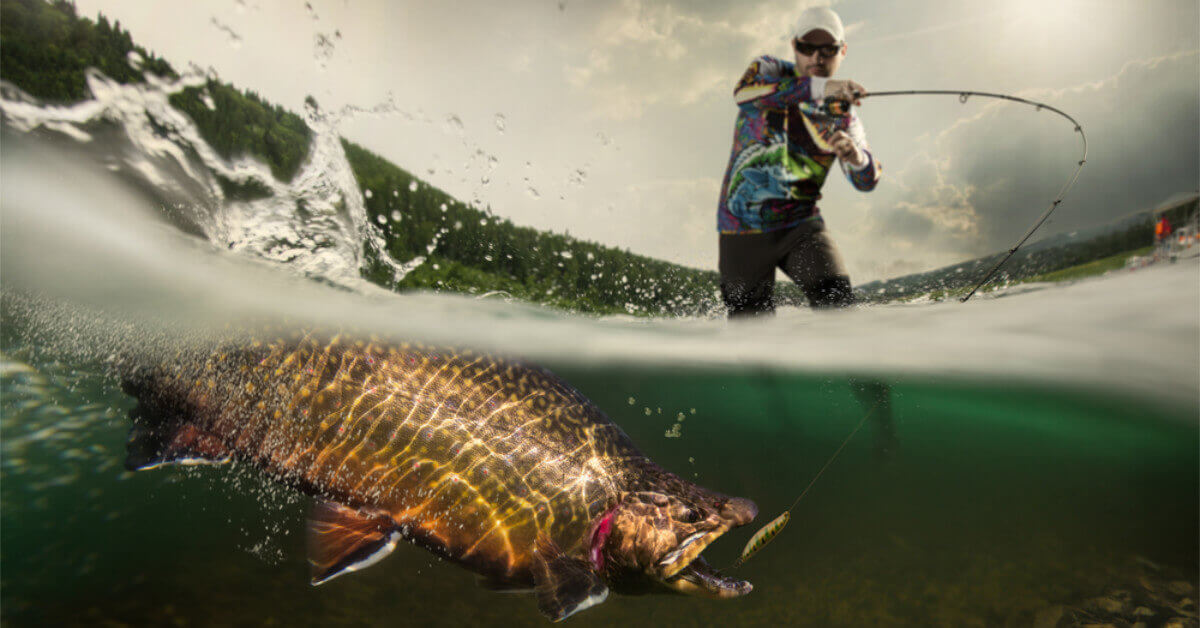 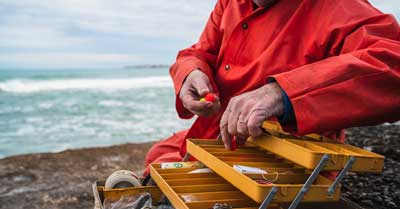