What is Buttering On a Snowboard?

Learning how to Butter on a snowboard turns the whole mountain into your terrain park. Buttering builds your skillset and makes any trail fun.

In general, buttering on a snowboard refers to any trick done on or near the ground with the board sliding flat on the snow at some point — spreading the board across the snow like a butter knife rather than digging the edge in. Ollies, spins, and presses can all be buttered.

Buttering is an important part of any freestyle snowboarder’s arsenal, but even if you’re not planning to enter a competition anytime soon, experimenting with buttering will make you a better snowboarder. To butter successfully, you need excellent control of your body and board and a really good understanding of the relationship between your board and the trail.

As a snowboard instructor, I’ve seen a direct correlation between students who excel at buttered tricks and those who can make the precise adjustments needed to excel on the boardercross course or in the moguls. But most importantly, buttering is just fun, which is what snowboarding is all about. 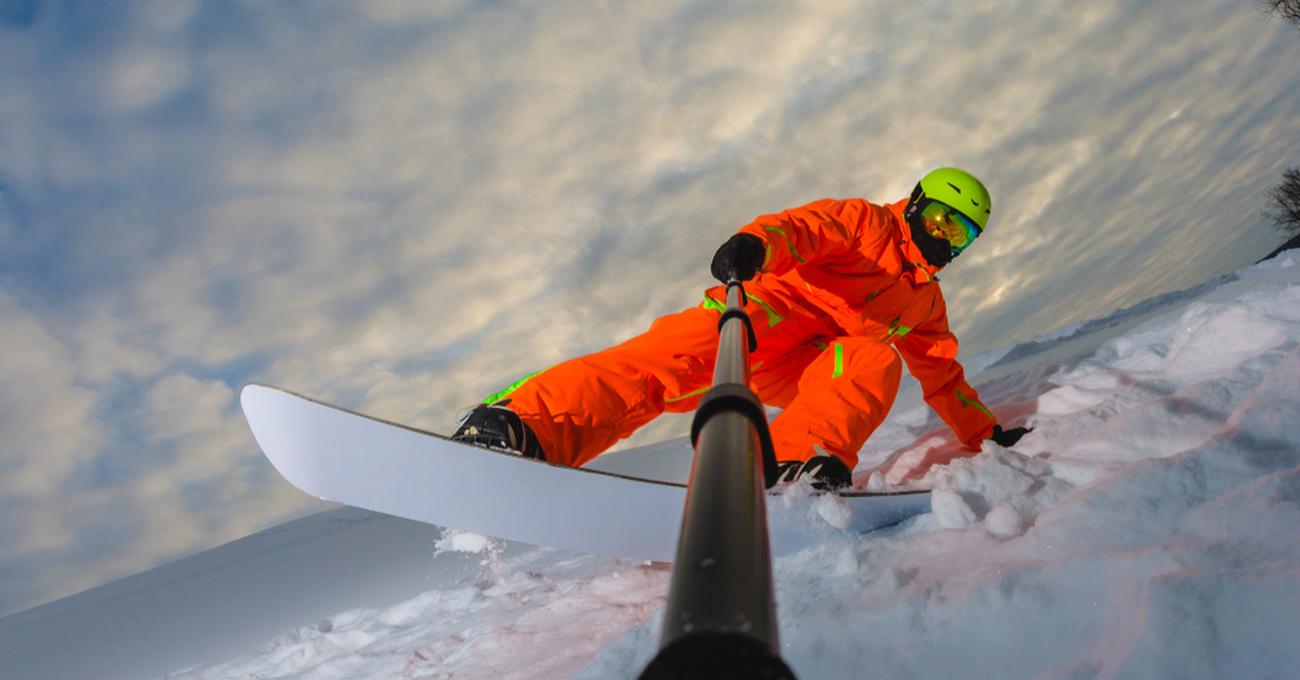 ‍How to Butter on a Snowboard

Buttering isn’t a specific trick, it’s a whole genre of tricks. Some basic buttered tricks have names, but talented young snowboarders are constantly inventing new combinations of these moves to show off their style and skill.

The X-Games Knuckle Huck Competition is a great place to get a sense of the scope of buttered tricks out there. If you watch some of those runs in slow motion, you’ll be able to see how very complex and impressive tricks are put together with the building blocks we’re going to explore today.

When we’re just cruising on our snowboards, we spend the bulk of the time on our edges — we turn from our toe edge to our heel edge, back to our toe edge, etc. But we don’t spend too much time with the board flat on the ground. You were probably taught to stay on your edges when you were learning to snowboard so that you don’t catch one accidentally and go down hard.

We put the board flat on the ground when we’re getting on and off the chairlift, but other than that, we’re almost always on an edge. Those edges keep us safe — they help us turn, balance, and control our speed — but they also limit what’s possible: they keep us moving in one direction.

When we put the board flat on the ground to butter and don’t dig any of the edges in, suddenly the board can move in any direction. That flexibility is the heart of buttering.

Before we can start experimenting with specific tricks, we need to understand some of the terminology and moves that can be combined to make a great butter.

Pop — this is how snowboarders talk about a basic jump, both feet at once, up and down.

Ollie — a jump that uses the tail of the snowboard to generate pop.

Nollie — a jump that uses the nose of the snowboard to generate pop.

Frontside Spins — spins where the back foot travels in the direction its toes are pointing.

Backside Spins — spins where the back foot travels in the direction its heel is pointing.

Rotations — spins are referred to by the degrees the rider has rotated. The most common spins are 180s, 360s, 540s, and 720s. In buttering, you’ll also encounter a lot of 90s and 270s as riders like to experiment with small adjustments.

But the MFM is relatively rare in being that complex and having a name. Most snowboarders build their own unique butters out of this toolbox and no two are the same.

If you’re ready to get out there and start developing your butter style, these are some great tricks to start with.

How To Nose-Butter 180 On a Snowboard

I recommend starting with just a Butter 180:

Do this again but don’t stop when you get to your heel edge. And then do it faster and faster so that the turn becomes a skidded spin and you carry your momentum straight across the hill instead of slowing down.

This should be a fairly quick and efficient movement and probably won’t look too much like a trick. As you get more comfortable, try to get your weight as far over your front foot as possible in a balanced position where you can hold the Nose-Press indefinitely. Then, try to slow the spin way down so everyone has plenty of time to see how stylish your press is. This will take some time and probably a few falls, but a slow, stylish Nose-Butter 180 looks amazing.

How To Nollie-Tailpress-180 On a Snowboard

This is one of my favorite tricks to do when I’m just cruising on gentle Green terrain. At its core, it’s a Tail-Press, and the longer you can hold it, the better, but jumping in and spinning out gives the press extra style. Here’s a great video breakdown of the trick. His name for it is a little simpler — I’m trying to capture every element of the trick.

First, you’ll want to get comfortable Nollying into a Tail-Press.

Landing in a Tail-Press is a challenge and takes balance and precision. Take some time to practice.

Once you’re comfortable with that, try the second half of the trick, a Tail-Press into a 180.

This 180 will likely be easier to spin using counter-rotation of the upper and lower body. If you’ve never done this before, try it in a regular 180 before putting the whole trick together.

Once you have all those pieces in place, you’re ready for a stylish Nollie-Tailpress-180.

What is Buttering On a Snowboard?