What Is a Snowboard Halfpipe?

For snowboarders, a halfpipe is an extreme sport that gives you a new opportunity to try new aerial tricks and test out your advanced snowboarding skills.

A snowboard halfpipe is an engineered U-shaped ramp with 18-foot sidewalls for snowboards to perform freestyle aerial tricks. The halfpipe is used across different major sports and in major events like the Olympics for professional athletes. The halfpipe is built using the Pipe Dragon machine.

If you have ever snowboarded on a halfpipe, you understand what it takes to do it successfully and a bit about how they work. If you haven’t, this guide will teach you what you need to know about snowboard halfpipes to be a more skilled snowboarder. 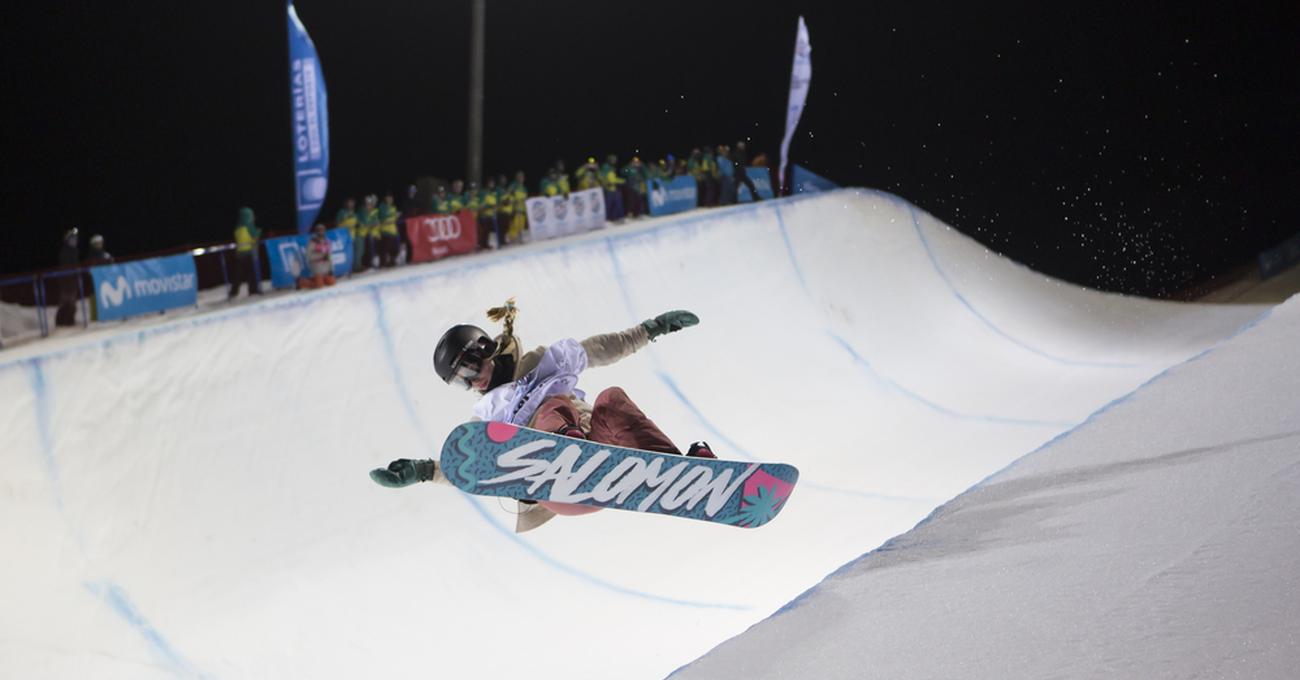 ‍What Is a Snowboard Halfpipe?

A snowboard halfpipe is a U-shaped ramp with high walls. It works by snowboarders dropping in from the top of the sidewalls and riding from wall to wall, performing tricks in the air. They are covered in snow and ice to allow snowboarders to maintain high speeds to accurately make jumps and land tricks.

These halfpipes are usually made from either wood or snow depending on where and how they are designed. It can either be designed as a single halfpipe or a longer version made into a full obstacle course.

The process for creating a halfpipe is done with a machine known as the Zaugg Pipe Monster. It automatically cuts, carves, and shapes a halfpipe for optimal safety to make sure it is made completely symmetrical for snowboarders.

A snowboard halfpipe can vary in size and height, depending on the event or location but the design always remains the same. There is typically a lower ramp at the end of each side to allow snowboards to get to the top to drop in too.

A snowboard halfpipe with a wall height of 22 feet is a superpipe. This size is typically used in extreme sports like the Olympics by the most seasoned professionals. On a superpipe, the length between the walls is about 64 feet too.

As a casual snowboarder, any park with halfpipes will typically be about 18 feet high walls. These are more standard and are considered to be traditional snowboard halfpipes.

The halfpipe was originally invented in the late 1970s and simply was a ditch in California that was used as a halfpipe. Today, engineers work with highly technical machines to craft perfectly symmetrical, high-quality halfpipes for athletes at the highest stages.

It wasn’t until the 1990s that the Pipe Monster was designed that helped take halfpipes to the next level. This machine made the process cleaner, faster, and cheaper by making perfectly uniform halfpipes for a fraction of the cost.

The wall height of halfpipes continued to grow through the years. It wasn’t until 2001 that the 18 feet wall was reached where a current halfpipe sits. The 22-foot superpipe walls took even longer to develop and today they are used widely across all of the major extreme sports events.

How To Drop-In On a Snowboard Halfpipe

The snowboard halfpipe is a challenging obstacle that requires skills and experience. It is meant for advanced riders with years of expertise on a snowboard.

To get started, you need to drop in on your snowboard to begin riding the halfpipe. Follow these steps if you have never tried a halfpipe before to master the process.

1. Align Your Board Parallel

Turn yourself sidewalls and remain parallel to the tip of the halfpipe. You want to make sure you avoid going straight in at a 90-degree angle because of speed. Instead, aim more towards a 45-degree angle.

By staying parallel, you give yourself the option to change angles and ride in a zig-zag pattern. Do not underestimate the importance of dropping into the halfpipe, because it can be dangerous if done the wrong way.

2. Flex And Bend Your Knees

Before dropping in, remember to flex and bend your knees. Once you drop in, it is important to keep the knees flexed and pump yourself up as you approach the other wall. Try to keep your knees parallel too.

Dropping into a halfpipe requires a lot of parallel movements and remaining in control and balanced. If you don’t keep your knees bent enough, you can fall much easier and collapse on your way up the sidewall of the other side of the halfpipe.

3. Pop The Tail Of Your Board

Now that your stance is ready. You can begin your drop-in by popping the tail of your parallel board. Once you pop the tail, it will propel you down the sidewall of the halfpipe and towards the center at high speed.

If you fail to properly align yourself before this step, popping the tail will send you to a bad angle and put you at risk for wiping out or not maintaining enough speed to properly ride the halfpipe on your snowboard.

4. Always Keep Your Shoulders Parallel To Your Stance

As you continue riding, try to always keep your shoulders parallel with your stance. It is a bit different than traditional snowboarding, but the parallel angle will ensure safety and higher performance.

Simply maintain your stance and don’t try to do too much. Let your board and your balance do all of the work.

How To Snowboard a Halfpipe

Safety should be your number one priority when snowboarding a halfpipe because of the potential risks that exist. Everybody is not the same, so what works for one person on a halfpipe may differ from another.

As you approach the other wall, keep your eyes high and look at the sky until you reach the top. It is common to look at the wall and misjudge the distance and fall. By trusting the halfpipe and allowing your balance to maintain control, you can ride much smoother.

Another tip is to try and not to touch the board onto the wall when you are completely flat. This will cause your speed to drop too much and you will fall. It can be a steep fall too, so it is best to focus on maintaining your speed above all else.

What Is a Snowboard Halfpipe?