Native American arrowheads have always been associated with magical power, either in a literal way or in a symbolic way.

The different stones and natural glasses used to make arrowheads symbolize different things. The arrowhead itself is a symbol of protection and courage. An arrowhead can also represent your spirit of adventure or resistance to negative energy.

Some people believe that different stones have different magical or healing properties. Other people do not believe that stones could have any magical powers but are still interested in what stones represent.

I know a lot about the arrowheads I collect, including their symbolic value. Some of my arrowheads are made of common gemstones, and I know what these gems symbolize. 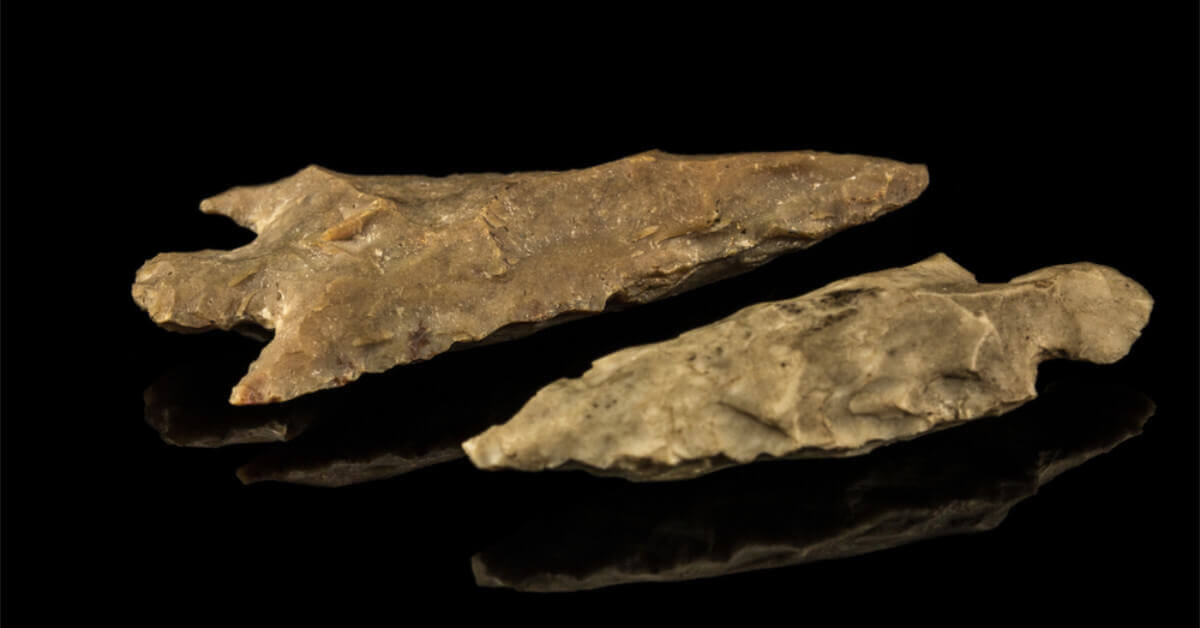 ‍What does an arrowhead symbolize?

Native Americans used arrowheads not only as weapons but as magical charms. People wore arrowheads around their necks as talismans. Arrowheads were and still are used as good luck charms.

Arrowheads and protection from negative energy

People in many parts of the world, including Native Americans, believed in the "evil eye." People were thought to be able to make you sick, ruin your luck, or kill you by looking at you in the wrong way.

Obviously, someone can make someone else feel bad by giving them a mean look. However, the evil eye is more than merely a look that causes negative emotion. Ancient people believed that these looks were very powerful and could be fatal.

People on many continents feared witches and sorcerers that might be able to kill you just by looking at you. They believed that the evil eye was magical and could affect buildings and property and not only people. They believed that you could curse someone's house or farm in this way.

Ancient people also assumed that some people could unintentionally curse others with the evil eye. They believed that a person might be born with an evil eye and accidentally hurt or kill others by looking at them in the wrong way. They might not even be aware that they have this evil power.

People also used beads to protect them from the evil eye, plus sayings and gestures. Many people today believe in the evil eye in many countries. While the evil eye may not be "real," people's emotions are still affected by subtle things, including how people look at them.

Native Americans used arrowhead charms to protect them from the evil eye. They believed that an arrowhead amulet could help you absorb the enemy's negative energy. Arrowheads represent resistance to evil forces.

Stone arrowheads were not always made of flint. People made many of them out of more exotic materials, such as volcanic glass and common gemstones.

Common gemstones symbolize many things. Different cultures have different ideas about what one gemstone represents. If you have an arrowhead made out of exotic material, you might want to look up what it represents.

What do different gemstones symbolize?

You won't always be able to find an antique Native American arrowhead made out of whatever gemstone you can think of. Arrowheads were weapons first and magic charms second, and some materials are not suitable for making tools and weapons.

Jasper is associated with comfort and reassurance. Someone who feels bogged down by fear and negative emotion might want a jasper arrowhead or another jasper artifact. People believe that jasper can protect you from fear.

Jasper also represents sympathy and understanding. A person who gets angry too often might use a jasper arrowhead because it might make them more patient with other people.

Obsidian was a common material for arrowheads, much more common than jasper. Obsidian represents taking on a difficult, dangerous challenge.

The stone is black and symbolizes going off into the underworld to face danger. Someone might benefit from an obsidian arrowhead if they are doing something wild and risky.

Obsidian will bring out your inner demons, not push them away. If you are trying to overcome an addiction or change your behavior in some other way, you might want an obsidian arrowhead. People believe it will allow you to deeply examine the darker parts of your mind and learn to deal with them better.

Quartz was an uncommon but not rare material for arrowheads. Quartz is the most common of all crystals, and it was not too valuable to prevent people from making it into arrowheads. If you look for a quartz arrowhead, you won't have trouble finding one at a reasonable price.

Not everyone does what they are good at. Some people waste time on things that they have no real talent for or do not enjoy doing.

The quartz crystal represents finding what you are truly talented at. It also represents boosting your natural abilities. You might want a quartz arrowhead if you are planning to go back to school and look for a better career.

People all over the world have used crystals, including quartz, to heal the sick. Even today, many people believe in crystal healing.

Crystal healers believe quartz can help you achieve your goals. A quartz crystal can hold on to a positive pattern of energy for long enough that you can complete a goal.