What Arrowheads Are Worth Money?

Arrowheads are worth more if they are very ancient or made out of unusual materials. An arrowhead (or more likely a spearhead) that is 10,000 years old might be worth a fortune. Arrowheads made of gems such as japer are worth more than typical grey stone arrowheads.

The last thing you want to do is sell a valuable arrowhead you found for vastly less than it's worth. The more you know about what types of arrowheads are worth hundreds, thousands, or tens of thousands of dollars, the less likely this is to happen. It doesn't take long to learn to identify an arrowhead's material, quality, and antiquity. 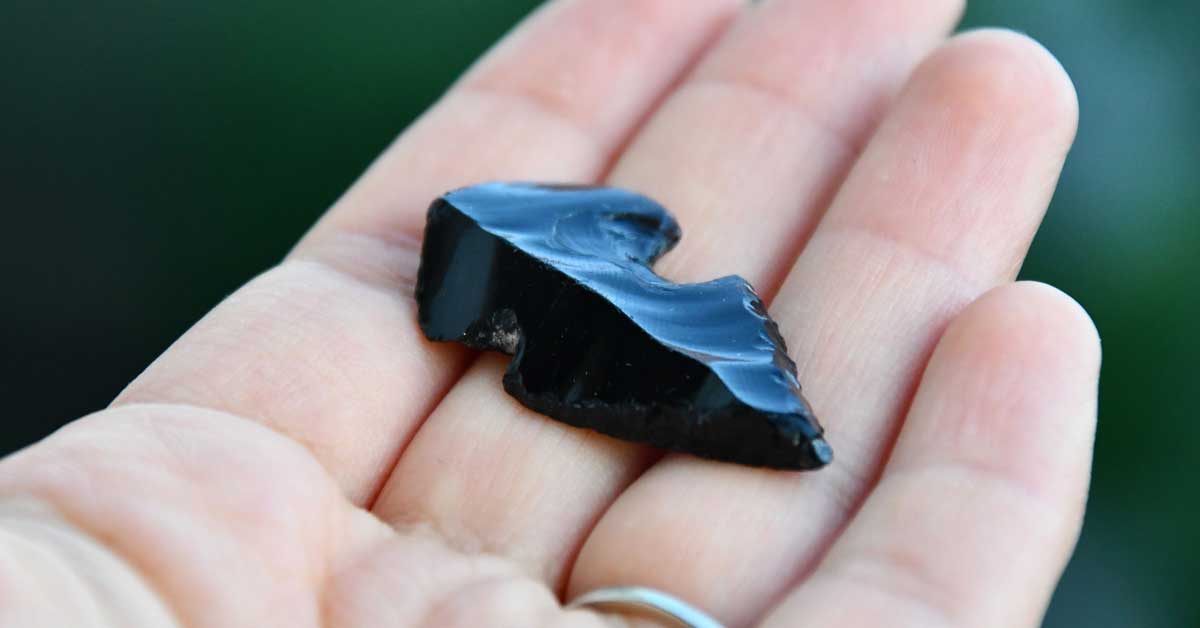 Why are ordinary stone arrowheads not worth a lot of money?

Ordinary stone arrowheads aren't worth much because they are too common. People find arrowheads in rivers and other locations all the time - farmers find them in fields, and so on. Collectors often have enough ordinary arrowheads and only want to buy unusual ones.

Enough people made arrowheads in North America for long enough that the arrows are relatively easy to find. The value of a precious metal or anything else depends on its rarity, and most types of arrowheads are not rare.

How much more valuable are prehistoric points?

Finding a very ancient point from not long after the end of the ice age can make you a small fortune overnight. The most valuable points are Clovis points, made using the oldest technology people used in North America. You can identify them by the ancient technology used to make them.

Clovis points are often referred to as arrowheads, but they might all be spear points or dart points. Prehistoric North American cultures may not have used the bow and arrow. Regardless of what Clovis "arrowheads" are, they are worth a lot of money.

While Clovis points are not extremely rare (people have found several thousand), they are rare enough to be worth money. The most valuable Clovis point ever sold was worth more than a quarter of a million dollars.

From hundreds to hundreds of thousands of dollars

The most valuable point ever sold was made of green obsidian, which is rare and an uncommon material for points. Because it was both a prehistoric point and made from a rare material, it was the ultimate prize to a rich collector. It sold for a huge amount of money at an auction.

Not everyone will pay nearly as much for rare Clovis points. Some of them are more impressive than others. Many of them are worth only a few thousand dollars, a lot but not a fortune, and they might be worth less than that if they are not in great condition.

Somewhat more than $10,000 is realistic if your point is in great condition. On eBay, you might be able to get $14500, and probably a collector could give you more than what you could get on eBay if you look around.

Only a tiny fraction of the Clovis points in the ground have been discovered. Don't assume that there are no valuable points left to find, far from it. If thousands of points have been discovered, a hundred times as many must still be out there for lucky people to find.

Are other prehistoric points valuable?

While the most exciting kind of point you can find is a Clovis point, other prehistoric points can be worth more than a little money as well. You can find arrowheads from the following time periods:

The single most valuable type of point is a Clovis point. Nothing else, not even a Dalton point, is worth as much. You can still get hundreds or thousands of dollars for Dalton points and later points, but the oldest points are worth significantly more than all others.

The arrowhead must clearly be real

Some people make fake arrowheads to sell for money. For an arrowhead to be worth a lot of money, it must obviously be authentic. It won't be worth much in uncertain cases.

If you find arrowheads in the woods, take pictures. If you have a photograph or video of you digging up the arrowhead, that might help you sell it for more. You wouldn't want to dig up a rare and valuable arrowhead and then have trouble proving it is real.

Experts can tell if an arrowhead was made using machines or modern tools. They will look at it in detail and reject it if it has machined markings.

An arrowhead with some history is worth more

If an arrowhead is generations old and formerly belonged to a prestigious collection or two, it may be worth more money. If you have any records proving the arrowhead's history, hang on to them, as your arrowhead may be worth much less without them.

Condition and quality matters a lot

Not all arrowheads were expertly made, and an arrowhead made out of an unusual material might not be worth much if it is not of high quality. Not everyone had an expert flaking technique. An expert can tell whether or not the flaking technique is excellent.

A high-quality arrowhead is sharp and symmetrical. If one side is different from the other side, the quality is not great.

Collectors also like arrowheads that fit clearly into one style. If an arrowhead is unusual for its style or does not clearly fit into any category, this makes your arrowhead less valuable. Collectors do not prefer unusual arrowheads; they want great examples of a known style.

What materials are more valuable?

While prehistoric arrowheads are better than arrowheads made of uncommon materials, arrowheads from more recent times are still worth something if they are made of the right materials. Different collectors will be more interested in different arrowheads.

Obsidian and chert are common rather than exotic materials. Your arrowhead usually won't be worth any more than a flint arrowhead. Obsidian (volcanic glass) is easy to find in some places and makes razor-sharp tools, so toolmakers commonly used it.

A quartz arrowhead is a more exciting find. Making an arrowhead out of a very hard material like quartz took a lot of skill and was not so commonly attempted. You may want to talk to an expert and find a good price for your arrowhead because it may be worth more than a little.

This is another unusual material that might be worth something if you are lucky. It is not as rare as it might sound - petrified wood was commonly used for arrowheads where the material was available. A collector that does not have any petrified wood arrowheads might want one and pay more than a little for it.

Not everyone sells their arrowheads

Most people who have found more than a few arrowheads in the woods would rather hang on to them than sell them. Unless they really need money, they are not going to sell their arrowhead collection. You could not make much money if you tried to find arrowheads to sell rather than to keep.

Did it take a long time to make arrowheads?

Usually, no. While it takes a long time to get good at flint-knapping, it does not take long to make each arrowhead. With enough practice, you might be able to make a flint arrowhead in 30, 15, or even 7 minutes.

What Arrowheads Are Worth Money?