What are Snowboard Bindings?

Additionally, not investing in a good pair of bindings will mean having less control over the snow. It will also result in more discomfort and vibrations while riding, which will take the fun out of your snowboarding experience.

Snowboard bindings are a direct connection between the rider and the snowboard. They help to transfer the power generated from the movement of your muscles into the board, which, in turn, helps with maneuvering the board.

As avid snowboard users, we have used many different types of snowboard bindings and can help you get the perfect bindings for your riding style. 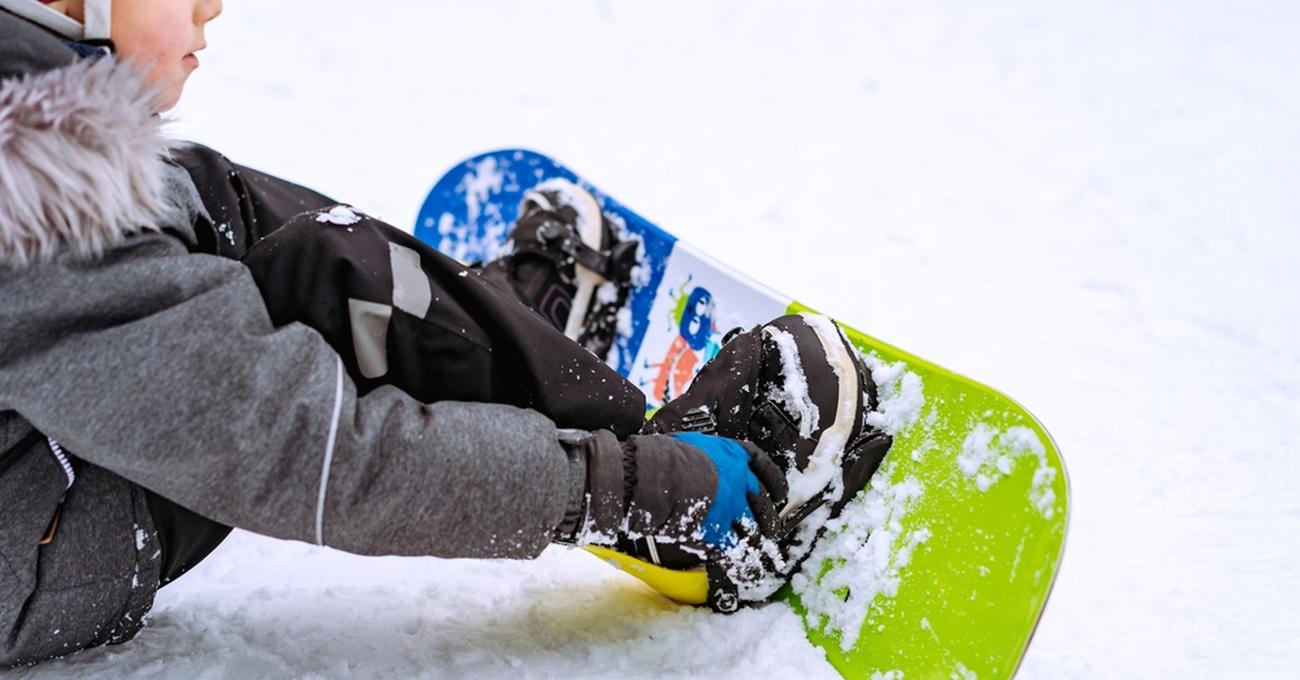 The majority of snowboarders nowadays use one of two styles of snowboard bindings. There are a variety of variations within those two major categories, such as different flex, various materials, different highback lengths, and variances in the straps and base plates.

There are also several binding mounting methods on snowboards that may only be compatible with specific bindings. In most situations, special base plates are available for bindings. Here, we will take a look at a few snowboard binding options.

Rear-entry bindings aim to combine the control and support of traditional strap bindings with the speed and ease of usage associated with previous step on bindings and step-ins. These bindings appear to be very similar to strap bindings with ankle straps and two independent toe straps or a single wide panel that spans over the top of the boot at first appearance.

The folding or hinging highback that facilitates access into the bindings is the most distinguishing feature of rear entry bindings. Although these bindings provide a quick and straightforward way to get strapped in, they have the disadvantage of being more difficult to modify than strap bindings.

Although these bindings provide a quick and easy way to get strapped in, they have the disadvantages of being more difficult to adjust than strap snowboard bindings and having a lower overall degree of fit and support.

It's simple to get into and out of a rapid entry binding. To get in, just unlock the highback to allow your boot to go inside. The highback is then easily closed over the rear of your boot and locked in place.

Users have to set up the straps just once, and then you can get in and out of them fast and simply for the rest of the day. It's simple to perform this standing up — in fact, sitting down makes it more difficult. With practice, you'll be able to strap on while moving and exit the lift immediately.

Some of the higher-end fast entry bindings even include a mechanism where the strap pulls up at the same time as the highback swings back, making getting the boot in and out even simpler.

The Burton Step-On boot and binding system, which debuted in Winter 2017/2018, is a reimagining of previous "step-in" bindings. Step-On bindings are meant to mimic how skiers lock their boots into ski bindings. It's quick, easy, and there's no need to sit down to buckle up. This novel interface is for you if you desire a quick entrance binding system without sacrificing responsiveness and stability.

Simply said, riding with step-on snowboard bindings is more pleasant than riding with regular bindings. It's simpler to get out of your bindings for ski lifts, bars, and even lunch stops. It's also a piece of cake to get back into them.

It only takes a few seconds to go into and out of the Burton clip-ins. These bindings are great on slopes that are much more fun, whether you're a novice or an expert. There'll be no more fiddling with straps or attempting to get those straps into the exact same position as the previous time you achieved the optimal balance of comfort and support.

It's worth mentioning that the Burton Step On bindings are only compatible with Burton's own Step On boots. If you already have a complete setup, this is an additional expense to consider. If you're just getting started and require snowboard boots, the Burton boots are equivalent to regular snowboard boots in terms of price.

So, who are the step-on snowboard bindings for? The step-on bindings are designed for riders who have a good bit of snowboarding expertise, whether they are intermediate or advanced. It’s also a great option if you're a newbie who doesn't mind learning at a slower pace at first in order to develop more quickly once you've mastered the fundamentals.

You want a skiing experience that involves less fiddling with bindings on and off between lifts, bars, and lunch stops. You also don't want to spend too much money. However, you don't want the convenience to come at the expense of board feel on the slopes.

Splitboard binding technology has improved in recent years, making them lighter, more efficient, and easier to use. It's also given people a lot more options.

We'll go through the many types of splitboard bindings and factors to consider, like weight, flex, and forward lean, in this post so you can choose the bindings that perform best for you on backcountry excursions.

Splitboard-specific bindings make the entire splitboarding experience that much more fun, and we strongly suggest them to anybody interested in getting into splitboarding. There are two types of splitboard bindings; Soft-Boot vs. Hard-Boot Splitboard Bindings.

Despite the fact that the great majority of splitboarders prefer one form of binding over another, a discussion on splitboard bindings would be incomplete without addressing all of the alternatives.

Snowboarders have been debating the benefits and drawbacks of soft-boot versus hard-boot bindings for years, so you don't have to look too far for information on both. Meanwhile, here's a quick rundown of the differences:

The most prevalent style of snowboard binding is strap binding, which has two straps, a toe and ankle strap. The ankle strap spans the top of the boot, securing the foot in the binding's heel cup area against the highback.

The toe cap strap ratchets over the boot's toe, securing the toes and ball of the foot in the binding and limiting undesired forward or lateral movement.

Strap-in bindings are available in a range of support, cushioning, and pricing choices, making them a fantastic choice for riders of all skill levels and types of rides.

On rapid entry bindings, the highback is similar to a drawbridge. The angle of the highback in its 'locked-in' position may be changed to varying degrees of lean forward – or adjusted back to be entirely upright, much like the strap-in high backs.

The highback may be unlocked so that it swings back (opens up) to be almost totally horizontal with the rapid entrance mechanism. This is what makes it possible to enter quickly.

It makes no sense to have a rigid binding with a soft boot or the other way around. Make sure the flex of your bindings matches the flex of your boots for the greatest results in personalizing your ride to your style.

What are Snowboard Bindings?