When you are fishing with a young kid you do not need to worry about a permit or license.  However, eventually they’ll reach the age when it is required.

Purpose Of A Fishing License

A fishing license helps protect conservation and makes sure generations to come will be able to fish.  The majority of the money that is generated from the sales of fishing licenses go right back into the waterways.

For example, some states stock trout.  These trout are purchased and stocked with the funds generated by license sales.

Some of the money may go into improving or fixing waterways.  For example, I have a small cottage in New Hampshire on a lake.  The dam was rotten and the water levels dropped by such a large percentage the State had to cancel the annual fishing derby on this particular lake.

That summer the State repaired the dam.  A portion of the money used to repair the dam was from fishing licenses.

State or Federal Wildlife officials may also use a portion of that money to study fish and their population.  For example, they may tag a species to see if they need to increase or decrease the season.

The money also funds Conservation Offices.  For example, in New Hampshire, Fish and Game is completely funded by outdoor ethuansits who need to buy licenses or permits for the sport they are participating in. This is also a point of contention, which could be discussed at another time.

Below is a list of States and the age requirements for a fishing license.  These ages are a;ways subject to change, so make sure you check local and state regulations before going fishing.

There you have it.  A quick reference guide for the ages needed to fish in every state.

Even if you are under the required age for a fishing license you are still responsible for paying attention to open season dates and laws.

Like most wild game, game fish also have season dates.  So you really want to pay attention to those.

The season dates are there to protect the fish population. If biologists figure out a certain species spawns in the spring, they will shut it down, because catching a bag limit may dramatically affect the population of that fish.

Some waterways may be completely restricted from any kind of fishing.  I know a guy in Maine who got a hefty fine and loss of license, because he was trying to catch minnows in a restricted smelt stream.

Additionally, many states restrict ice fishing on ponds that they stock with game fish.  This is again to help increase the natural fish population.

Some states may require you to buy certain stamps or additional licenses to fish certain species. For example, states that stock trout may make you purchase an additional trout stamp, allowing you to fish for trout.

If you near an ocean you may need to purchase a saltwater license.  This will permit you to surf fish.

There are certain methods for measuring bag limits.  Some may have a flat rate of X amount of fish, for example 5 trout.

Some may do it by weight or size.  I have heard of states using a 5 gallon bucket as a measuring unit.

However, you may be able to catch 2 rainbow trout, 3 brown trout, and 5 brook trout, all in one day without breaking the law.

The bag limits can change yearly, based on what biologists discover.

Some states require you release fish over or under a certain size.  These size restrictions also may change yearly.

There are certain ways to measure fish, depending on the species and states, so make sure you are up to date with this knowledge.  I usually buy guides from local bait shops, you probably can do this too.

One year I was striper fishing and caught a 19.5 inch stripper. The previous year the 19 inches was the minimum length, so I had every intention of eating this stripper for dinner.

However, this year it bumped up to 21 inches.  As I was planning my dinner in my head, I decided to rifle through the guide I had just purchased.  It was there I discovered the length had bumped up.  I had to release my dinner back into the ocean.

Another thing to consider is the tackle you are using. For example, most states have now made it illegal to use lead tackle, such as weights, lures, and so forth.  If you are someone who plans on fishing with your grandfather’s tacklebox then you want to confirm it is not lead.

You will also want to pay attention to the gear you use.  For example, there are many streams that are fly fish only and do not allow any spinning reels.

If you are fishing without a license or get caught breaking fish and game laws/regulations then you could be looking at a couple of penalties.

The two most common are loss of license and fines. I once went fishing from a kayak, in a fairly remote area, far from my truck.  Well, I unfortunately forgot my fishing license in my truck.  Newton’s law kicked in and I was stopped by a Game Warden.

The Warden gave me a $150.00 summons.  On the back of the summons it also said I was subject to losing my hunting and fishing license for a year. Luckily, the Warden gave me 72 hours to produce my license, which I did.

If you are under 18 they may even hit your legal guardian with the fine. This happened to my co-worker.  His son was caught fishing without a license and he had to pay the ticket.

Meaning if you buy a fishing license in one state the other state will honor it.  For example, Arkansas has some agreements with all of its bordering states.

New England has a lot of reciprocity laws, especially along the coast.

These are things you should research before you buy a license you may not need.

Check to see where and when you need a license. Check to see if there are any special considerations or regulations for the type of fish you will be fishing. Lastly, follow the rules set forth by the Game Commision and you should be all set.

Most states offer magazines for free that will have the current fish and game laws.  I recommend you order one of these from the Game Comnmison site in your state or pick one up at a bait and tackle store. 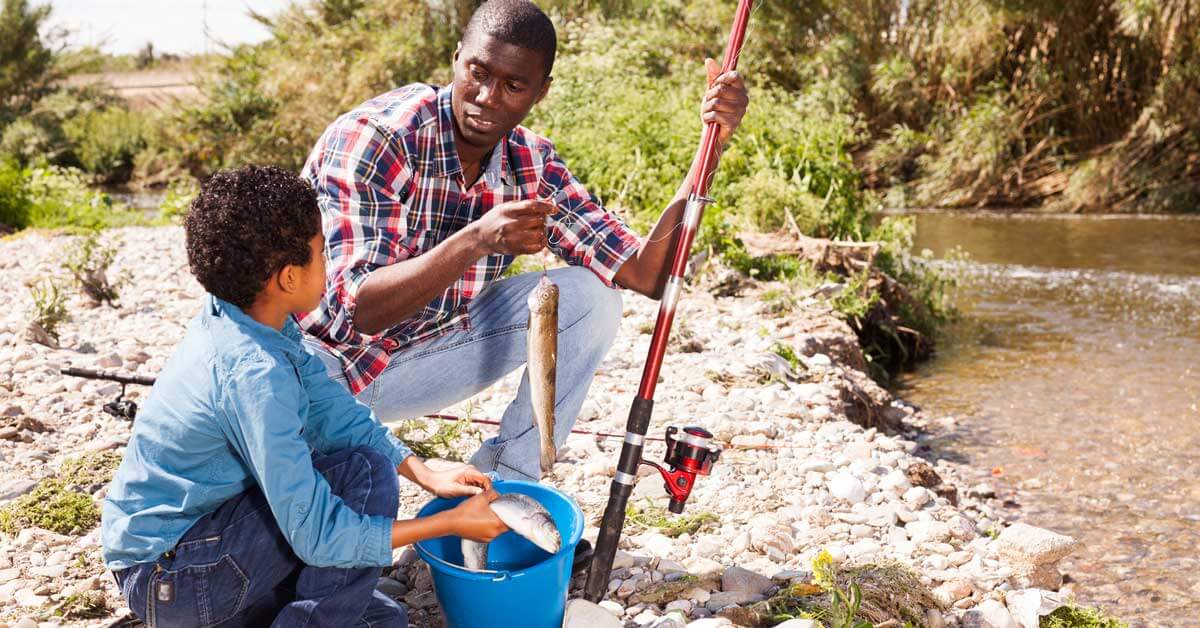