Skiing vs Snowboarding: Which Should You Choose?

You’re ready to find a reason to love winter, so you’ve decided to try one of the downhill sports. But which one is for you — skiing or snowboarding?

Despite what you may have heard, skiing is not inherently better or worse than snowboarding. Skiing is typically easier to learn, but it takes longer to master, and each sport offers unique thrills and challenges. But they’re both supposed to be fun, so I’d choose the one you’re more excited about.

Amusingly, taking the position that skiing and snowboarding are both great is probably more controversial to a lot of people than claiming that one is clearly better than the other. There are a lot of strong feelings out there. But there are so many reasons why you might choose one over the other. One might have a lot in common with another sport you already play, one might be safer for your particular body, or one might be better for the terrain you’re looking to conquer — just to give a few examples.

Full disclosure, my personal preference is snowboarding. But I enjoy and have a lot of respect for both sports. In my 15 years teaching snowboarding, I’ve seen plenty of lessons go south because a student wanted to learn to snowboard, but they signed up for a ski lesson because they were told it was easier — or the other way around. Do what you want!

‍Which Is Better: Skiing Or Snowboarding?

Neither. They’re both fun, challenging sports that will get you outside enjoying nature, keep you in shape, and help you meet some awesome people. Choosing the sport that’s right for you requires thinking through what you’re looking for and doing some research.

Some of the things you might want to consider in making your choice include:

In my opinion, the first question is the simplest and the most important. We’ll talk through a lot of details that you may want to consider, but at the end of the day, you’re most likely to push through the hard parts of learning a new sport, if you choose the one that you’re more excited about.

Unless one sport is going to be significantly more difficult or dangerous for you than another, I recommend going with your gut.

Which Is Easier: Skiing Or Snowboarding?

The conventional wisdom is that skiing is easier to learn but harder to master. Snowboarding has a steep learning curve where the first few days are very difficult, but once you’re over that hump, you can progress fairly quickly.

The primary reason that beginning skiing is often a little easier is that your feet remain separated on skis. You’ll see a lot of beginning skiers using a wedge (or pizza, if you’re working with kids) to control their speed. This snowplow-like shape gives new skiers control and stability from day one.

Snowboarders, on the other hand, have to accomplish the same control and balance with what is, essentially, one wide ski. This is called sideslipping and requires beginner snowboarders to balance on either their toes or their heels to dig one edge of the snowboard into the snow to slow down.

Unlike skiers, when snowboarders lose balance during the learning process, they don’t have a second ski they can shift their weight to. So if you go to the beginner area at your local mountain, you’ll see snowboarders falling over and struggling to stand back up again a lot more often than skiers.

However, wedge turns and sideslipping are not the goal — they’re just tools in the learning process — and by your second or third lesson, you should hopefully be progressing past them. At that point, snowboarders tend to progress a little more quickly than skiers to the point where they can comfortably ride a lot of the terrain on the mountain.

What none of that takes into account is your body type or prior experience. If you’re already a skateboarder or surfer, there’s a good chance you’ll pick up snowboarding faster than skiing. On the other hand, if you’re a rollerblader or ice-skater, skiing may come a little easier to you.

One may be better for your body too. If you’re a little overweight or out of shape, you can definitely still learn. Once you’re comfortable, a big part of skiing and snowboarding is standing balanced and letting gravity do the work. But if the idea of struggling to get up off the ground over and over in your first lesson is intimidating, choose skiing.

One thing that skiers and snowboarders universally agree on is that snowboard boots are more comfortable than ski boots. So if you have sensitive feet, snowboarding might be the way to go.

Which Is Easier For Children: Skiing Or Snowboarding?

Which one should your kids try first?

Young children can learn the pizza or wedge technique on skis and, after a lot of practice, can usually learn to control their speed and ski with relative safety and independence on green terrain. Skiing on green terrain in a wedge requires very little joint movement, so it’s friendly for all ages.

Children learning to snowboard can turn just by leaning one way or another on very flat, beginner terrain, but even on steeper green terrain, they need some ability to flex their ankle and knee joints to continue to balance on the edge of the snowboard and control their speed. Very young children can develop these muscles, but it takes a lot of repetition. It doesn’t usually come intuitively until about age 8.

So if you’d prefer your child to be a skier or a snowboarder, and you’re willing to be patient and teach them yourself or sign them up for short, private lessons, either is possible. But if you expect your child to be riding green terrain in a group lesson with 10 other kids within a few months of learning, skiing is probably a better option if they’re younger than 8.

Which Is Safer: Skiing Or Snowboarding?

A 2011 study found that, while snowboarders were much more likely to get injured, they were also significantly less likely to die on the slopes than skiers. Probably the most important takeaway from those numbers is that the individual is more important than the sport in determining risk.

Several factors may explain those numbers. Skiers, on average, go faster than snowboarders, and because skiing can be easier to learn, it’s easier to go too fast and get out of control for relative beginner skiers than it is for snowboarders.

In contrast, because beginner snowboarders often fall more, they’re more likely to sustain minor injuries overall than skiers. Additionally, snowboarding culture tends to be more about tricks and learning to hit jumps and rails, which increases injury risk. However, again, snowboarders are likely to approach new tricks and features in the park relatively slowly, so while they may fall, they’re unlikely to get seriously injured.

The kinds of common injuries also differ. Snowboarders often injure their wrists, elbows, or rotator cuffs, for example — often while breaking those frequent falls. Lower body injuries to the knee and ankle are more common among skiers and sometimes happen without a fall even being involved because skiing has put stress on a rarely used muscle.

But that’s enough about injuries! In the world of extreme sports, both skiing and snowboarding are relatively safe and can be learned in a controlled environment by people of all different ages and fitness levels. Exercising good judgment about what kinds of trails, conditions, and tricks you’re ready for, and slowing down a little, will go a lot further towards keeping you safe than which sport you choose. Taking a lesson your first day out will also help smooth the learning process!

There are individuals for whom one sport might be safer than the other. For example, I worked with a student who’d had multiple ankle surgeries for whom the kind of ankle movement required by skiing would have been almost impossible, not to mention dangerous. But those situations are based on a person’s unique physicality, not on one sport being inherently safer than the other.

There was a time when the line between skiing and snowboarding was clearer. However, over the past few decades, snowboard racing has become more popular as has freestyle skiing, effectively blurring the lines between what used to be two distinct cultures.

That being said, skiers can go faster because they have roughly twice the length of edge in the snow that snowboarders have. That doesn’t mean snowboarders are slow — I spend much more time slowing down than trying to go faster — but if all other factors were equal in a race between a skier and a snowboarder, the skier would be almost guaranteed to win. So if you’re all about speed, skiing may be more fun for you.

As someone who snowboards more than I ski, I find snowboarding more fun because of how snowboarders often look at the mountain. We consider it one big playground. We like to ride different trails in different ways. We like to take our time and explore and find every little side-hit and powder stash along the way.

That’s not how every snowboarder rides, of course, just like how not every skier is a racer. But if you’re creative and experimental, and you value style and expression in a sport, snowboarding might be for you.

Which Is Cheaper: Skiing Or Snowboarding?

Mountain costs, from lift tickets to lodging, are equal for skiers and snowboarders. However, ski equipment is significantly more expensive than snowboarding equipment.

This is pretty clear-cut. Skis often cost almost twice as much as a snowboard because there are two of them instead of one. Ski boots are more expensive than snowboard boots because they’re more technically advanced. Snowboard boots are larger and stiffer than shoes but are still boots at their core. Finally, many skiers also use poles, which are an expense snowboarders don’t need to worry about.

If My Friends Snowboard, Should I Ski?

If you already know how to ski, yes. Snowboarders and skiers ride together all the time. But if you have friends who already snowboard, and you’re considering learning, it probably makes more sense to try the sport they know. The same goes for skiing. 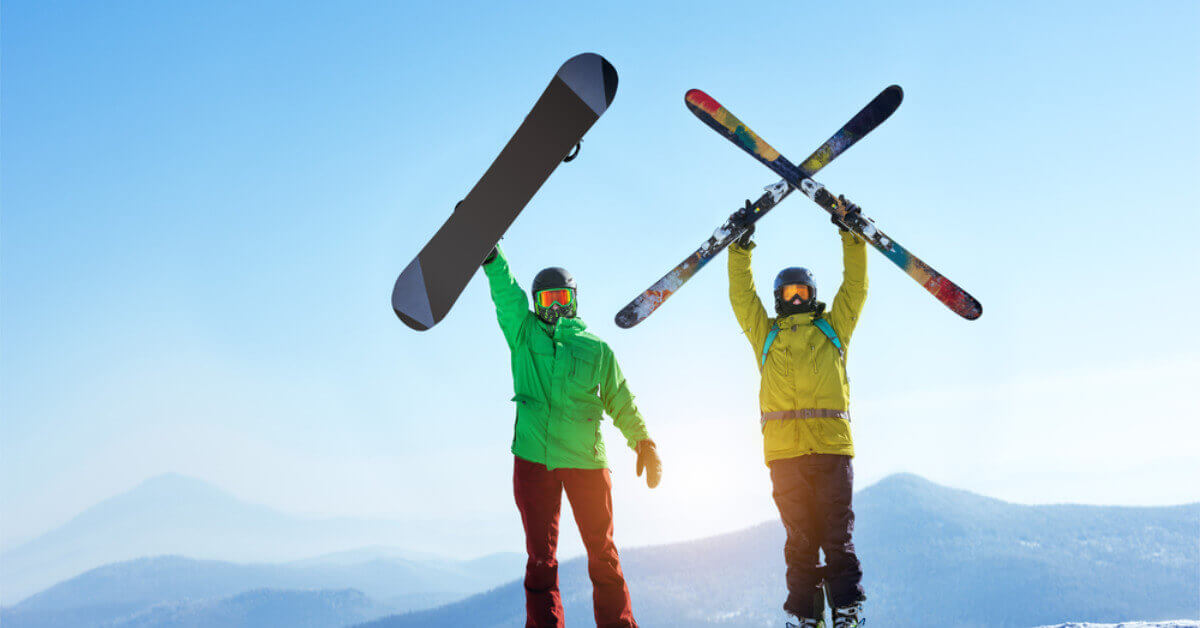 Skiing vs Snowboarding: Which Should You Choose? 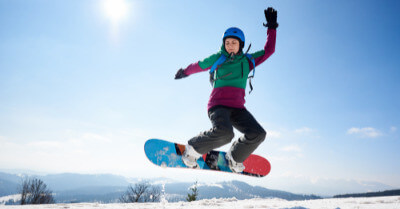 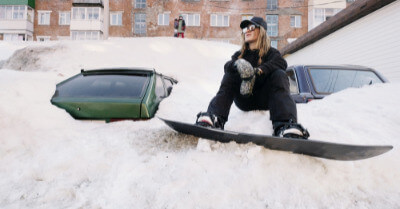 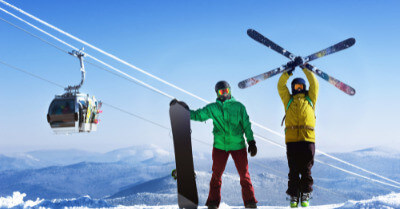 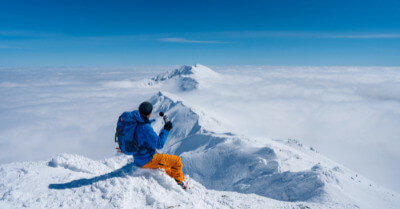 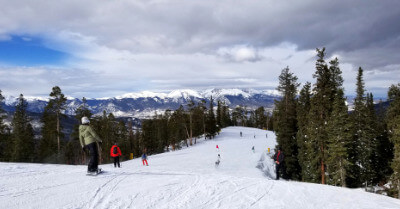 What Is The Easiest Snowboard To Ride? 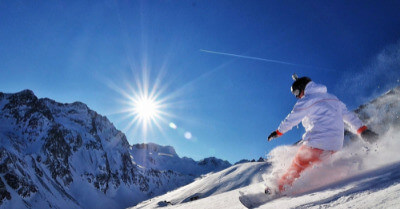