Parts of a Snowboard Deck

A snowboard might seem like a simple board that glides on snow to a novice. However, these boards have various components. So, what is a snowboard deck?

Although the parts of a snowboard are not that difficult to learn, it is essential to get yourself acquainted with the different elements of your snowboard and how they work, especially before you hit the slopes. In doing so, you will quickly recognize that even the simplest snowboard is actually a marvellous feat of engineering. Moreover, learning the anatomy of your snowboard is crucial to taking better care of it in the long run. 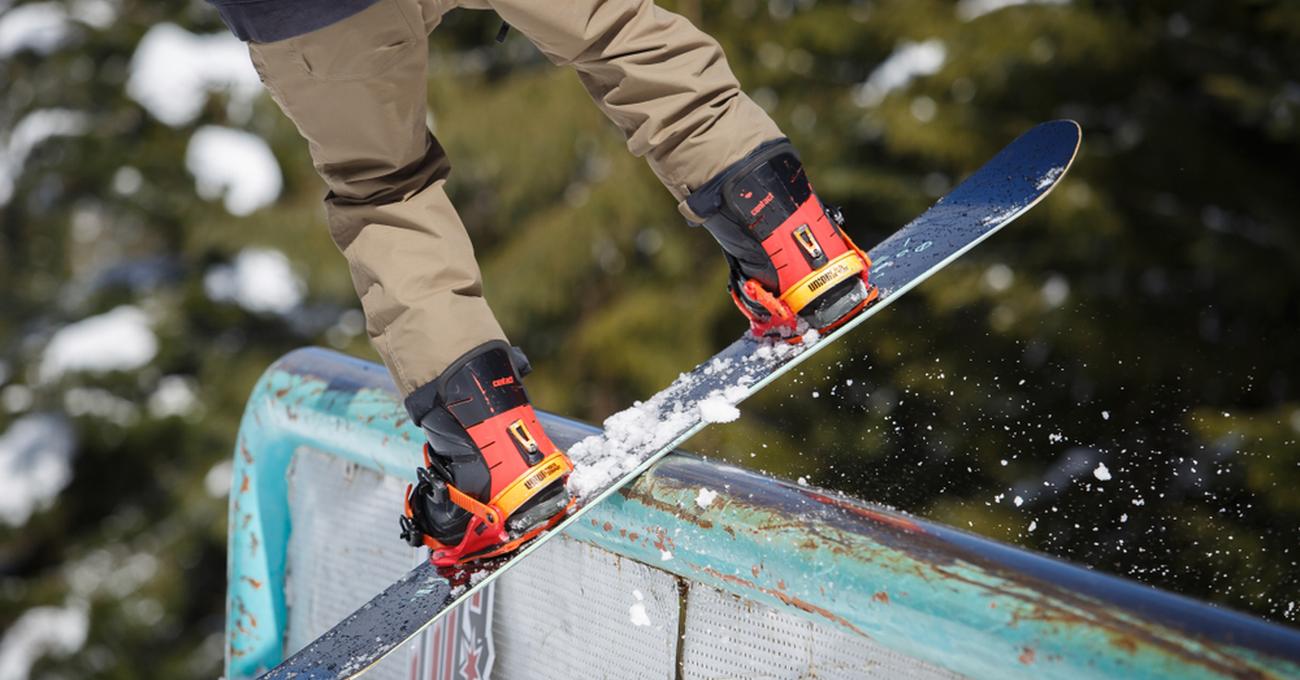 A snowboard is comprised of several parts, each of which plays a crucial role in allowing the snowboarder to glide down a snowy slope with both speed and control. The basic anatomy of a snowboard constitutes the following parts.

The bottom side of the snowboard that is in contact with the snow is called the base. The majority of snowboard bases are made using a polyethylene material known as P-Tex and come in two distinct types: sintered and extruded.

The camber is the arch made by your snowboard when you place it on a flat surface. The higher the camber, the more pressure experienced by the nose and tail of the snowboard. Flat camber is typically used by boarders who make lots of freestyle moves because snowboards with a flat camber tend to spin quickly.

A slightly springy camber is usually thought to be ideal for most snowboarding levels as the springiness helps to stabilize the board on hard snow and at higher speeds, thereby improving maneuverability.

The flex point of a snowboard can be found at the point in between the two bindings on the snowboard deck. This is the point where the board ends or begins its flex. With regards to this, there are two types of flex points: stiff torsional flex, which allows a board to grip hard ice and snow, and soft torsional flex, which makes the board less responsive but much more forgiving.

Boards with soft torsional flex are easier to turn and handle better in bumps, making them more popular amongst beginners and lightweight riders.

The nose or tip of the snowboard is the front end of the board in front of the rider’s front foot. If the snowboards front and back ends are similar, the nose or tip is the end that is turned up slightly higher. Snowboards used by high-speed alpine riders typically have a more pointed nose to prevent the board from digging itself into the snow.

The rear end of the snowboard, behind the rider’s back foot, is known as the tail. Typically, the tail is flatter and more square-cut than the nose, while many alpine boards permit more turning power and coordination via a split in the tail.

The mounting holes on a snowboard deck allow you to connect your bindings in various stances and angles. Therefore, riders can adjust their bindings to make their ride more responsive or more forgiving.

Parts of a Snowboard Deck