‍Snowboarding is a popular and exhilarating winter sport that requires a lot of skill and experience to perform competently. However, is snowboarding dangerous?

In theory, as well as in practice, yes, snowboarding is a dangerous sport. The level of skill and experience required to snowboard competently is necessary to keep yourself out of danger. Add to this the snow and weather conditions that could cause nasty falls, and what you have is a pretty dangerous sport.

While snowboarding can be regarded as a dangerous sport, it is worth noting that the more skilled and experienced a snowboarder you are, the more able you will be to manage the risks and dangers. Notably, medical studies have found that snowboarders get injured due to falls quite often, but the level of injury is usually minor, especially in comparison to the common types of injuries that befall skiers. In a nutshell, any activity which involves sliding down an icy mountain has unavoidable risks and hazards that require years of experience to manage safely.

As snowboarders and winter games enthusiasts, we have the experience to know what makes snowboarding dangerous and how to manage those risks properly. So, let’s get into it! 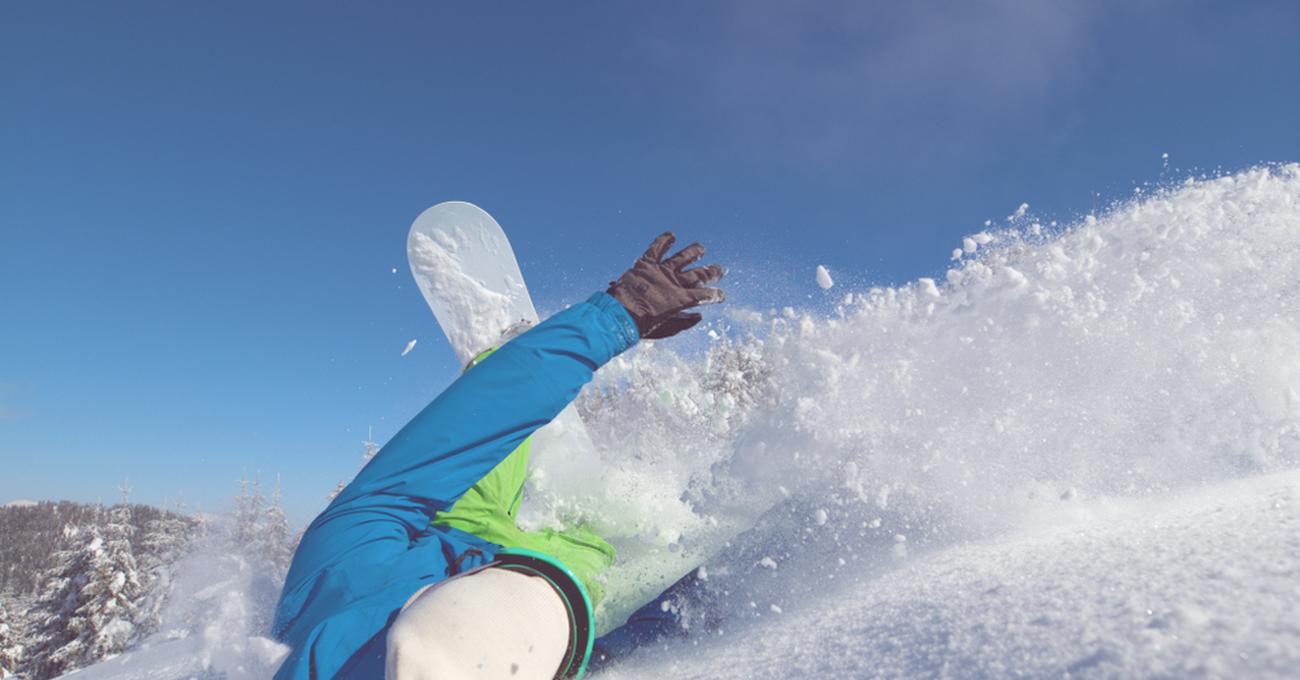 Many videos of snowboarding crashes found online scare amateur or beginner snowboarders into the idea that snowboarding is too dangerous for them. And yes, snowboarding does come with various hazards and risks that make it a dangerous sport.

However, it is important to remember that any sport comes with various dangers that need to be safely managed. Moreover, some sports come with a higher chance of injury as compared to others. Snowboarding is definitely one of these sports.

Snowboarding involves sliding, or shredding, as the pros call it, down a slippery, snowy, and sometimes icy mountain slope on a single board. The turns and maneuvers involved in snowboarding make chances of slipping and falling very high, and inexperienced snowboarders are typically at a higher risk of falling than advanced riders.

Notably, advanced riders have the skills and experience required to be able to take more risks while snowboarding. These risks come with sharper turns, steeper slopes, dips, and jumps. Therefore, advanced snowboarders are at a greater risk of sustaining a more serious injury as compared to amateur and intermediate riders.

How Dangerous Is Snowboarding?

There is a very broad generalization that says that while snowboarders tend to suffer more injuries than skiers, the injuries they suffer in comparison to skiers are typically more minor. While we will return to the important comparison between the dangers of snowboarding and skiing in a later section, this brings up an important question: how dangerous is snowboarding exactly?

Snowboarders tend to fall over quite frequently, especially if they don’t have much experience under their belts. Snowboarders have both feet fixed to a single board, and so the typical mechanism for a snowboarding injury is a backward or forwards fall broken by outstretched arms.

However, falling over is only part of what makes snowboarding a dangerous sport. Snowboarders are typically drawn to soft and deep, powdery snow rather than a compacted course of snow known as a piste. Snowboarding off-piste increases the risks of several dangers, including possible avalanches, concealed rocks, unmarked cliffs, and tree wells.

While many of these dangers are controlled for in resorts, it is in snowparks and especially in backcountry snowboarding that snowboarders face the most risks. A high percentage of snowpark riders come back down the mountain on a stretcher, mostly because they are professionals who are trying to test their limits and push their boundaries.

The two most common types of injuries sustained by snowboarders are sprains and fractures. These injuries usually come about due to a forward or backward fall broken by outstretched arms, and hence wrist injuries are very common among both beginner and novice snowboarders. Meanwhile, experts tend to sustain fractures or sprains to their ankles due to their attempts to perform stunts.

After wrist injuries, shoulder and elbow injuries are the second most common areas of fracture or sprain in beginner and novice snowboarders. Notably, experts usually do not sustain injuries to their elbows and shoulders because they have the experience to know how to fall in the safest possible manner.

Injuries to the lower extremities are much less common in snowboarding, such as injuries to the knees and ankles. This is in part due to the evolution in the design of snowboard boots and bindings.

Is Snowboarding More Dangerous Than Skiing?

It is commonly held to be the case that while snowboarding is plenty dangerous, it isn’t as dangerous as skiing. Notably, the National Ski Areas Association published a study that found that while snowboarders were 50 to 70% more likely to get injured, they are also a third less likely to be killed on a mountain than skiers.

However, many professionals contest the findings of this study, claiming that there are many more amateur skiers than amateur snowboarders. What’s more, during snowboarding falls, the snowboard does not come off, unlike skis. Hence the snowboard drags through the snow, acting like a brake, which leads to more fractures overall.

Having said that, it is also the case that the most serious skiing injuries happen due to high-speed collisions rather than falls. Meanwhile, snowboarders attempt tricks and stunts much more than skiers. Therefore, although injuries are more common among snowboarders, a high-speed skiing collision is far more dangerous and can lead to some seriously fatal injuries.