Is It Illegal To Pickup Arrowheads In Texas?

In some places, there are laws against digging up or selling arrowheads and other artifacts. Is it illegal to pick up arrowheads in Texas?

No, it is generally not illegal to pick up Indian arrowheads you find on private property in Texas. A lot of people hunt for arrowheads on other people's property with the owner's permission. Laws in Texas are at least as lenient as laws in most other states.

Even though it is mostly legal to pick up arrowheads in Texas, there are some laws to keep in mind. For example, you cannot remove arrowheads from state/federal land.

There are many great locations to find arrowheads in Texas, and it can be completely legal if you know what you're doing. I have been finding arrowheads in the woods for years and know how to do it legally. 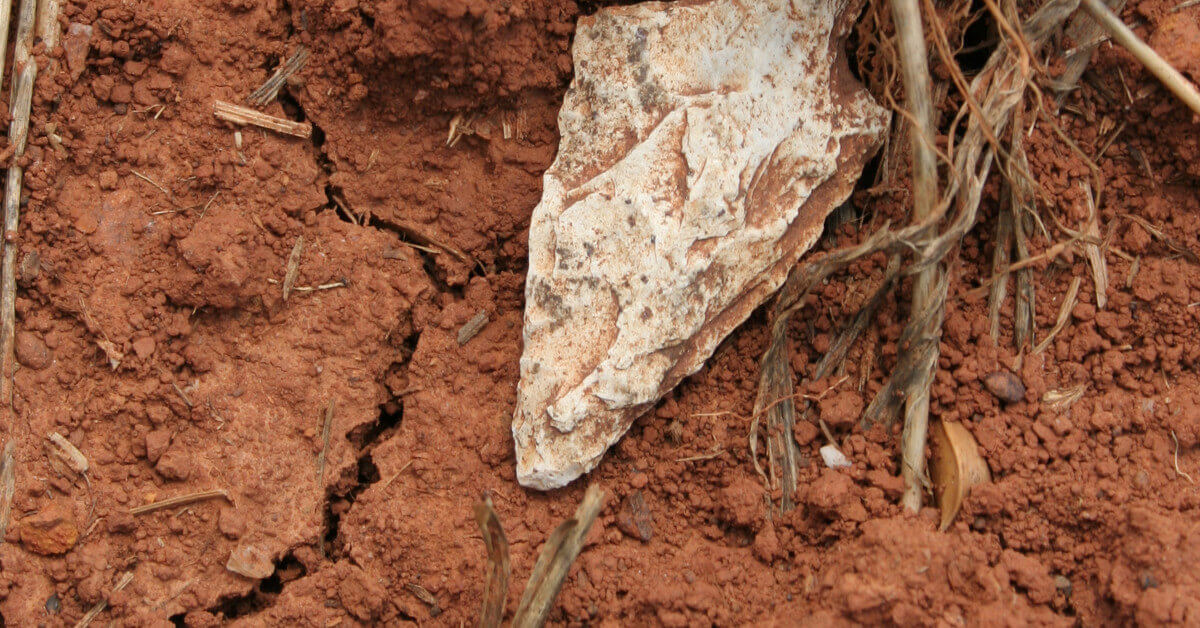 You can keep arrowheads you find on private land

If arrowheads are on the surface, can you pick them up on public land?

However, it can be legal to dig for artifacts in Texas because of property rights. The property owner gets to decide what happens to an archeological site on their land.

Any of the following are public land:

There are privately owned lakes that the public is allowed to use, where you may find arrowheads. It is usually legal to find arrowheads at these locations.

It depends on what state you are in. For example, it is legal in Missouri but illegal in Florida. Riverbeds are a good place to find arrowheads, but make sure it is legal.

Trespassing laws usually do not cover rivers. If the river is big enough to take a canoe down easily, it is usually legal to use the river. Check the laws in your state.

Is it legal to dig for arrowheads?

It is not legal to dig up archeological sites. Digging for artifacts on Federal land or Indian reservations is illegal under the Archaeological Resources Protection Act of 1979.

The act is there to protect sites valuable to archeologists from being dug up by amateurs who will not learn valuable archeological information. The laws also protect native cultural heritage sites. It is considered looting to dig up a burial mound.

Oddly, the laws do not apply to natural artifacts, such as dinosaur fossils. You can dig for fossils on public land. Fossils are considered paleontological rather than archeological, so the act does not apply.

Digging up burial mounds is disrespectful and illegal. You cannot dig up an area where you find human remains or assume you are likely to find them even on your own property.

It is not necessary to illegally dig up burial sites to find good arrowheads. One of the best places to find arrowheads is near rivers, where it is usually legal to look for arrowheads.

You can also find arrowheads after a flood, even a small flood that does not damage any property. When a river floods, it disturbs the ground and can uncover artifacts.

The 1979 act does not apply to private land, so it is legal to dig for arrowheads. The owner of the property must be willing to let you dig, or else you could be charged with damaging their property. You cannot dig up human burial sites even on private property.

How do the laws in Texas compare to laws in other states?

In Texas, property owners decide what happens to artifacts on their land. This reinforces the legality of digging up sites without having an archeological permit.

If you find artifacts on someone else's property and you have permission from the owner to keep what you find, you can take and sell the arrowheads. Texas property rights mean that the owner can decide to do what they want with archeological sites on their property.

Do a lot of people look for artifacts illegally?

Yes, some antique dealers illegally dig up sites on private property to find artifacts to sell. Some even hire people to dig up sites at night. This is illegal and unethical for many reasons, including because it damages the owner's property.

Artifacts found by archeologists are taken out of the ground carefully while collecting as much information as possible. They take detailed notes and photograph everything as it is removed from the ground.

If someone digs up a burial mound without notes and photographs, it stops being possible to learn as much about the site as archeologists could have.

Campsites are not quite the same as burial mounds. It may be more ethical or legal to dig up campsites. The best place to find arrowheads is on or near the surface.

How old are the oldest arrowheads in Texas?

Projectile points as much as 16000 years old have been found in Texas. These spear or dart points are some of the oldest tools ever found in the Americas.

This surprised the discoverers, who did not expect to find anything that old in Texas. The points are more than 2000 years older than anything previously found in the area.

How long ago people came to the Americas is not known for sure. A conservative estimate is still only about 16000 years, roughly as old as the recent finds in Texas. Most archeologists believe 20,000 years is the best estimate.

However, evidence is building up in favor of much earlier dates. There may have been people in the Americas for about twice that long.

Is It Illegal To Pickup Arrowheads In Texas?