Arrowheads vary enormously in price, from less than $20 to tens or hundreds of thousands of dollars in exceptional cases. Arrowheads made of unusual materials and especially prehistoric arrowheads are the most valuable.

An average arrowhead probably isn't worth much because less valuable arrowheads are the most common. The more unique and rare an arrowhead is, the more valuable it is. An expensive arrowhead is something other than an average flint arrowhead of a common type.

I have been finding, collecting, buying, and selling arrowheads since I was a kid and I know all about which types of arrowheads are worth the most. I haven't yet found an arrowhead that is worth a fortune, but I would know it if I saw it. 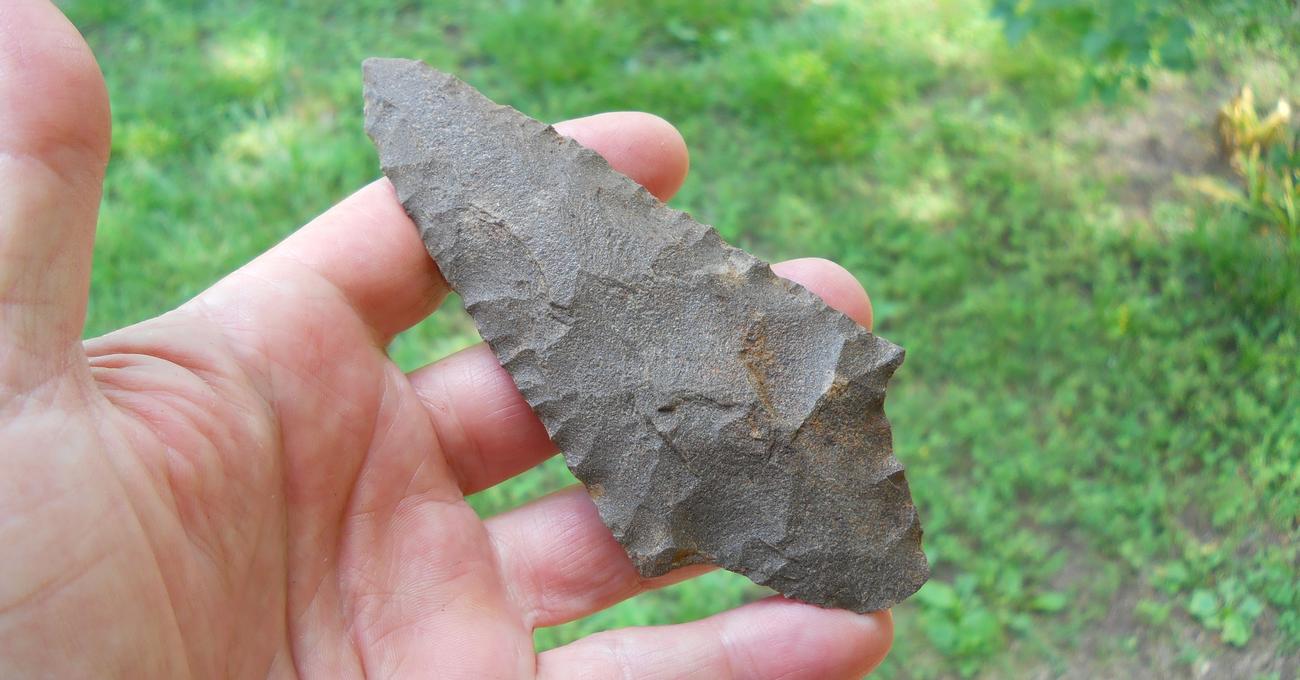 ‍What are Common and Ordinary Arrowheads Worth?

Common flint arrowheads are only worth about $20 or so, even if they are in reasonably good condition and not broken. The reason why they are not valuable antiques is that a lot of people have them and don't want them. Collectors might start with ordinary arrowheads, but they quickly become interested only in rarer ones.

What Makes Arrowheads Worth More than That?

One of the first things that makes an arrowhead valuable is being made of an unusual material. Arrowheads made of flint and usually arrowheads made of obsidian are too common to be valuable. Chert, jasper, coral, and petrified wood were also used to make arrowheads - these rarer materials are more valuable to collectors.

Whether or not the arrowhead is in great condition also matters. Collectors also want arrowheads that are a good example of a specific style. If the arrowhead doesn't fit clearly into any well-known style, a collector might not want it.

The quality of the arrowhead also matters. If it was made using pressure flaking or is very symmetrical, it may be worth money, especially if there are other things that make it valuable. Larger and thinner arrowheads are also worth more.

Obviously, an arrowhead won't be worth a lot of money if it is a modern reproduction. Since some Indian arrowheads are fake, records proving that an arrowhead is real can add to its value.

If you buy an arrowhead that costs more than a little, look for some documentation about the history of the arrowhead. Where was it found, who found it, who has owned it since it was dug up? Has the arrowhead been part of any important collections?

If the history of the arrowhead is well-known, it is easier to sell it for more money. If you dig up arrowheads yourself, you might take pictures of where you take them out of the ground. You should also write down when and where you found it.

What Makes Arrowheads Worth a Fortune?

Nothing is better than finding a prehistoric arrowhead that is from the ice age or not much later. There are specific types of very ancient points that collectors are interested in. If you find a Clovis point - the most sought-after type of prehistoric point - you have something valuable.

Clovis points are worth thousands or tens of thousands of dollars, and the most expensive ever sold was worth 276,000 dollars. Clovis points are from 10,000 to 13,500 years old and are no longer believed to be the oldest types of points in North America. They are often called arrowheads, but they were actually dart points.

The Overstreet Guide is Your Best Bet

If you want to learn about arrowheads in detail, you should get the Official Overstreet Indian Arrowhead Identification and Price Guide. The Overstreet guide is the single best guide to arrowheads for collectors.

The last thing you want to do is find a valuable arrowhead and sell it online for only a few hundred instead of thousands of dollars. If you don't know enough, you might mistake it for an ordinary arrowhead or an only moderately valuable one.

What Information Does the Overstreet Guide Contain?

The Overstreet guide contains just about all the information you could want when trying to identify arrowheads. The guide contains more than 12000 images of arrowheads and other stone points. It categorizes them by region, by time period, and in other ways.

An arrowhead that someone finds in the woods as a kid might have sentimental value to them. If they find out that it is somewhat valuable and that they could get hundreds of dollars for it, they probably won't sell it. People often like their arrowheads and want to keep them.

While finding arrowheads in the woods or using a metal detector to find objects is a great hobby, you can't usually make a job out of it. There is too much luck involved.

However, you might have luck on your side. You might find an arrowhead that is worth tens of thousands or more if you are in the right place at the right time. There are also plenty of other very valuable artifacts out there for lucky people to find.