An expert can look at an arrowhead and know its age, type, and value. With the right information, you can become a minor expert yourself.

By the design of the arrowhead, you can identify its age. You can differentiate between valuable paleo points (more than 9500 years old), archaic points (10000 to 2700 years old), and more recent types that are not worth as much. You can also categorize arrowheads in many other ways.

I do not remember every style of arrowhead - there are more than a hundred styles, and not even a professional archeologist remembers them all. However, I have been finding and collecting arrowheads since I was a kid. If I ever find a prehistoric point worth tens of thousands of dollars, I will recognize it. 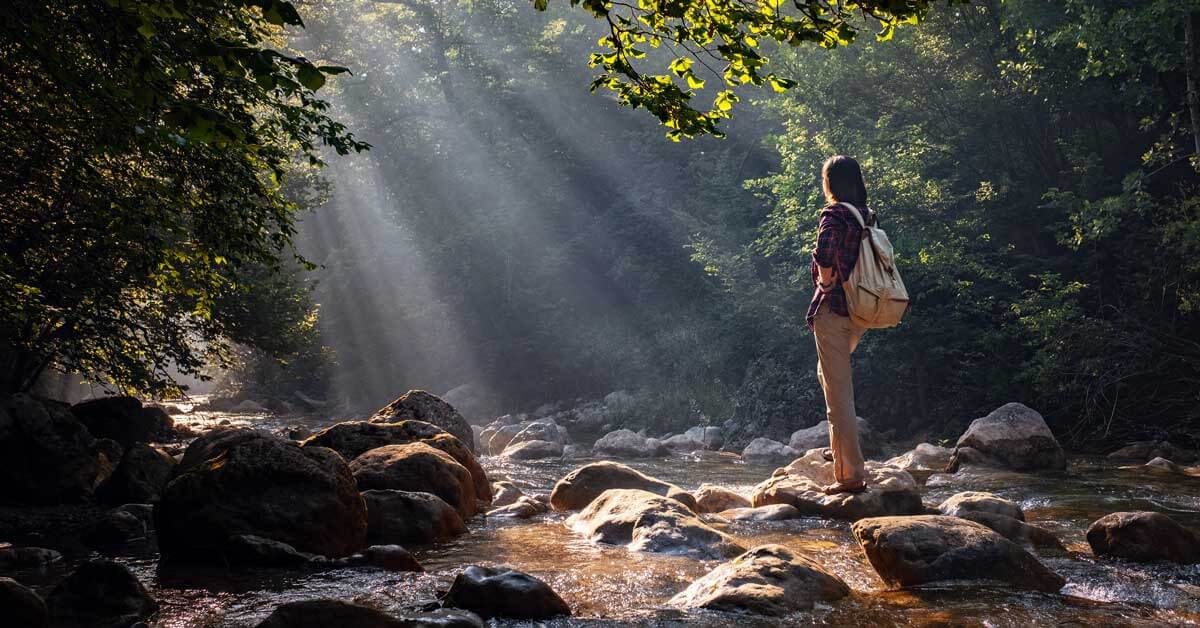 Arrowheads and other stone tools come in all different shapes and sizes. In each time period, many types were in use at once.

Like all arrow points, lanceolate arrowheads are pointy at the tip and are wide at the base. However, they are not triangle-shaped, as they may be a bit narrower at the base than in the middle.

Towards the base, the arrowhead becomes straight or concave. People made arrowheads of this type in all periods, not only a range of time.

Notched points curve sharply inwards towards the base. They have notches knocked out of the sides of the bottom. They are "fish-shaped" and may have notches taken out from the base, the corners, or the sides.

Notched styles became more common in the archaic period than they were in the paleo period. Notched arrowheads and dart points were barbed, so they would remain in the body and ensure a lethal injury.

Stemmed arrowheads are far smaller at the base than in the middle. The arrowhead widens from the tip to the lower middle and then narrows at the bottom. The stem is the small part of the arrowhead that sticks out at the base.

17000 BC is the most common estimate, and it may be the best estimate due to the lack of convincing evidence of earlier times. I think that new evidence might push the date farther back, but it is not yet conclusive. Archeologists will have to find a fair bit more and better evidence of earlier peoples before most of them accept it.

The paleo era points were for spears and darts rather than arrows, which probably didn't exist until later. Since paleo points are the most valuable points you can find, it is crucial to know how to identify them.

How to identify paleo points

Paleo points were fluted, which may be the easiest way to identify them. A flute is a dent near the spear point's base, where the spear point attached to the shaft.

A fluted spear point is thinner so that you could attach it to the shaft much more strongly. The flute is long, around a third or half the length of the spearhead.

Another identifying trait of the Clovis points is that the base is convex - narrower at the base than in the middle. Some other types of points are concave or wider at the base.

The blades are slender and anywhere from an inch to six inches long. The edges of the whole spear point, all the way down to the base, are ground smooth.

Just because the points are prehistoric and made using old technology does not mean they are poorly made. Often, Clovis points are better than points made in later times. The flint used to make the points is often of very high quality.

Clovis blades are relatively straight - they curve somewhat outward towards the middle, but not by much. The flutes are the first things you should notice, plus the large size of most points compared to arrowheads from later times.

Another thing that makes Clovis points stand out is that they are banded. These points were worked in a way that makes them have bands running around the outside of the spearhead. Not every banded point is a Clovis, but you can get excited if you find a banded arrowhead.

The archaic period lasted for a very long time, from about 10000 to less than 3000 years ago. The two periods overlapped because the two technologies coexisted for a time.

Most of the people at the time were nomadic hunters, but very large mound-building projects did appear during this time. Up to a million cubic meters of earth had to be moved to construct the mounds.

How to identify archaic points

Archaic points, other than some of the earlier examples, are not fluted. Early archaic points (from 10,000 to 8,000 years ago) are often fish-shaped. They do not have the bands running around them that Clovis points do.

Early archaic points were not always "fish-shaped" or notched. The Dalton points, some of the most valuable non-Clovis points, are not notched or stemmed.

Hunters also use stemmed during the early archaic period, and serrated edges appear as well.

These fish-shaped or notched arrowheads became different during the middle archaic and late archaic. The climate continued to warm during this time, and new tools appeared.

The technology became different during the middle and late archaic. Ground stone tools appeared, and they were a significant technological upgrade.

If you find a ground stone arrowhead or dart point, it is not from the paleo period. You can differentiate between paleo and archaic by the technology or craftsmanship used to make the points.

Many of the points found could only be arrowheads and not dart points or anything else. Many late woodland points are small, triangular, and obviously for bows. The woodland period stretches from 1000 BC to 1650 AD, with anything after 1650 being the historic period when stone arrowheads gradually disappeared.

What are the most valuable arrowheads?

Nothing is more valuable to find than a Clovis point. You can sometimes get thousands of dollars for some archaic points, but a Clovis point is by far the most valuable kind of point to find.

Examples of rare materials that may make an arrowhead valuable are:

Regardless of the time period, blades were made in different shapes. The blade shape doesn't always have much to do with how much the arrowhead is worth.

Two recent arrowheads of different shapes may be worth the same amount. Collectors like thinner and larger arrowheads somewhat better, but the blade shape doesn't determine the price.

Serrated arrowheads have jagged, saw-like edges. While many serrated stone tools are knives rather than arrowheads, arrowheads with serrated edges also exist.

They might inflict more serious wounds than regular arrowheads do. Serrated edges take a high level of flintknapping skill to make.

These are wide at the base and get straightforwardly narrower as you move towards the tip. They do not bend inward in the middle as incurvate arrowheads do.

Can a small arrowhead kill a large animal?

Yes, even very small arrowheads can kill large animals. While using a larger arrowhead against a larger animal was always better, small arrowheads are still effective. You can kill a deer with a bird-point, though the deer might survive and escape, and it is not a humane way to kill an animal.

Did anyone make arrowheads by dripping water on a hot rock?

You may have heard that people made stone arrowheads by dripping water on a hot rock to make it fracture. This is a myth - no one ever made arrowheads using this technique.

People used different flint-knapping techniques in different times and places. Sometimes, a toolmaker would strike one stone against another to make a sharp arrowhead. Another technique was pressure flaking, which used softer pressure rather than striking.

People improved tool-making techniques over time, so the points in use only a few hundred years ago were very different from prehistoric points.

Were most arrows used for warfare?

No, arrows were mostly used against animals, even in times and places where warfare was common. When an arrow hit a target long ago, it left behind DNA for researchers to look at today. Studies show that most of the DNA was animal DNA.

Is it possible to mistake another object for an arrowhead?

Yes, an inexperienced person can falsely believe a sharp stone is an arrowhead. A naturally occurring sharp rock can sometimes look like an arrowhead, although someone who knows how to identify arrowheads can tell the difference.

Besides the spear and the bow, the dart launcher was used. A dart launcher is a stick with a hole in it that you can use to launch darts much farther than you could throw them. Dart-launchers were used before and in many places after the bow and arrow appeared.

How can you tell if an arrowhead is real?

The best way is to buy real arrowheads is to talk to trustworthy antique dealers. They can give you documentation proving that the arrowhead is real. If the dealer you are talking to has a good reputation and they have documentation, you are unlikely to end up with a fake arrowhead.

An antique dealer should be happy to answer whatever questions you ask. If they are trying to dodge your questions, you should not trust them.

Sometimes an antique dealer might have an arrowhead of unknown origin, but usually, they should know where the arrowhead was found. Does the arrowhead look typical for that location, or is it completely wrong for that area?

To become a minor expert on arrowhead identification, you may need to buy a full-length book on the subject. The best book you can find on the subject is the Official Overstreet Indian Arrowhead Identification and Price Guide. With that book, you can become a small-time expert.

It has thousands of images and hundreds of types of points. It will teach you what you need to know about types, materials, time periods, and regions. With the Overstreet guide, you may be able to price your own arrowheads.

You can also find a lot of information online, although the best is in print. You can look up regions, shapes, and time periods on this website and learn more about countless types of arrowheads.

Look at the arrowhead carefully

An arrowhead should look like it was made using flintknapping, not machines or modern tools. Flintknappers made very sharp but imperfect blades. If the edge is too perfect, the arrowhead may be fake.

Flintknapping takes circular and irregular chunks out of a stone. If you look at the edge and see rectangular and perfect dents, the tool was probably made with a modern chisel.

Historical and archeological societies can help you

If you are interested enough in arrowheads and other artifacts, you might join an archeological society. These groups may be open to amateurs and not only to professional historians or archeologists. You can often learn more in person than from books, including about how to spot a fake arrowhead.