How To Store Fish After Catching

So, the most exciting part of the entire fishing process is over, you’ve cast your lure, got the bite, set the hook, battled that fish in, landed it, and you are now heading back with your trophy catch. How then do you store your fish if you don’t plan on feasting on it right away?

Handle fish in the most humane way possible

For fish, careful handling means you keep it in water after netting/landing it then when it comes to eat, you have to stun it first. Stunning is rendering the fish unconscious instantaneously such that when bleeding it out, it doesn’t feel any pain. There are two ways to stun the fish:

Once you have dispatched the fish, you can store it in the following manner:

Icefish have the best flavor and texture. So, if you want to enjoy your trophy catch later, keeping it on ice is the way to go. Cool the fish meat immediately after cleaning to keep it firm and fresh tasting. Icing can be done in an insulated cooler; just remember to keep drain plug open on the cooler so that melted ice (water) runs out. Pro tips to remember when keeping fish on ice include:

Use crushed ice. Fill the fish bin with crushed ice so that it surrounds the fish. More of the surface area of the crushed ice stays in contact with the fish keeping it cool and fresh.

Use two pounds of ice for every pound of fish. This rule of thumb is to ensure even mixing of fish and ice to keep every part of the meet cool. But as water drains from the cooler, continue adding more ice.

2. Keep The Fish In a Livewell

If your boat has a Livewell, you can keep freshwater fish inside the well until you can stun it and transfer it to the home cooler. Just unhook the fish carefully and then release it to the cooler carefully. Always keep the cooler or Livewell filled with the same water you caught the fish in.

When the Livewell gets too crowded because you are having an exceptional fishing outing, dispatch the fish and ice them immediately. Otherwise, you risk ending up with dead fish due to insufficient oxygen or getting bumped up, and if you do not notice early, you may find the flesh has deteriorated and lost flavor.

3. Keep The Fish On a Stringer

You can keep the fish on a stringer in cold water. But as the water gets warm, stun the fish, gut it down, fillet it and cool the meat as soon as possible. Fish on a stringer may also deteriorate due to stress, keep that in mind.

Note, however, when it comes to icing, Livewell or stringer, make sure that the fish meat doesn’t soak in the water for long; otherwise, you end up with mushy fillet. Also, immediately you can get the fish, do so and remove the entrails so that ice can fill the cavity.

Method number four of storing your fish after catching is to use a refrigerator.

Refrigeration is another way to keep your fish fresh. But just keep in mind that even chilled fish deteriorates a little each day. This manner of storage only keeps the fish meat well for 3-5 days. Also, refrigeration is best for larger and lean fish than small fatty ones.

To keep fish in crushed ice or inside your refrigerator, start by washing it in cold water and patting it dry using a clean, dry towel. Next, wrap the fish in waxed paper and store it on ice or refrigerator. You can also use plastic wrappers or aluminum foils alternative to waxed paper. You can also keep the fish in a bowl of ice inside the fridge and remember to drain and replace the ice regularly to avoid mushy fillet. Or just cleverly use a bin with drainage holes at the bottom.

If you don’t plan on feasting on the fish meat anytime soon, you can freeze it. Frozen fish meat is good for up to 12 months. How you prepare your fish for freezing, however, is important because fish meat loses flavor if let out in the open air. Here is how to go about freezing your fish:

Freezing whole fish: Clean the fish by scaling and gutting it first then rinse the cavity in a stream of very cold water. Next, vacuum seal or place the fish in a zip lock bag removing much of the air from the bag as possible. You can also use the ice glazing method. Frozen wall fish will last for up to 6 months if the meat is lean, 3 months if small and fatty.

Ice glazing: Use this method if you have time on your side. Place a metal baking pan in your freezer for 10-20 minutes while simultaneously preparing a cold-water solution. Dup fish meat in the cold water then take the pan from the fridge and place the fish on it. Next, place the pan in the freezer again till you have a nice glaze. Just 5 minutes is enough. Remove from the freezer and repeat the procedure till you get a ¼” thick glaze on the fish meat. Next, vacuum, seal or zip lock tightly to keep out as much air as possible.

The take-home is that there are many ways to store your trophy catch for later consumption. The trick is to avoid heat and air as this causes the fillet to deteriorate and bang goes your full flavor. Take care when storing your fish then, won’t you? 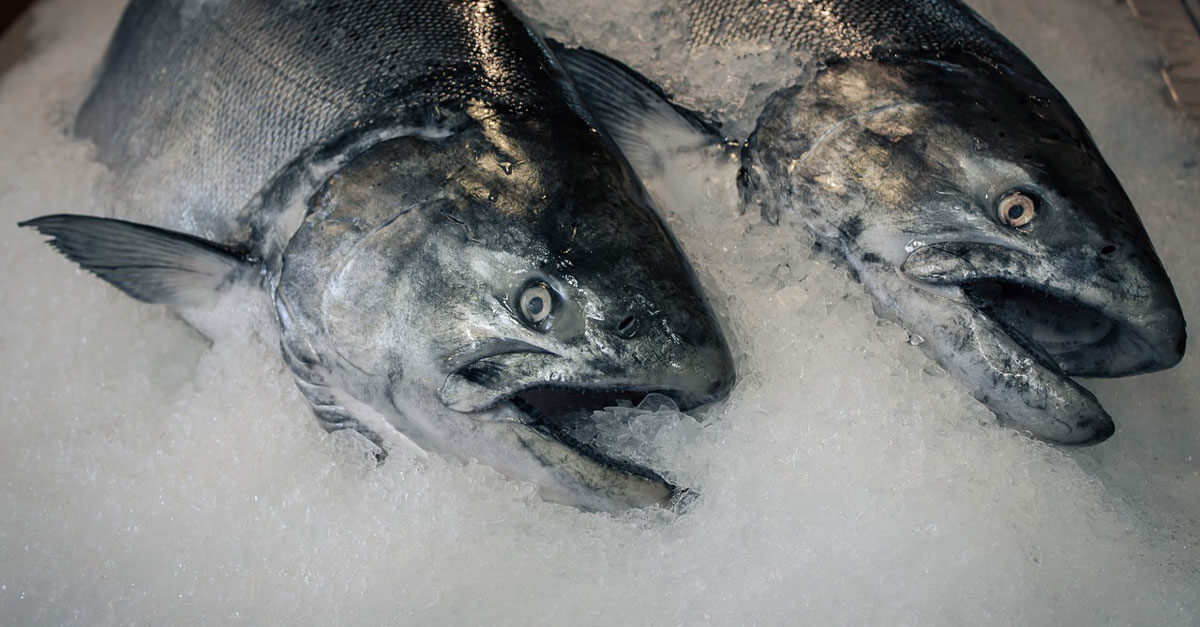 How To Store Fish After Catching