How To Fish The Tides

Being aware of the tides and how they interact with the bottom topography is of great importance if you’re looking to make some good catch. Well, that’s because tides have a huge impact on the water and can be the difference between a successful outing and a completely unproductive one.

Learning how to fish the tides is all about understanding how tidal deviations influence fish feeding and movement. This is of immense importance given that being at the right place at the right time is, without a doubt, one of the most crucial parts of a fruitful fishing trip. Normally, fish will move with the tides so that they can feed at locations that give them easier access to food or prey. So without understanding the tides and how they affect fish movements and feeding activities, you’ll only be doing guesswork and you cannot be assured of a successful catch.

This piece, therefore, goes into detail about the tides and how to use them to your advantage.

Things to Know about Tides

It’s important to learn some key concepts about the tides if you’re going to get the most out of your fishing trip.

Tide – This is essentially the movement of water level. It’s caused by a wide range of factors such as the gravitational movements of the Earth, the Sun, and the Moon. These factors combine to make the water levels to rise or fall, which then affect the movement and feeding activities of the fish.

High Tide – This is the highest point of the water level. High tides generally flood structures such as oyster beds, jetty rocks, pilings, and seagrass.

Low Tide – This is the lowest point of the water level. It generally reveals the above-mentioned structures.

Rising Tides (Incoming Tides) – These often refer to when the water level is going up.

Falling Tides (Outgoing Tides) – They refer to when the water level is going down.

Slack Water – This is a short period of time when the tides stop and are neither rising nor falling.

Let’s expound more on how the gravitational movements of the Earth, the Moon, and the Sun cause tides.

Gravitational Forces of the Moon

The Moon is Closer to the Earth than the Sun

The fact that the moon is closer to the Earth than the Sun also affects the tides. But when the Moon and the Sun are in sync, they can cause some of the biggest or smallest tides on Earth. In other words, the levels of the tides will largely depend on the position of the Moon with the Sun.

You should also keep in mind that it will always take 12 hours for the tides to change from low to high and vice versa.

Tides play a crucial role, especially in saltwater fishing. The main relationship between the tides and water bodies is all about the water levels. In most cases, water levels determine the feeding activities and movement of fish. Water levels affect how various fish species group together, how they feed, and where they feed, and when they feed. For this reason, it’s important to understand how tides work and use them to your fishing advantage.

In essence, tides produce currents or movement of water. As such, the water currents play a crucial role in sweeping small marines, plants, and other fish prey. Instinctively, the fish take advantage of these currents to move and gather where they’re most likely to get food in abundance.

As we’ve noted numerous times, understanding the tides is very crucial if you want to be successful in tide fishing. When high tides occur, the first and most important clue as an angler is that water will flood the marshes. It will cover large acres, two feet or deeper. Plants, oysters, shrimps, crabs, small baitfish, and other prey marine life will almost naturally get swept to the shallows. And in a movement almost akin to the domino effect, larger and predatory fish such as flounder, redfish, trout, and drum will also flow with the rising tides or follow in hot pursuit to feed on the baitfish in shallow waters.

With this in mind, it’s advisable to target shallow waters when there are high tides or rising tides. If you’re fishing in the ocean, you can target a bay mouth point or the shores. This is because the rising tides will push hard against these areas and bring with them an abundance of baitfish and sport fish. If you’re fishing in estuaries or rivers, it’s important to target creeks or deeper holes. This is because fish will be concentrating in the tidal inflow areas in creeks and deeper holes.

You should, therefore, consider starting your fishing adventures upstream when the tides are high and target fish that are moving to the shallows. In short, inshore locations can be superb fishing points during rising tides. You should also keep in mind that rising tides are some of the best fishing tides as long as you correctly choose your locations. In most cases, high tides will have more oxygen and low temperatures, as well as clearer waters than when the tides are low.

The water levels will generally diminish and come offshore and marshes as the tides begin to fall. The fish will naturally sense the dropping water levels and will move to deeper waters with the tides. These falling tides mean that you should target deeper areas with more water.

Again, you should focus on the mouth of the estuary, channels, and creeks when the tides are falling. The main idea behind this is that game fish will wait at these points to eat crabs, baitfish, and oysters as they are carried with the current back into deeper waters. You can also try fishing on structures such as pilings and jetties when the tides are falling given that game fish will camouflage in these structures as they wait for the prey to be carried out of the rising tides from the estuaries.

As we noted earlier, this is the period of time between low and high tide. Given that fish tend to move a lot with current, they’ll not move that much when there are no tides. This is because baitfish and other marine life are conserving their energy and will rarely move in search of food. If anything, many fish will burrow into the sand or mud and will not actively feed during the slack period.

As such, you may leave empty-handed if you target fish during slack periods. In other words, it’s very challenging to catch fish when water is slack. This is perhaps the best time to take a rest, organize the tackle, refuel your body and wait for the tides.

To this end, it’s important to note that fishing at low or high tides may not be the best time to fish. The idea here is that there won’t be any movement in the water for several minutes or hours and it may be difficult to know where the fish are. However, you should target when the tides are falling or rising (when there’s current) as these are some of the best times to fish. Just position yourself at the right places at the right times and you be able to hit big. 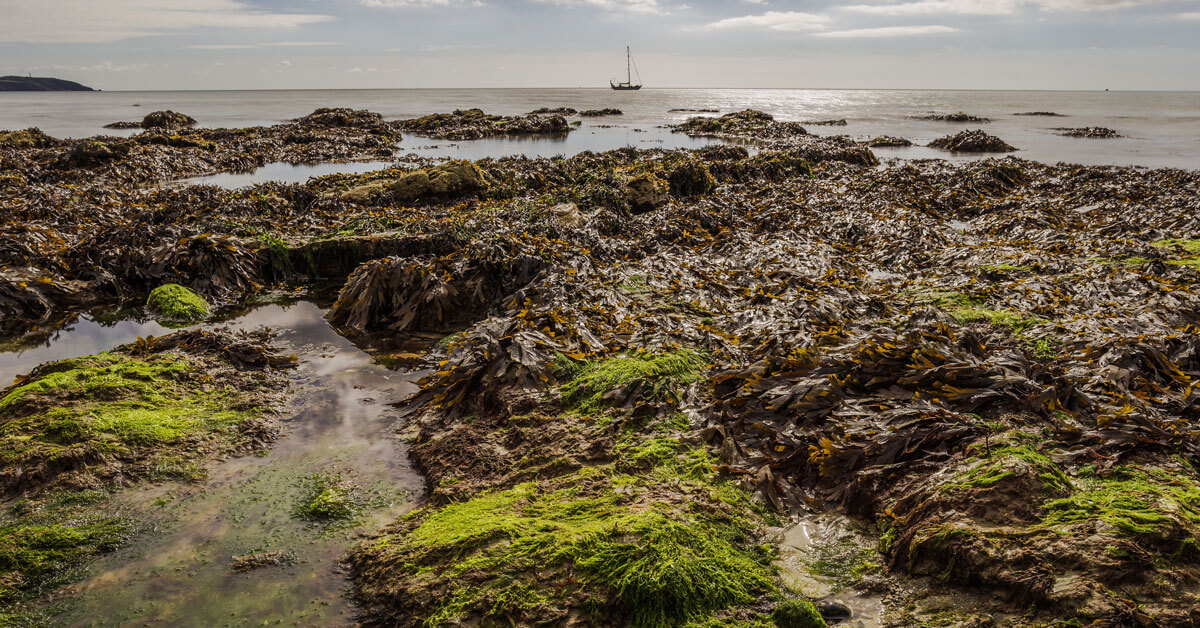 How To Fish The Tides