How To Fish For Crappie - What You Need To Know 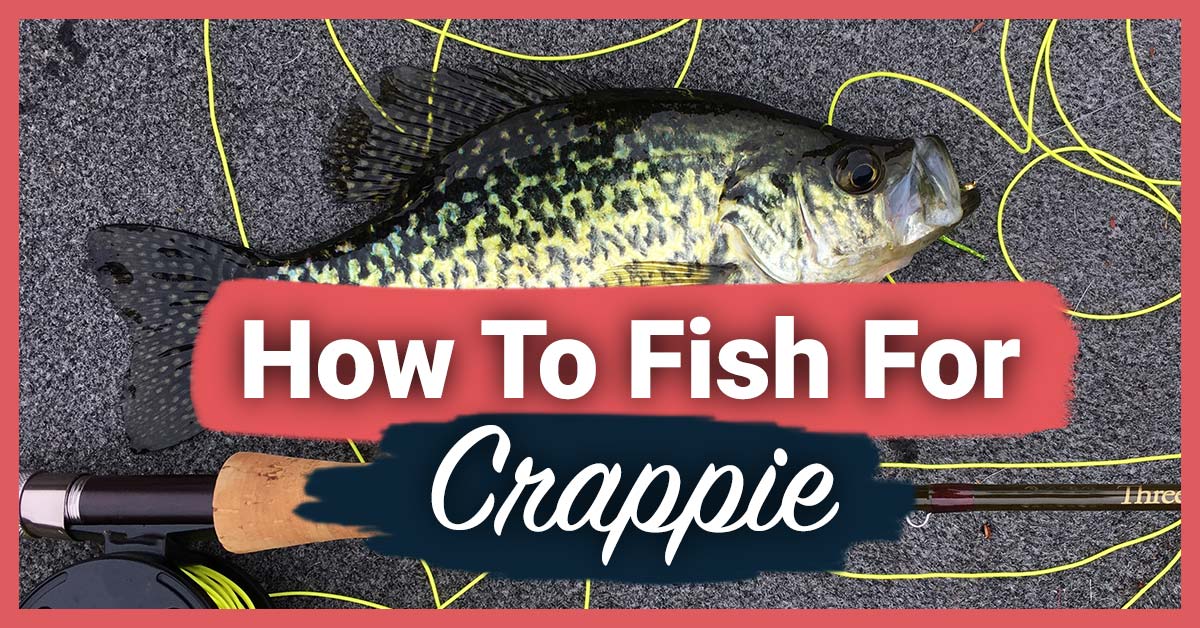 Crappies are elusive fish species that are difficult to locate and catch thanks to their scrappy and hard-fighting nature. That’s perhaps why there are different techniques and to use for crappie fishing.

Whether you’ve always referred to them as strawberry bass, paper mouth, calico bass, speck, slab or simply as crappie, you already know that they’re arguably among the most popular fish species in North America. One of the main reasons for their popularity revolves around the fact that they’re fun to catch and are widespread in freshwater bodies across the continent. With various techniques and strategies, catching crappies may seem relatively simple. However, these techniques will only work if you know how to use them properly.

The most challenging part when it comes to fishing for crappie is finding them. Although they’re widespread in most freshwater bodies across North America, they’re among the most elusive fish species. For this reason, you’ll have to be extremely patient, and also take time to understand their habits. More importantly, you’ll have to learn crappie fishing techniques and use the right lures.

Given that there are several techniques and methods, this article walks you through everything you need to know. At the end of it, you should be able to catch crappie with absolute ease.

Know Where to Find Crappie

The most important thing to remember when looking for crappie is that it’s a freshwater fish. As such, the best places to look for crappies are rivers, lakes, streams, and freshwater ponds. While the crappie season is principally the winter season, keep in mind that you’ll generally find crappie in shallow waters where they spawn and make beds. Like all other sunfish, crappies often lay eggs in shallow depressions in the sand or right next to vegetation in about 3 or 5 feet of water.

When it’s not winter, crappie will move offshore and this will make finding them a lot more challenging. However, you’ll likely find them near offshore structures.

What You Should Know if You Want to Catch Crappie

Crappies are among the tastiest freshwater fish. They generally have clean white meat that’s devoid of the taste of water where they are caught in. The best part of crappie fishing is that they eat throughout the year but they’ll be in plenty in winter and spring as this is a mating and feeding season in preparation for the upcoming warm months.

One of the main reasons why crappies are an elusive species is that they are not surface eaters. For this reason, you’re more likely to catch them below the surface especially in areas covered with trees, docks, and other structures. The best depth to fish for crappie is between 3 and 6 feet from the water surface. Keep in mind that crappie will move a little deeper during summer and will only come out on the surface during dawn and dusk to feed.

You should also consider using natural baits such as small fish, grass shrimps, and crickets. You can also use artificial lures such as small jigs with soft plastic tails. It’s important to remember that crappie generally reacts to sound, sight, and smell. As such, you should have colorful jigs, as well as fish attractant scent. Like most predator fish, crappies often hang out just below the surface and below structures where they are most likely to get food.

Here are some of the most critical factors to remember before setting out for crappie fishing.

The Best Tackles for Crappie

Fishing for crappie may call for different tackles but this will largely depend on the technique that you’re using.

Spinning rods and reels are the go-to gear for catching crappie or any shallow water fish, for that matter. So if you’re planning to fish for crappie during the winter season, it’s recommended that you use an ultra-light tackle ranging between 2 and 6 pounds. This is important given that you’ll need to use small baits and lures to catch crappie and cast in greater distance.

The most important benefit of using baitcasting rod and reel is that they’re a lot easier to use when drifting or trolling at different water depths. You can also consider using baitcasting tackles if you’re planning to drop an ultra-long rod straight down in a technique similar to cane pole fishing.

A very lightweight fishing line weighing between 2 and 6pounds should work perfectly for crappie fishing. You should, however, consider using a heavier line if you’re planning to use cane poles or telescopic rods. The best type of fishing line for crappie fishing is monofilament but you can consider using a braided line for vertical jigging in deeper surfaces, as well as when you’re looking for greater casting distance. However, using a braided line is disadvantageous because it has little or no stretch and you’ll probably snap the line if you’re not gentle.

Baits and Lures for Crappie

Using live baits is the perfect way to catch crappie. They love eating small fish and minnows that you can easily find in freshwater bait shops near you. You can also use grass shrimps and crickets as live baits.

Here are some of the best techniques to catch crappies

The most popular technique for catching crappies is spider rigging. It involves using a boat with many long fishing rods pointing away from you at various anglers. This tactic enables you to troll jigs and minnows with several fishing rods measuring 14 to 16 inches in front of your boat. These rods are generally designed to hold several long poles.

The Traditional Bobber and Minnow Rig

This is arguably the easiest way to catch crappie throughout all the seasons. You can use fixed bobber set 2 feet above a minnow that’s attached to the first and second hooks. You can lure the crappie using minnow without a weight. This is to allow the bait to swim around freely. You can also a bb split shot to ensure that the minnow remains at a particular depth. This is to prevent it from going at a depth where you cannot find crappie. When using bobber and minnow rigs, you should consider using a longer rod ranging between 7 feet for casting and 12 feet for flipping.

Crappies are generally known to hide under overhanging tree limbs and under docks. You can use jigs in the same way you’d use a shooting bow and arrow to place your baits and lures in those hard-to-reach areas.

You should have a fishing rod measuring between 6 and 7 feet with a limber tip. This is essential in loading up a jig and propelling a fishing line weighing between 4 and 6 pounds. You should make sure that the line churns freely off the spinning reel while the jig shoots toward the crappie. Consider using a 1/16ounce jig as it skips perfectly when it hits the water.

The best way to shoot a jig is by ensuring that the bail of the spinning reel is opened while hooking the line with your index finger. You should then hold the bend on the jig’s hook and pull it to curve the rod tip. It’s important to ensure that the fishing rod is slightly facing downward while you release the line from your index finger as you shoot the jig towards the crappie to prevent the line from snagging.

Whatever the name you use to call crappie in your area, it can never be doubted that they’re fun and thrilling fish species to fish for. However, catching them can be a tad challenging if you don’t know how to do it. But with the above-described strategies, crappie fishing should be second to nature and quite enjoyable. Hopefully, you’ll catch quite a number next time you’re out there the water.

How To Fish For Crappie - What You Need To Know 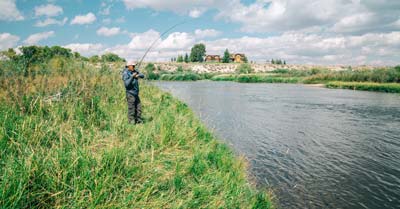 8 Types of Fishing To Know 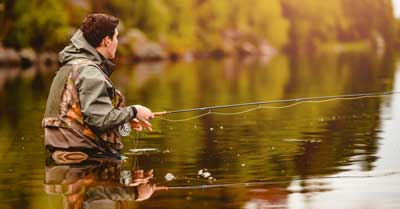 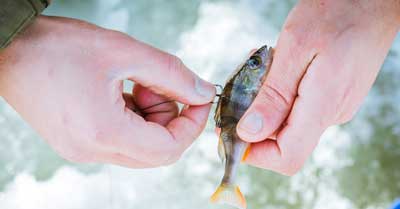 How To Fish With Live Bait 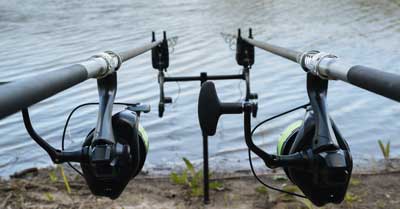 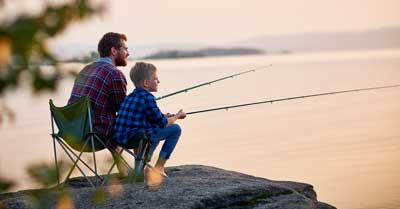 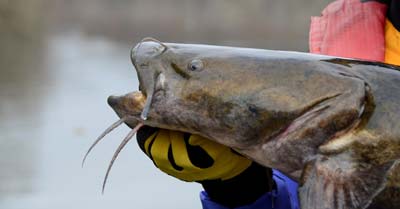