The argument about whether fishing hurts fish is a deep and contentious ethical debate that generally revolves around whether fish feel pain. Unfortunately, this debate is as old as fishing itself but has never been answered conclusively.

You’re probably here reading this article because you love fishing and wouldn’t want anything that makes you feel otherwise. But have you ever wondered if fish feel pain when they’re caught? It hurts a lot if you prick yourself on the finger with the fishing hook. So when the fish bites, they mostly get hooked in the mouth and it must be painful, right? Well, the available answers may surprise you!

There are two sides of the coin when it comes to the question; does fishing hurt fish? Many studies have concluded that fish lack pain receptors in their brain to feel pain the way humans or other animals do. These studies also support the fact that the fish’s mouth is made up mainly of skin that has very few nerves. If fish had a mouth with sensitive nerves like humans or other animals, they wouldn’t be able to eat many of their natural food like crayfish.

Evidently, the question of whether or not fishing hurts fish is a two-sided coin that will always remain hotly debated. Nonetheless, let’s highlight some important facts.

Fishing and the Survival of Mankind

Before going deeper into the scientific details, it’s important to note that the idea that fishing hurt fish runs against everything that Americans and the world population at large have been taught about fish. Fishing has been part of mankind’s survival since time immemorial. In religious terms, God put fish on earth so that mankind could survive on them. So from this perspective, it would only make sense that the pain that fish feel should become secondary if fishing is done as a way of putting food on the table.

Things may, however, become a little murky if you’re fishing just for fun. This is where many anglers may get stick from animal rights associations. Although the brains of fish are not developed enough to feel pain in the same way as humans, there’s no denying that the behaviors of fish when hooked and the way they violently wriggle when hooked is a clear-cut indication that fishing can at times be very traumatic if not done properly in a compassionate manner.

So when it comes to catch-and-release or fishing for fun, it’s fundamental that you do not go to the extreme or to an extent where you leave the fish in a negative mental or physical state that may lower its chances of survival. This is exactly why we always advise our readers not to put up a serious fight if they’re fishing with the intention of releasing the fish after landing it. After all, it doesn’t cause a thing to be a little humane to these small but thrilling water creatures.

The Anatomy and Physiology of Fish

Unlike humans, fish do not have a neocortex. This is essentially the first sign of doubt that fish doesn’t feel pain. Fish have nociceptors, which are the sensory receptors that generally respond to physically damaging events or actions by transmitting caution signals to the brain. However, the nociceptors in fish are not much developed and so do not function in the same way as they do in humans or in other animals, say cats and dogs.

So even if fish are conscious of the pain for example when hooked, it’s safe to assume that the extent of that pain wouldn’t be as much as it would be if a human found himself/herself in a similar situation. Again, most fish lack most nerve fibers known as C-nociceptors, which are known to show intense pain.

And even though fish may wriggle violently when hooked, scientists have pointed out that it’s impossible to determine painful or negative emotional states based on behavioral responses alone. This is supported by the fact fish generally show minor reactions that last a few seconds when hooked. These situations would be extremely painful to human beings or to other mammals.

Again, scientists have proved that morphine, which is extremely effective in reducing pain in humans but seems not to work in fish. This finding suggests that fish either do not completely feel pain or react very differently to pain when compared to how human beings react to pain. To this end, we have to note that whether or not fish feel pain; it’s unwise to interpret the pain or behavior of fish from a human point of view.

So What Does it Mean to Anglers?

Whether it’s legal or not, it’s inhumane to intentionally inflict any form of pain or suffering on fish just for the sake of it. As we noted earlier, removing fish from its natural habitat – water – if you do not plan to use it as a source of food is inhumane and can cause serious injuries to fish. Imagine what happens when you are placed underwater. You’ll suffocate to your death and that’s exactly what happens when fish is removed from the water.

So if you’re planning to release the fish back to the water after landing it, make sure that you do not remove it out of the water. Again, you have to handle it gently so that you do not damage its internal organs or cause any form of harm to the fish. In essence, fishing is all about being morally upright and doing things that may not hurt fish. You should, therefore fish in a morally and socially acceptable way, observe the set rules and guidelines, and even more importantly, minimize any form of stress or damage to the fish when out there on the water. 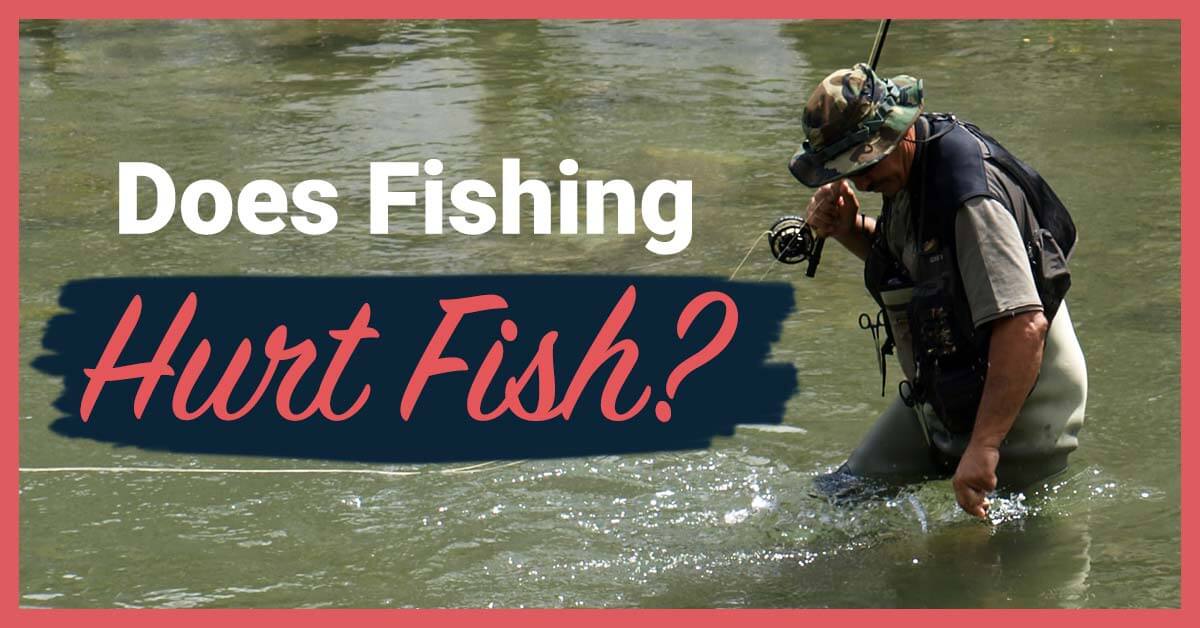