Do you know that there are some private and commercial parks that won't allow you to drive your old RV inside their parks? Stay tuned for more exciting content.

In this article, we are going to discuss a couple of topics like do these parks actually block all old RVs from entering, why do they enforce these rules, do every park enforce this kind of rule, and do these parks make an exception for certain cases.

Most parks won’t allow older RVs that are more than ten years old. These parks usually judge based on the look of the RV, and in most cases, you will be requested to provide a clear image of your RV just to get an entry.

Before we proceed, I just want to let you know that all of the content provided in this article is entirely based on my previous adventure as an RV owner and reliable sources, so you know that the information provided is accurate to the best of my knowledge. With that being said, let's get right into this article now.

Hence, it's a good idea to ensure that you drive your latest RV if you plan to visit any of these RV parks, regardless of whether it's private or commercial to avoid any potential problems. If you manage to fulfill the first condition, then keep in mind that there's another rule that you need to follow. Right before you drive your RV to these parks, always make sure that your RV has a decent look.

The reason for this is that aside from checking the age of your RV, they would also make their final decision based on the looks of your RV. Once you arrived at the park, they would most likely ask you for a clear image of your RV. Make sure to clean your RV as thoroughly as you could and only then take the image.

You should never make any attempts to lie to them by sending a fake RV image instead, as they will find out sooner or later, so it's highly recommended for you to provide the real image of your RV to avoid any problems. Both of these rules are actively used in RV hot spots such as Arizona and Florida, and it might be uncommon for most RV owners.

Why Do They Enforce These Rules?

These rules are known to cause some conflicts, especially among the people that happen to only own old RVs. They label these kinds of rules as a form of discrimination to them, and while this might seem true at first, there are a few reasons as to why these RV parks enforce these rules. One of the many reasons why they did this is due to the local tenancy law.

This law varies depending on your current geographical location, and it allows a property owner to kick someone out of their house if they don't cooperate with the monthly commitment that they signed up for. This law can sometimes apply to the mobile home and RV parks, especially for renters that commit to a long-term monthly payment. In places that can be considered to be more renter-friendly, you could find people renting RVs for as long as 12 months.

This long-term commitment is a huge problem for the owners of these RV parks as they don't want to risk having an old dirty RV lying on their parks for months to come. This is because most old RVs have a higher tendency to break down, and it might take them up to 10 months to legally take the RV out of their parks. On top of that, most of these people would most likely have failed to pay their monthly installment, which drives them to ultimately abandon their RV altogether.

These old RVs are bad for business as no one would want to visit an RV park that is surrounded by these dirty RVs hence the rules. Next, these parks might also enforce these conditions because it might be that the park is intended to be used exclusively for high-end RVs like Airstreams and certain vintage RVs. In most cases, these types of parks would not allow any type of conversions such as buses, vans, and small mobile homes to enter their park.

Does Every RV Park Enforce These Rules?

If you do own and love old RVs, then you might not want to visit the luxurious resorts style RV parks as they would most likely deny your entry but don't worry as these rules are not being used in every RV park in the whole country. There are still approximately 20,000 RV parks that are available out there that you may choose to visit, and only a small percentage of them that do enforce these rules strictly.

Examples of parks that tend to ignore the age and type of your RV include public parks like the federal, county, and state parks. These are the kinds of parks that you might want to focus on, as they typically allow any RV owners to have full access to this location. You will only have a problem in a case where the only option that you have is the one that does enforce the rules discussed previously in the article.

If you're stuck in this situation, then don't worry, as you can still do something about it. You may start by searching for an alternative around your local areas to see if there are any ideal spots that you could use for your RV activities. If you failed to find one, then it's highly recommended for you to contact the park directly to see if they could make an exception for you. This is true, especially if you can make your RV look new and fancy.

One last tip that you should always keep in mind is to supply limited information to these parks. When you're booking a spot in any of these parks that set these rules in place, you might want to be extra careful with the amount of information you gave them. If they don't ask you the age and conditions of your RV throughout the entire booking process and you know that your RV is decent enough to drive you back home without breaking down, then you should just ignore the rules and simply show up to the site and let them deal with it by themselves.

Yes. The majority of the parks that choose to enforce these types of rules would usually provide an exception for some RVs. The most typical standard procedure that they have would be to ask you to take a photo of your RV and have it submitted to them for review. Based on the photo that you provide them, they will determine whether or not you can drive your RV into the park.

Always bear in mind to take the real photo of your RV because if you send them the photo of other RVs that somehow might look similar to yours but not exactly the same, they will immediately restrict you from entering the park from the moment you arrived there. There have been a lot of past incidents where the RV owners sent a misleading picture just to get their RV approved and ended up leaving in frustration as they are not allowed to enter the park.

In a case where you know someone or has a relative working in one of these parks, then you should ask them to help you get access to the park, but you should also do your best to not cause any problems to avoid causing them any problems or in a worst-case scenario, make them lose their job. On the other hand, if you don't have anyone that could help you, then you should try to convince them by providing them with the best image of your RV that you could supply.

Even if you can't get a good shot of your RV, then don't worry, as you always have the choice to do some editing to improve the overall appearance of your RV. Such a process can be done via multiple photo editing software such as the mighty photoshop, which you can subscribe to at an affordable price nowadays. However, please be reminded that this method is only meant to remove minor details from your RV, such as scratches to improve its overall appearance, and it's not intended to be used to produce fake photos of RVs. 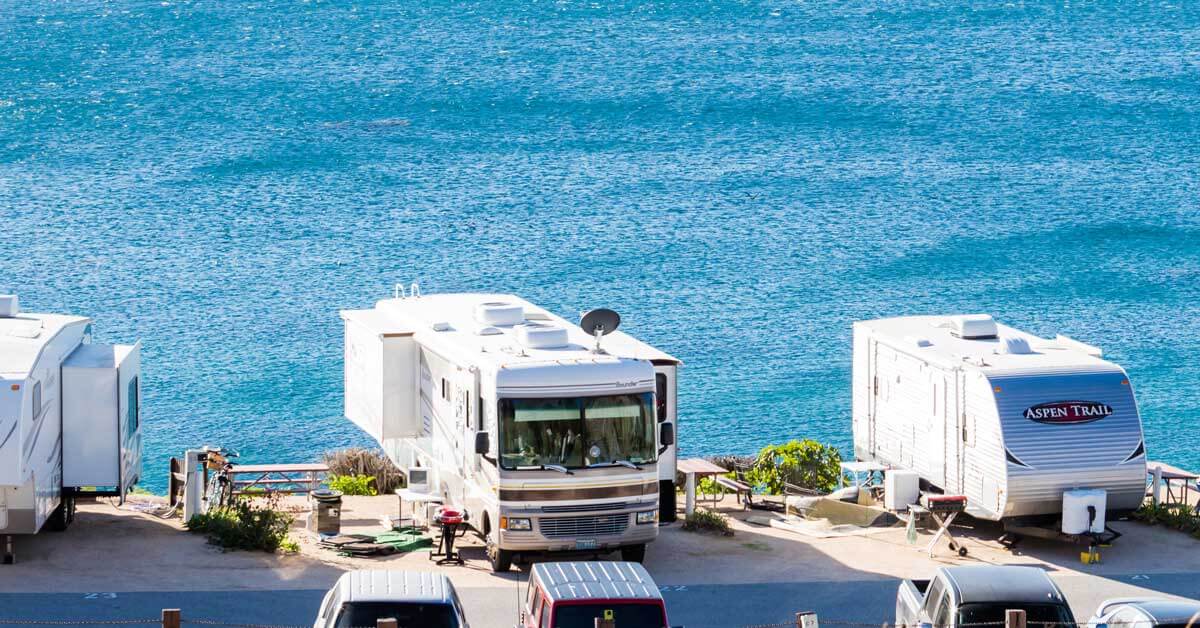 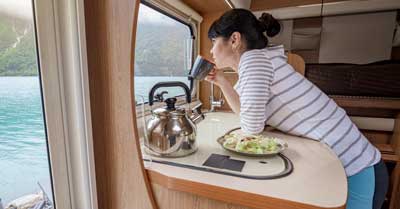 How to Make Coffee in an RV 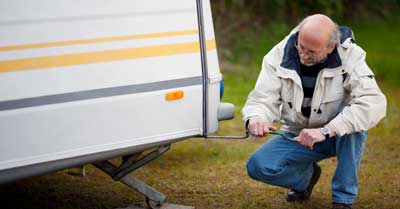 Do RVs Break Down A Lot? 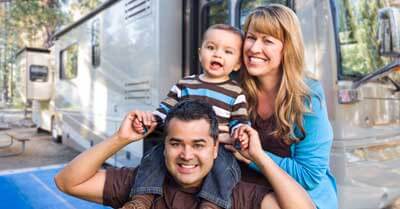 How Long Does An RV Last? 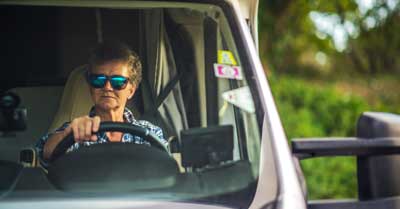 What Happens If Your RV Is Not Level?

Hi there! I'm a 30-year-old RV owner. My wife and I started our RV journey back in 2013 when we had our first son. The first RV that I purchased was the 2007 Tiffin Allegro. One of the things that I love the most about this lifestyle is that it allows me to travel to multiple places with my family while having the comfort of being at home in my lovely RV. Currently, we're using the 2016 Forest River Grey Wolf 26DBH Travel Trailer, which we tow behind our truck. 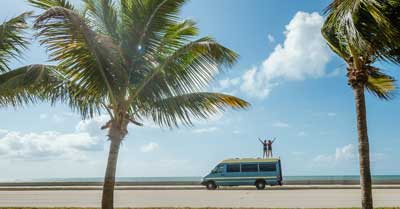 Can You Poop In An RV? 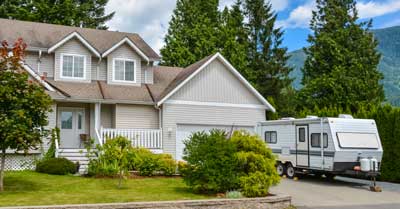 Should an RV Be Stored Level?