Fishing can sometimes appear complex and confusing to new anglers. Many new anglers will ask themselves, what fish can I catch? Followed up by where and how?

The three most common freshwater fish to catch are going to be bass, trout, and bluegill. These three fish can be found throughout the country and respond well to bait and lures. 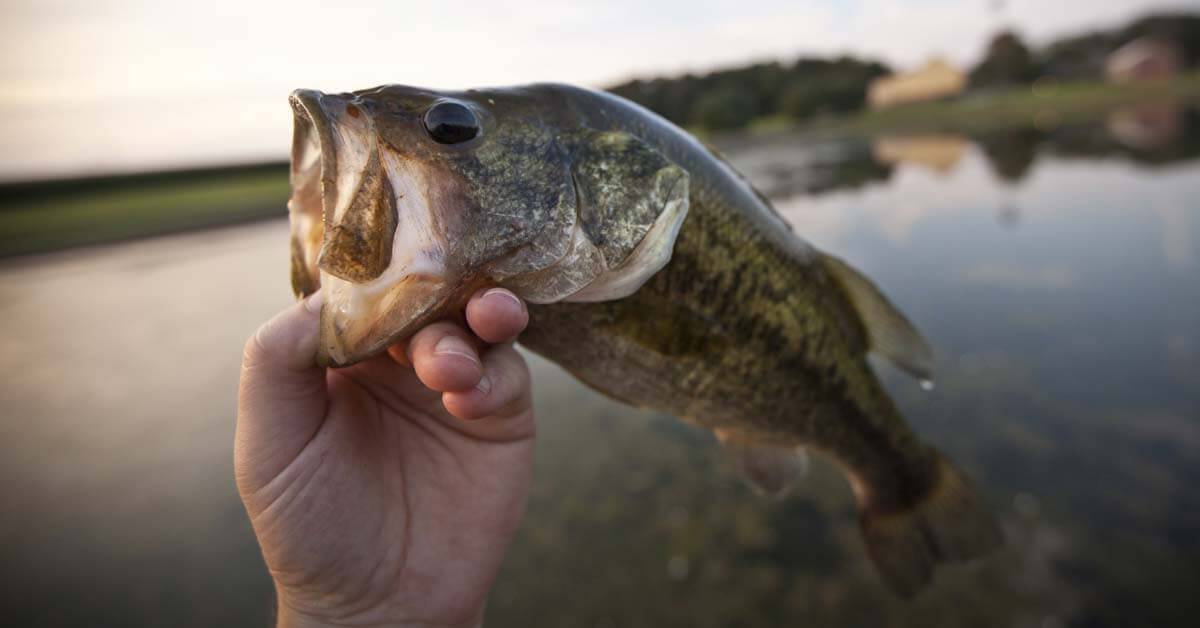 Bass - The Most Popular Fish In The United States

Bass, both small and large mouths (we will just refer to them as bass for the purposes of this article), are the most popular freshwater fish to catch. Bass are easily found in various waterways throughout America, they are versatile to fish which allows them to be fished year round using different tactics, they can be fished by anyone, on anyone’s budget, and allows you to progress from a novice fisher with worms to an expert with lures and gear.

How to locate bass

Generally speaking, bass are going to be the most accessible game fish.  Throughout the United States there are lakes, ponds, rivers, creeks, and streams that will hold bass. It is not difficult to find a waterway near your house that is holding some trophy bass.

To find bass you should first know their habitat. Bass live in most bodies of water throughout the United States, but prefer lakes and ponds with vegetation, rivers, and swamps. Bass will use vegetation, rocks, tree limbs, logs, and other submerged items as a means to hide and ambush their prey.

Knowing What Bass Prey On

They are virtually everywhere, are aggressive, and attack most bait casted into the water.  I once caught a small mouth bass with a piece of chewed up Wintergreen gum. That just goes to show you how aggressive they can be

The diet of a bass is pretty expansive. They will feed on smaller fish, crustaceans, crayfish, frogs, and insects.  As you can see, pretty much anything you cast into the water the bass will bite.

Equipment Needed To Land A Bass

Many people think bass fishers all have $30,000 boats complete with a live well, fish finder, and of course a 20 HP Mercury motor.  However, these bass fishers are professionals and make good money from sponsors and at tournaments- or they are extremely devoted to bass fishing and have disposable income.

A basic outfit for bass fishing is a rod and reel combo. A quick Google search shows this will cost approximately $50.00 or less.  Add another $10.00 for some hooks, weights, bobbers, and worms, and for $60.00 you have a decent bass outfit and are ready to fish.

If you don’t like the idea of fishing with live bait some common bass lures are spinner bait, lipless crankbait, jigs, jerkbait, finesse worms, plastic craws, swimbait, and so many more. Each one of these lures have little nuances that make them work and most change with the season, depth of water, and so forth.  The prices on these can vary, but in my experience it adds up quickly.  I routinely spend $10-15 on a single lure.

When To Fish For Bass

Bass are most frequently hooked at dawn and dusk.  However, they can be caught at any time during the day, especially if it is a gloomy day.

Generally speaking they will be closer to the shore in the cooler months and range further out in the warmer months.  Bass will find cover and wait to attack their prey. Knowing this information alone could catch you more bass this year.

Trout - The Most Nolgastic Fish

Trout is the clear winner in the nolgastic category.  Anybody who has seen the hit movie "A River Runs Through It" and not wanted to immediately fly fish, has something wrong with them.

There's something magical about standing in the middle of a  river, surrounded by mountains or fields, casting a fly line. It is something every angler should experience.

How To Locate Trout

The three most common trout are going to be rainbow, brook, and brown. Trout are located in most regions of the country, but are most popular in the northwest and northeast.

Trout prefer cold water, such as spring fed lakes, rivers, streams, and brooks. To find trout look for pools, bends, gravel bars, and pockets, basically anywhere where the water changes up.  If lake fishing trout, you may see them closer to shore to feed, but often are located deep in the water where it is cool.

What Do Trout Prey On

Similar to bass, trout have a pretty expansive diet.  It generally consists of insects, crustaceans, worms, and small fish.

The most important thing for you to know about the feeding habits of trout is the hatch. Spend enough time around anglers or bait shops and you will surely hear the term “Matching the Hatch”.  Self admittedly, when I first heard that I was as confused as anyone else.

There is a long winded explanation to define the hatch, filled with scientific lingo and terms, but let's keep it basic.  It is simply when nymphs “hatch” into “adult” insects on the water.  When fly fishing look into the water and see if you see any bugs or insects.   If you do, match any “hatches” you see to the flies you have and use that fly.

You can use the same basic bass outfit that I described above to catch trout.  Trout respond well to the worm and bobber method. In the winter, I have great success landing lake trout with a tip up and minnows.

When you think trout fishing, you probably envision fly fishing.  This is the most common and accepted way to trout fish.  For this you will need a fly rod and reel, backer line, line, and flies.  A fly fishing outfit is, generally speaking, going to be more expensive. A quick Google search showed prices ranging from $75.00 all the way up to over $3000.00.  However, a decent outfit will probably be somewhere around $150.00-$200.00 range. Flies can vary, I believe I spent  $10.00 for three this year at a small family owned tackle store.

Also, with fly fishing you need to think of some additional gear. Waders, boots, vest, and net, to name a few. Waders alone can cost anywhere from $90.00 to $500.00.  So, in general there will be more of an upfront cost with fly fishing gear.

Fly fishing involves more skill and technique.  So if this is something you are interested in check local hunting and fishing stores, for courses/classes on fly fishing.  If you plan on fishing trout it will be worth it, especially since many trout waterways are fly fishing only.

When To Fish For Trout

Again, dusk and dawn will be best for trout.  My rule for trout fishing is, whenever the mosquitoes are out, so are the trout.

A basic general rule of thumb, trout will find cold water. So, when it is hot outside, they will most likely be in deeper water or holes.  When it is cooler out they will be closer to the surface.

Bluegills are probably how most of us were exposed to fishing.  They go by a lot of different names, sunfish, sunny, brim, and copper nose to name a few. According to research, more people catch bass than any other fish. However, I call BS.

I’ve been fishing trout and bass most of my life and hands down, without question, I caught more of these bluegills than all the other fish combined.  However, us anglers don’t like to admit to this, instead of bragging about the 15 bluegill you caught, you’ll omit that and say you landed 3 bass and one was over 5 pounds. Then you’ll mutter something about how you don’t have a picture of it, because your camera broke…

How To Locate Bluegill Fish

Have you ever stood on a dock and saw a school of fish swim by underneath you? Odds are they were bluegills.  They are commonly found in lakes, pounds, and slow moving waterways. They are usually close to the shore or in shallow areas.  They are located all throughout America. Similar to bass, they prefer cover.

What Do Bluegill Prey On

Bluegills have a similar diet to bass, they like insects, crustaceans, smaller fish, and worms. In my experience, bluegill will go after almost anything on your hook.

Because they eat everything they can often get annoying.  You can be casting into a perfect bass spot, only to hook a bluegill a few seconds later. You’ll release that fish and cast into the same perfect bass spot, and boom you hooked another bluegill.  This process can repeat itself several times, before you finally give up.

You really don’t need fancy equipment to catch bluegill, in fact it is how most anglers are introduced to fishing. The first fish I ever landed was a bluegill, which I hooked with a Batman themed rod and a worm.

You can use a basic rod and reel outfit, with a bobber and live bait, such as worm or minnow.  You can also catch a bluegill on flies and many of the lures that work for bass.  Part of the allure to bluegill fishing is, you don’t need fancy equipment, lures, or poles.

When To Fish For Bluegill

Similar to bass and trout, the best time is going to be dawn and dusk. However, I caught bluegill at all hours of the day and night.

Like I mentioned, the bluegill will be close to the shore, near some sort of cover.  Just cast out a few times and you’ll likely catch a bluegill.

Fishing for bluegill is simply casting out and reeling in. 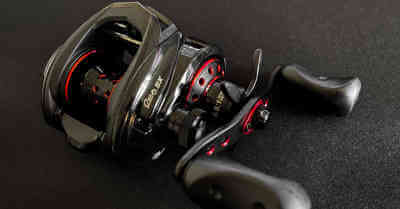 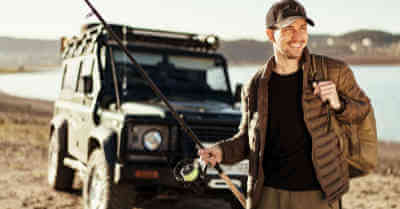