Can You Find Arrowheads With a Metal Detector?

You can find a lot of things with a metal detector. Can you find arrowheads? Are there a lot of metal arrowheads to find in North America?

Usually, you won't have much luck finding arrowheads with a metal detector. People made arrowheads out of many types of stone. You might get very lucky and find a copper or iron arrowhead at some point, but there aren't nearly as many metal arrowheads.

Just because you can't easily find arrowheads with a metal detector doesn't mean arrowheads are very hard to find. You can look for stone chips on the ground, indicating that people once made tools here. There are many strategies you can use if you want to find arrowheads.

I have been finding arrowheads in the woods for many years, and I do not use a metal detector to find them. Instead, I will look for old campsites. You can research where the campsites were and learn to identify former campsites when you find them.

‍What were arrowheads made out of?

People made arrowheads out of stone, wood, bone, volcanic glass, and other natural materials. Flint was one of the most common materials.

Obsidian can be ground to a very sharp point, even sharper than metal, and was popular wherever the volcanic glass was available. Some other materials are:

Since metal arrowheads are much rarer than arrowheads made from natural materials, you might never find an arrowhead with a metal detector. You can do very well metal detecting in North America. You may find many metal artifacts, both European artifacts and Native American artifacts from later times.

However, if you are looking specifically for arrowheads or spear points, you will need a different strategy. The most valuable points are prehistoric ice age points, not metal ones.

Why were there so few metal arrowheads?

There were metal tools north of Mexico long before contact with outsiders. Even 10,000 or more years ago, people made copper tools.

However, while people worked metal thousands of years ago in North America, they did not smelt it. People made metal out of natural copper nuggets when they could find them.

Without smelting, metal was scarce, and it became more scarce over time. Stone tools, therefore, remained much more common than metal tools. When metal was used, people did not usually use it for arrowheads.

If you are looking specifically for arrowheads, you probably shouldn't bother with a metal detector. Learn other techniques that help you find arrowheads.

How do metal detectors work?

While the technology is not similar to radar, it works on a vaguely similar principle. Radar sends out radio waves and detects radio waves bouncing back from objects. A metal detector sends out and detects electromagnetic energy.

Can a metal detector detect any kind of metal?

Ferrous metals (iron and steel) are the easiest to detect because they are so magnetic. They will easily produce their own electromagnetic fields.

Lead, tin, aluminum, and other metals are also detectable. Even metals that are harder to detect, such as nickel, can still be found.

How can you find arrowheads?

Before you look for arrowheads, you might learn some local history. Who lived here a few hundred years ago, and where were their campsites?

If you know local people who find arrowheads, they might give you tips. You may be able to find maps that show the locations of old Indian settlements. You might use google maps to find a promising place to search.

You may be able to find arrowheads in shallow creeks and rivers. Lakes are another good spot. Many arrowheads that ended up in rivers made their way to the edges of lakes.

Spring is the best time to find arrowheads. Rain and flooding will move soil around and expose arrowheads that would not be visible otherwise.

You should know a little about arrowheads - someone who knows nothing will mistake sharp natural rocks for artifacts. If you find a valuable arrowhead, you want to be able to recognize it as such. While most arrowheads are worth little, some are worth a fortune.

More than anything else, you should keep your eyes out for debris on the ground. When people made arrowheads out of flint or obsidian, flakes ended up on the ground. These flakes are often still there hundreds of years later and give toolmaking sites away.

Even though a metal detector won't help you, some other tools might. You can use a simple sand dipper to look through streams and rivers quickly and easily. 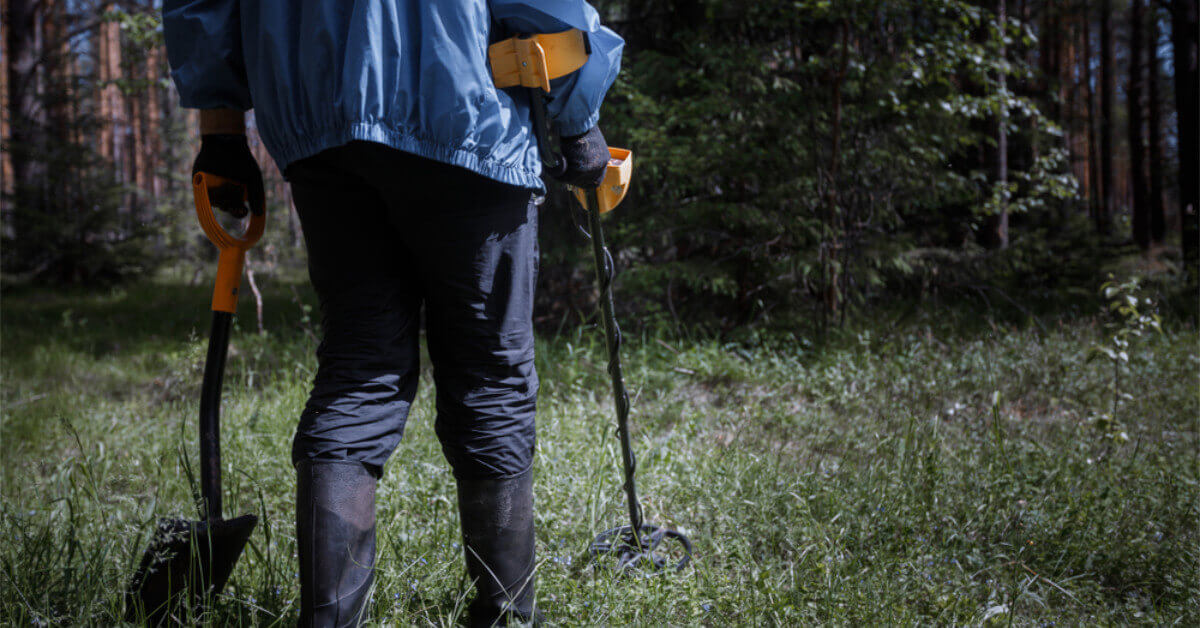 Can You Find Arrowheads With a Metal Detector?