Can I Keep Fish That I Catch?

Fishing regulations are complex and may vary from region to region. But even with that, it’s important to know if a fish is in season, how big they have to be, how many you can keep, how to properly return fish in the water and more.

You’ve probably been wondering whether or not you can keep all the fish that you catch. Well, this may depend on a number of things such as the region you’re fishing at, the fish species you’re targeting, and of course, your bag limit. Whether you’re fishing for commercial or recreational purposes, there are several fishing rules and regulations that you’re expected to adhere to. Keep in mind that the rules may vary from region to region and may change regularly. As such, it’s of great importance that you check the rules for your fishing area every time before you head out for a fishing trip.

In essence, these rules and regulations are imposed to protect fisheries and sustain fishing as well as fish species for future generations. They generally help fish to reach maturity and complete their breeding cycle, so it’s essential to learn some few important facts.

Many states, regions, and localities have set limits or restrictions regarding the amount of fish or fish species that you can legally keep and catch. Depending on the fisheries management zones, fishing open seasons are also set but can vary.

Each zone has rules that set limits and restrictions on the fish species limit. This can depend on several things such as the type of water body (freshwater or saltwater, lake or ocean, river or pond), the fishing zone, the time of the year, your type of fishing license (sport fishing or conservation), and the size of fish that you catch. Depending on the catch limits, size restrictions, and possession limits of your fishing area, you may be required to immediately and properly release any fish that exceed catch and possession limits, as well as fish that don’t adhere to the accepted size.

It’s illegal to destroy or negligently allow fish that’s suitable for consumption to spoil for no good reason. This can land you on the wrong side of the law and you may be fined heavily or even have your fishing license revoked. And because we believe that this is something you don’t want, it’s important that you strictly adhere to these fishing rules. After all, it will help in conserving the fisheries not only for your future fishing escapades but also for future generations.

Catch and possession limits generally revolve around the sustainability of the fisheries. These limits are set to give you and fellow anglers a fair share of the fisheries resources now and in the future, to protect endangered fish species, and also to protect the general fish populations from overfishing.

Catch and possession limits are typically measured through a bag limit, which is fundamentally the restricted number of species that an angler is allowed to catch and keep. While the fish that you’ve caught and immediately released may not be considered to be in possession, any fish that you retain can be considered to be in your possession and must adhere to the set bag limits. Remember, it’s against the law to possess more fish than the daily bag limit. By going against set bag limits, you’ll be considered a poacher and this is a serious offense that usually attracts hefty fines and could even land you in jail!

There are restrictions on the size of fish that you can keep. In most cases, there are specified lengths of various fish species that you’re allowed to catch and keep at given times. These size restrictions usually revolve around fish longer or shorter than the specified length. The main aim of setting size restrictions is to protect fish species until they reach spawning size, to improve the size of fish in fish populations, and to protect prime spawning size fish.

Fish size is generally measured from the tip of a closed mouth to the tip of the tail. With that in mind, a size that’s considered illegal may vary from species to species, as well as from region to region.

Needless to say, it’s only right that you properly and safely release the fish that you can’t get back into the water. For instance, you’re required to immediately release fish that you catch after reaching your daily bag limit. You must release any protected fish species, as well as any fish that is restricted in size. As such, you can learn a thing or two about how to catch and release here.

When it comes to fishing, it’s important to keep in mind that there are various fishing rules and regulations that are put in place to protect the fisheries. As an angler, it would only be appropriate to strictly observe these rules not just to avoid hefty fines but also to help in protecting the fisheries.

While it’s right to keep some fish that you catch and release the rest, you should check your local rules to make sure that you only keep what you’re allowed to. And because these rules may vary from region to region and may change regularly, you can consider having a fish rules app on your phone so that you keep yourself updated on what’s required before you embark on a fishing trip. 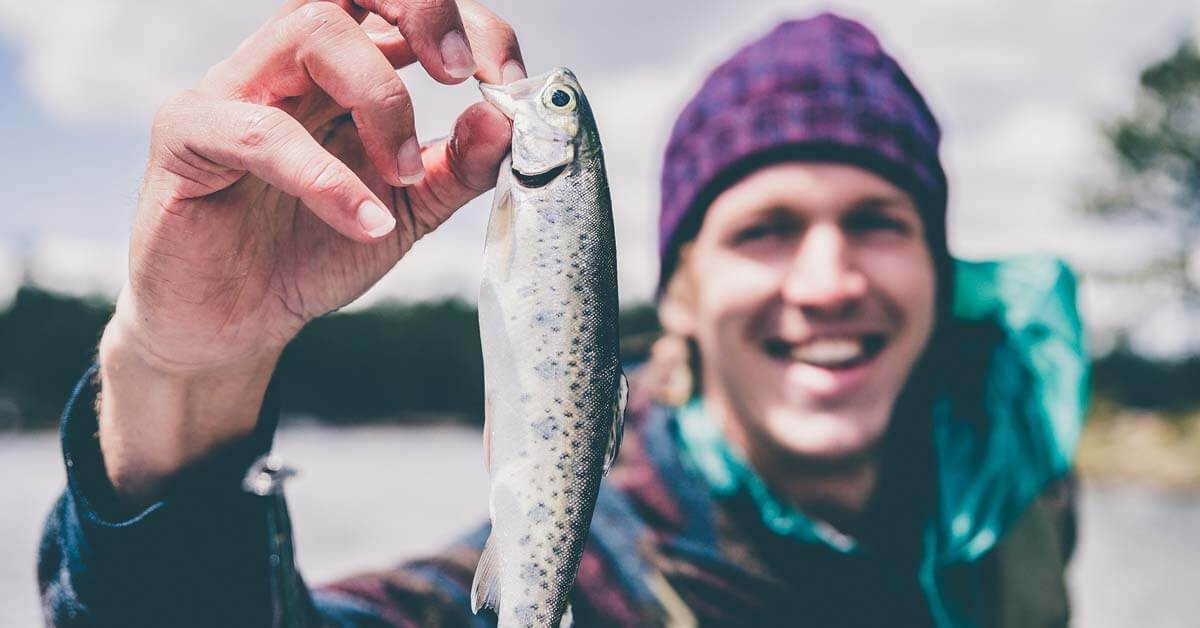 Can I Keep Fish That I Catch?