Campsite vs Tent Site: What Are Their Differences?

Camping can mean a lot of different things to a lot of different people. Whether you like to go all-out with your cutting-edge RV or like to keep it minimalistic with just a tent and a sleeping bag, there are many different campsites, and tent sites, that will be able to accommodate you. But what is the difference between a campsite and a tent site?

If you've ever been camping, you know that the term "campsite" can mean a lot of different things. It can refer to a site with full running water and electricity, or it can simply refer to a site with a lot of land where you are allowed to set up a tent and rest for the night. However, for the purposes of this article, and many other publications, a "campsite" refers to a site where you can camp with an RV while a "tent site" is a site where you are only allowed to use tents. Of course, most campsites will also let you use tents, or whatever other kind of portable shelter you think you can camp in, while the designation "tent site" is saved only for sites that are more restrictive and only allow tents. 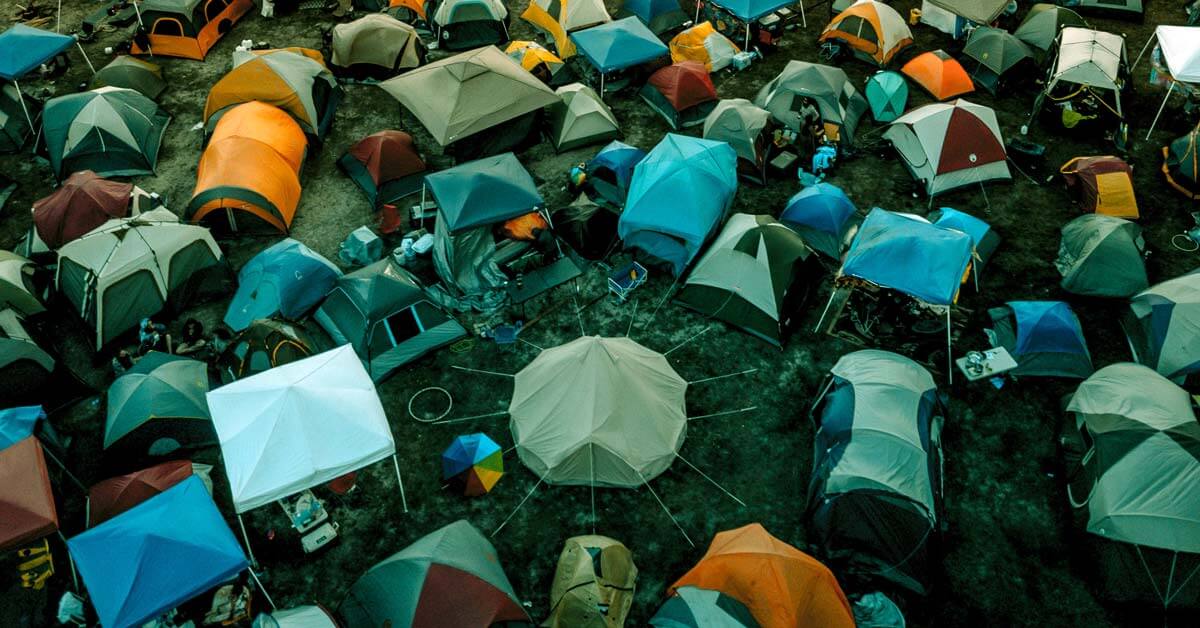 Which Is Better: A Campsite or a Tent Site?

Depending on what type of camping you are going to be doing, you might certainly favor one type of site over the other. Campsites can have features that make them perfect for RV campers. On the other hand, tent sites will allow tent campers not to feel surrounded on all sides by giant RVs with roaring power generators eating up all that peace and quiet.

If you're camping in an RV, there is never going to be a time where you'd prefer to be in a tent site over a traditional campsite. Parking an RV in a tent site would be like trying to fit a family of 10 in a studio apartment. However, there are many, many different types of campsites, so simply seeing that a site is labelled as a "campsite" won't necessarily mean that they have all the hook-ups and amenities one would require to get the absolute most out of their RV.

As well, the designation of "tent site" can mean a lot of different things. For instance, there could be public restrooms or other amenities available to tent campers at some sites and not others. As well, the amount of room allotted to tent campers might differ drastically from tent site to tent site.

So while RV campers may generally favor campsites and tent campers may generally favor tent sites, there's a lot of grey area both between and around the two that makes deciding on any one camping spot based on these terms alone a bit of a gamble. If you want to be better informed, researching the specific site is always going to do a lot more good than making vast generalizations or assumptions based simply on the way a specific campground is labelled.

Regardless of whether you choose to camp at a campsite or a tent site, you should always plan ahead to be sure about what you're getting into. As well, it's always going to be a good idea to make reservations for whatever site you are looking at well in advance of the actual date that you are going to be camping. Both campsites and tent sites can book up fast- if you've found the ideal spot, don't let it get away!

Because the terms campsite and tent site tell us so little about the sites in general, it's important to take a deeper look at some common types of sites that one may use for camping. The three most common types of sites for camping are RV campgrounds, KOA campgrounds, and campgrounds that exist on public land. As well, you may be able to camp on public ground that is not set up as a campground, or on private land that is owned by either you or someone you know.

Out of these main types of sites, the only ones that inherently discriminate against either RV campers or tent campers are RV campgrounds, which only allow RVs or motorhomes. Tent campers will find no use in an RV campground, not that they would want to. Tent-only campgrounds will exist randomly throughout public lands. As well, some sections of KOA campgrounds will be designated "tent only".

It's not going to be difficult to find a site that favors tent campers over RVs, or even one that only allows tent camping. However, these tent sites will typically allow space enough to park one or more vehicles. It's always a good idea to know what you're getting into beforehand, so calling ahead and asking about parking and room for vehicles should be considered a must before committing to any one tent site.

RV campgrounds are common all around the world. They can be found in both urban and wild areas, meaning they can function as both campsites and places of permanent residency. However, they differ from trailer parks in that you will typically only pay for days or weeks at a time, as compared to agreeing to a rental contract.

Given that RV campgrounds are made to favor those partaking in vehicular camping, whether that be in an RV, motorhome, or a travel trailer, they typically feature any type of amenities for these vehicles that one could ask for. That includes electricity, sewage, and water. If you want to get the most out of your RV, camping at a designated RV campground is definitely the way to go.

The only downside to RV campgrounds is that they have a tendency to not seem very... natural. If you're looking to become one with nature, the noise pollution generated by a gigantic lot filled with recreational vehicles might not be the ideal environment. However, if you like the comforts of your RV more than the chirping of the crickets, you aren't going to find a much more accommodating camping spot than a designated RV campground.

KOA, or Kampgrounds of America, is a national corporation that owns many for-profit campgrounds all across America. While the notion of camping in a "corporate-owned campsite" may raise some red flags in the mind of the clever outdoorsmen, it does come with a host of benefits. Namely, KOA campgrounds offer a wide array of amenities, as well as a clean and moderated environment for families.

KOA campgrounds are neither RV-only nor tent-only, although different campgrounds will certainly have sections sanctioned off for one over the other. In this way, KOA campgrounds can offer the best of both worlds for campers of all varieties. RV campers can get all the amenities they require without the stifling nature of the RV campground while tent campers can feel like they're living off the land while still having access to public restrooms (just in case).

Unlike KOA campgrounds, public campgrounds are typically run by the government. This means that you aren't usually going to get as many amenities and the area isn't going to be as well-maintained. However, the area not being well-maintained shouldn't be too noticeable without the insanely huge KOA crowds coming and going.

Some public campgrounds will offer a whole host of amenities while others will simply be a patch of dirt where you can pull up and pitch a tent. Because of this, researching local public campgrounds in your area is a must before deciding on one that's right for you, whether you're an RV camper or a tent camper. Public campgrounds typically take reservations and you will have to pay to use them. However, they will typically cost a good deal less than a KOA campground.

Of course, if you or someone you know owns their own land, that land can usually be camped on. Any restrictions will simply be up to the owner, unless that land is not zoned for residential use. For this reason, many campers will opt to essentially buy their own campground, that way they can set their own rules and regulations.

However, land owners should note that owning their own land does not entail them to turn that land into a for-profit campground unless they have a business permit. Allowing friends and loved ones to camp on your land is one thing, but making a profit by allowing others to camp there is another thing entirely.

Campsite vs Tent Site: What Are Their Differences? 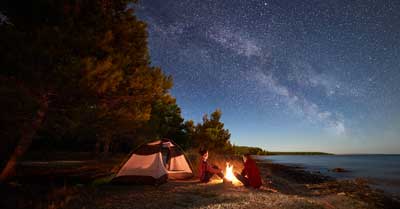 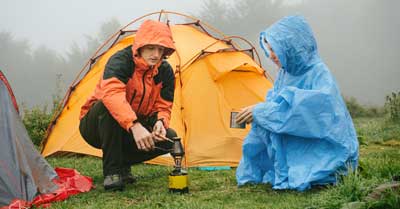 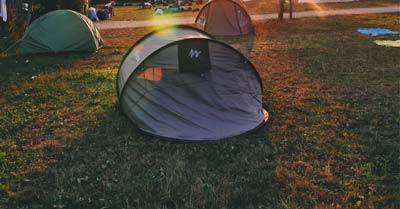 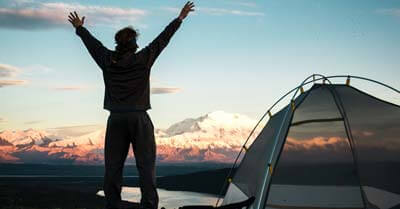 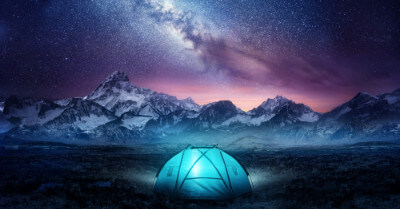 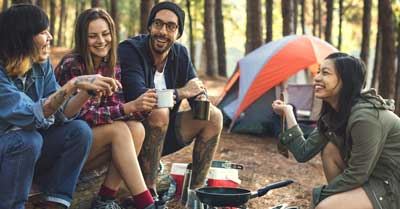