Backpacking is safer and more convenient if you take a cell phone with you. A solar charger is the best way to keep your phone charged while away from home.

With a solar charger, you can be out in the wilderness for a long time without worrying about your phone running out of batteries. When you are in the woods, it is difficult for your phone to pick up a signal, which drains your batteries faster. Don't bring extra batteries and then have them run out more quickly than you expected - bring a solar charger instead.

Nothing you bring into the woods with you should be delicate; a solar charger should be able to withstand the elements to some extent. A solar charger should also change your phone quickly - a long charge time is inconvenient. The Anker 21W charger and the RAVpower 3-port charger are excellent chargers, and there are other great choices. 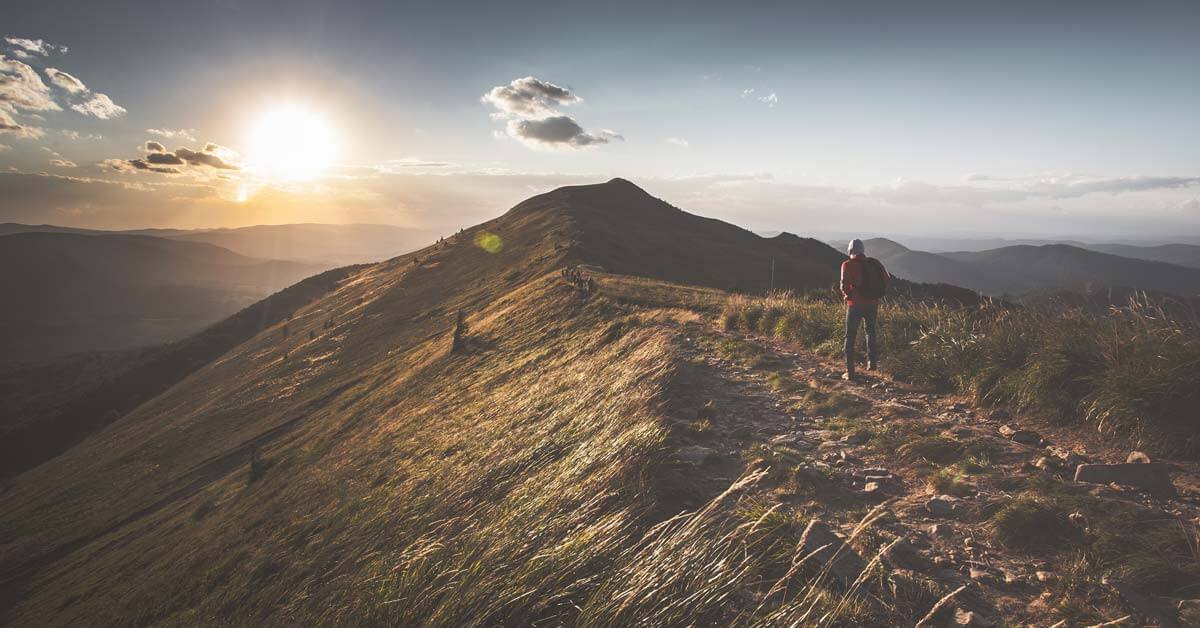 Some chargers are much more compact than others

Some solar chargers are small, although always bigger than the phones they charge. Others can be 18 inches long. A larger charger is good because you can quickly charge more than one phone at the same time with it.

You might want to bring a single large charger for all of your friends to share. Or, if you are only getting a charger for yourself, you might want a smaller charger that takes up as little room as possible.

The best solar chargers for backpacking

The Anker is foldable, which means you can open it up to charge it and fold it up to carry it around. This gives it the advantage of both taking up little room and being able to gather a lot of light. It generates up to 21 watts of power, which is more than enough to quickly charge a phone.

When the Anker 21W is open, it is 18 by 11 inches, but only 11.1 by 6.3 inches when folded up. The Anker is also unusually thin, so it is easy to carry around. It manages to both generate enough power to charge your phone quickly and take up little room.

The Anker has two USB ports for charging two phones at once. Both of these are powerful 3 Amp power outlets, so you can charge your phone faster than with a USB hooked up to a laptop. The Anker includes a 3 foot USB cable.

The Anker sets the standard for what you should look for in a solar charger. It's only disadvantage is its relatively high price, which is worth paying for such a reliable product.

Solar panels can get cracked if you aren't careful with them, so you might want to go with a charger that is as hard to break as possible. The ECEEN folds in half and is protected by its durable case. This design makes it significantly harder to break than most other chargers.

The ECEEN is also water-resistant. It is not easy for water to get through the zippable case, so you can take it with you in damp conditions. The ECEEN is a good choice if you are looking for reliability and trying to avoid problems.

While the ECEEN uses efficient solar panel technology, the panels are still small. Smaller panels mean less power, so it will take longer to charge your phones with the ECEEN than with most other products. The relatively low power is partly outweighed by a smart charging system that reduces charging time.

If you don't need a charger that will charge more than one device or charge your device fast the ECEEN might be right. If you value price, durability, and small size move than power, it is a good product.

If you want to charge three devices at once, the RAVPower 3-Port Charger has three power outlets and generates enough power for all of them. The RAVPower produces an impressive 24 watts of total power.

Each of the three outlets produces 1.4 amps. Depending on what phone you have, 5 volts / 1.4 amps may be enough to quickly charge your phone. With some phones, 1.4 amps is not enough power, so you might consider a charger that produces three or more amps for each outlet.

The RAVPower is also surprisingly light for such a large and powerful charger. It weighs only 26.4 ounces; many chargers weigh twice as much if they have similar power outputs.

Another advantage of the RAVPower charger is its smart charging technology. The RAVpower will detect how much current is going to each device and make sure to equalize it. With many other chargers, there is a good chance that one phone will charge much faster than another.

The ADDTOP portable solar bank is a combination of a power bank and a solar charger. When the power bank is fully charged, the ADDTOP can produce 2.1 amps for two devices, usually enough power even if it is not one of the most powerful chargers.

Another advantage of the ADDTOP is that you can charge it from a wall socket and not only with the sun. If you want to charge it up before your hiking trip, you do not need to leave it out in the sun, as you can charge it with a standard USB.

Unfortunately, like many other solar chargers that double as power banks, the ADDTOP does not generate as much power as solar chargers without batteries do. While the solar panels do work properly and charge your power bank back up over time, it is not nearly as fast as many other products we recommend.

Whether or not the ADDTOP is a good choice depends on how much time you expect your trip to take. If a power bank might last long enough, but could possibly run out, you might get the ADDTOP and use the solar charger as a backup plan if you run out of power. There is nothing wrong with the solar panels on the ADDTOP other than that they are relatively slow.

The X-Dragon is resistant to power surges, so you will not have to worry about your electronics getting damaged if a power surge occurs. While the odds of getting your cell phone damaged with a typical charger is low, it does happen sometimes. The power surge resistance feature does work; go with the X-Dragon if you don't want to take any chances.

The X-Dragon is a larger and more powerful charger that only works as a solar charger and not as a power bank. The panels are efficient (22% to 25% efficiency, with many newer panels still having only 15% efficiency) and large enough to capture a lot of light.

Because of the solar cells' efficiency, the X-dragon can charge your phone or iPad even when the sunlight is not great. The X-dragon is a good choice if you are looking for a charger that won't break or fail. The X-dragon has a better than average 18-month warranty.

However, the PowerAdd Appolo 2 is great if you are unsure whether to go with a solar charger or a power bank. As well as its 12500mAh battery, it has a built-in flashlight and a built-in cigarette lighter.

You can also use the PowerAdd Appolo 2 to charge two phones at once, plus you can charge the Appolo 2's power bank with a USB cable. In an emergency, you may be able to use the cigarette lighter to start a fire.

The Appolo 2's solar panels charge up the power bank too slowly for you to repeatedly charge the battery while you are away from home. It would be very inconvenient to charge the bank all the way up using the solar charger.

If you normally bring a power bank and are unsure of whether or not to switch to a solar charger, you might give the Appolo 2 a try. The Appolo 2 first and foremost works as a good power bank that doubles as an LED flashlight and a cigarette lighter.

If you run out of power and need to make a call, the weak solar panel can charge your phone enough that you can make it. It is primarily a power bank but can also be a charger if you really need it to be.

The Voltaic Systems Arc Solar both has powerful solar panels (more than enough to charge laptops) and a long-lasting battery that can store a lot of power. The Arc Solar is a heavy-duty charger for people who want something powerful instead of something light and cheap.

While the Arc Solar is a laptop charger, it can also charge phones safely. The Arc Solar will produce as much voltage as is required for the device it is charging, keeping the voltage low for phones. It can produce anywhere from 12V all the way up to 24V when it is charging a laptop.

The downside of the Arc Solar is that it is heavier and more expensive than most of the other choices. If weight is an issue and you need to take up as little room in your backpack as possible, it may be too large and heavy. If you do want a heavier but more powerful charger, the Arc Solar may be worth your money because the panels will last for a long time.

What really makes the Wildtek stand out is how waterproof it is. You might not be able to find another solar charger that is more waterproof than the Wildtek.

Even the USB ports on the Wildtek are waterproof, and the charger can resist dust as well as water. The Wildtek has a two-year warranty and a reputation for being durable. The Wildtek company also donates some of its profits to environmental causes.

If you would prefer to hang the Wildtek up rather than use the stand, it has four mounting grommets to hang it from your backpack or anywhere else. The Wildtek includes two USB cables for charging two phones at once. 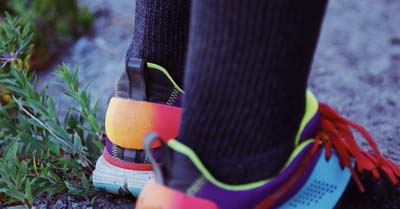 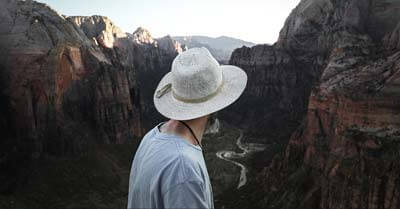 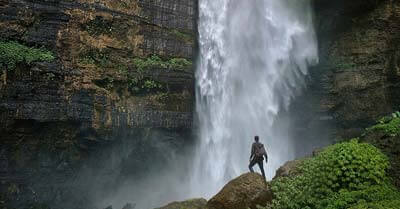 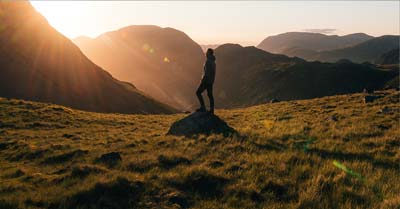 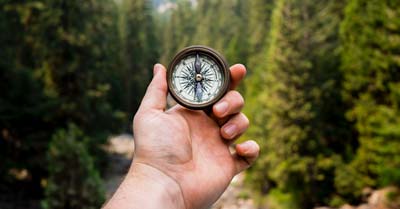 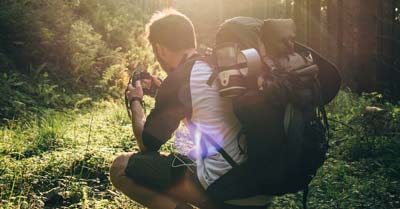