How To Find Arrowheads (The Best Places)

In North America, you can find arrowheads near rivers, near lakes, and in countless other places. As a kid in the country, I was able to find a few in and around streams without really trying. You can also find them on high ground not too far from sources of water.

Arrowheads are easiest to find in places where people would have lived hundreds or thousands of years ago. People camped close to natural shelters and sources of water. Places near overhangs, rivers, lakes, and springs are the best places to find arrowheads.

I have had the most luck finding arrowheads reasonably near rather than in or right beside rivers. A camp would have been set up near a river but on high ground, away from potential flooding. I always look for arrowheads reasonably close to a source of water - people would not have set up a camp too far from water. 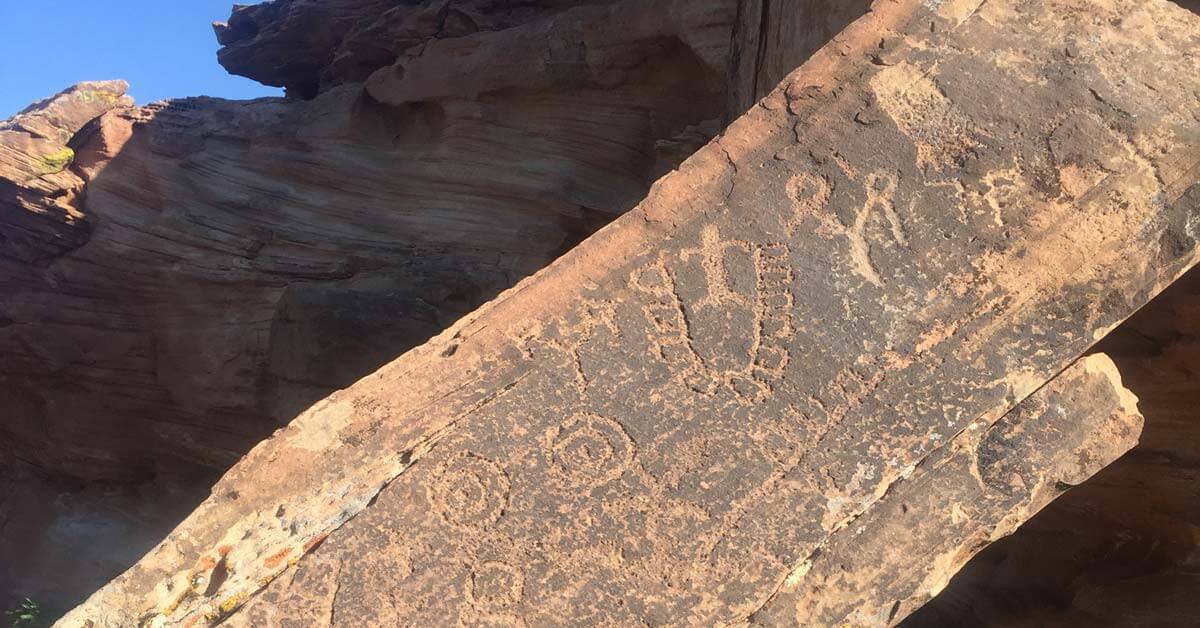 Arrowheads are not very hard to find

It does not take an archeologist to find arrowheads, nor does it take a huge amount of time to find them. Anyone who spends a fair bit of time in the woods can find enough arrowheads for an impressive collection over time. Arrowheads are everywhere - arrowheads have been used in North America for thousands of years, and a stone arrowhead can last for a very long time.

However, they are not so easy to find that you will have much luck finding them just anywhere in the woods. Learn to think as an ancient hunter would. Where would you have traveled, hunted, or set up a camp?

Even if there were no native inhabitants in your area when the first European settlers came, you might still be able to find arrowheads. The area might have been inhabited at some point hundreds or thousands of years ago, so you could still find arrowheads or other artifacts.

Look for evidence of sites where stone tools were made

When stone tools were made, debris was left behind. These stone chips are known as debitage. Learn to recognize these stone chips, as you might be able to find arrowheads nearby.

Look at pictures of debitage and train your mind to notice it when you see it. I do not usually immediately spot arrowheads. Instead, I first notice evidence that I can find arrowheads or other artifacts nearby.

If you spot debitage, you have a good chance of finding artifacts, although there are no guarantees. Make sure you explore the area around the debris as carefully as possible. Make sure that you look at every square foot of ground in the area.

The last thing you want to do is give up before you find the arrowheads. If there is debitage, spend some time looking before you give up. Return to that area a second time and give that spot a second chance.

The most important part is training your mind to notice. Today I can find arrowheads in places where I would have missed them a few years ago. If you find an arrowhead, come back to the same spot a few times, and you may be able to find more arrowheads or other artifacts.

Heavy rainfall can also uncover artifacts. After it rains heavily, I will often return to an old site and find something new. Learn to identify tools; you might find scrapers or ax heads as well as arrowheads.

Know what types of stone were used to make tools

Some stones are much better for making tools than others. Flint was a popular choice all over the world. If you spot flintstones on the ground, perhaps there is an old tool-making site nearby.

Chert is another popular stone for chart making. To a lesser extent, obsidian, jasper, and granite were used for tools. You will have much more luck finding arrowheads if you know what types of stone to keep an eye out for.

Where is the best place to hunt arrowheads?

You may be able to find arrowheads on hills near rivers more easily than you can find arrowheads in riverbanks. Always keep an eye out for a pile of stones, as it may have been there for a long time and could have been used to make tools.

Some rivers are much older than others. While many rivers radically change their course or vanish over hundreds or thousands of years, many other rivers do not. You may be able to find out how ancient a river is.

If you know that a river has been there for a very long time, it is a great place to find tools as the area could have been inhabited many times over the millennia. If it is relatively new, stone tools may have stopped being used before the river appeared.

You can find arrowheads in streams and on gravel beds

Even a small stream or creek may be very old. You may be able to use Google Earth to find an estimate of where the path of a river was in the past, although there is nowhere near enough information to reliably answer whether or not the path of a stream used to be different.

Some types of streams are better than others

If a stream has a sandy bottom, I never have any luck finding arrowheads. You might be able to find other artifacts, but a sandy bottom is a poor place to look in my experience. If the bottom of a stream is gravel rather than sand, you have a better chance.

Larger gravel is also better than smaller gravel. If the gravel is larger, you can find bigger arrowheads closer to the surface of the stream. You can find arrowheads in streams and not only on high ground close to streams.

A sand dipper can help you find artifacts

A sand dipper is a simple tool that can help you sift through the sand a lot faster than you could by hand. It is a very simple and cheap tool, just a pole with a net or basket at the end of it. With a sand dipper, you can go through a lot of sand in a short time.

The dirt and sand pass through the net, leaving only rocks - or pottery shards, scrapers, arrowheads, and so on. This makes looking through the sand an easier and more pleasant process. You will not have to bend over or get wet to look through the sand.

If you don't want to put any strain on your back when looking for arrowheads, get a sand dipper. Bending over and picking things up very many times is not easy on anyone's back.

A good sand dipper is also telescoping. You can extend it to be five or more feet long by pulling on the handle. This will help you reach places that it would be too much of a hassle to get to otherwise.

Sand dippers have other uses besides finding arrowheads. You can use a sand dipper on the golf course, or as a walking staff. Sand dippers are cheap and worth what little they cost.

Talk to people about where old campsites were

You may be able to find arrowheads at the shallow edge of a lake if you can find the right lake. A river might have pushed arrowheads into a lake over a long period.

If there is snow in your area, early spring after the snow melts is a good time to find arrowheads. The flow of water will move the earth around and bring artifacts to the surface.

Ask permission before arrowhead hunting on someone else's property

Unless the local forest is your property, you should ask permission first. Perhaps the owner will not care much about who walks around in their forest, but you never know. They could choose to charge you with trespassing if you don't ask permission.

Burial mounds are sacred and are not supposed to be disturbed. What was buried there is supposed to stay there forever. Know how to identify a burial mound and avoid digging there.

Digging deep into the ground as opposed to merely skimming the surface on another person's property is not ok either. Digging defaces the ground. Be careful not to disturb the ground too much by looking for arrowheads close to the surface.

This may sound obvious, but not every arrowhead has the "Christmas tree shape" that people imagine. You might not recognize a small arrow used for hunting birds rather than larger animals as an arrowhead, and discard it as a sharp rock. You can also mistake a naturally occurring rock for an arrowhead.

Look at pictures of arrowheads first. They come in many different shapes and sizes. Become familiar with the types of stone most commonly used to make arrowheads. Learn about other artifacts you might find in the ground in North America.

Can you sell arrowheads?

If you get really good or really lucky, you may be able to make a considerable amount of money selling arrowheads or other artifacts. However, it will not turn into more than a hobby for most people.

Most arrowheads are not worth a whole lot of money. I prefer to collect them, as is true for most other people that look for them. You can usually only sell an arrowhead for $20 or so, and you won't easily find a huge number of them.

You should also take videos when you dig up arrowheads. If you take a video of the spot where you dug it up, this proves that the arrowhead is real. Otherwise, people might believe that you make fake stone arrowheads yourself.

While you might be able to sell something for a fair bit of money eventually, don't expect to turn artifact hunting into your new full-time job. It is a hobby, possibly a hobby that pays although you may prefer to keep everything you find.

When selling arrowheads, make sure that you do not end up selling an excellent arrowhead for much less than it is worth. Some people make money buying and reselling things, including arrowheads. If you believe that an arrowhead or other artifact might be worth more than a little money, talk to a professional, and get a proper price estimate.

You can also buy a book about how to price arrowheads or look for information about what arrowheads are worth online. Usually, they are not worth very much, but the best arrowheads are. You can sell arrowheads on eBay, or on other websites that deal specifically with arrowheads.

If you sell them online, you will only have to post pictures, accept an offer from a trustworthy account, and mail the arrowheads. eBay is easy to use. Don't be intimidated by having to learn eBay for the first time; their business depends on making the website reasonably easy to learn.

How To Find Arrowheads (The Best Places)