Are Arrowheads Valuable? (And How To Tell)

While some Native American arrowheads are worth a fortune, most of them are not worth much money. Since arrowheads were made all over North America for thousands of years, they are relatively easy to find. Since they are so common, you won't be able to sell a typical arrowhead for much.

However, some arrowheads are worth much more than others. An arrowhead can be worth $20,000 in the best cases, even though it might only be worth $5, and an average arrowhead is only worth about $20. If there is something special about an arrowhead that makes it stand out, it may be worth a lot more than usual. 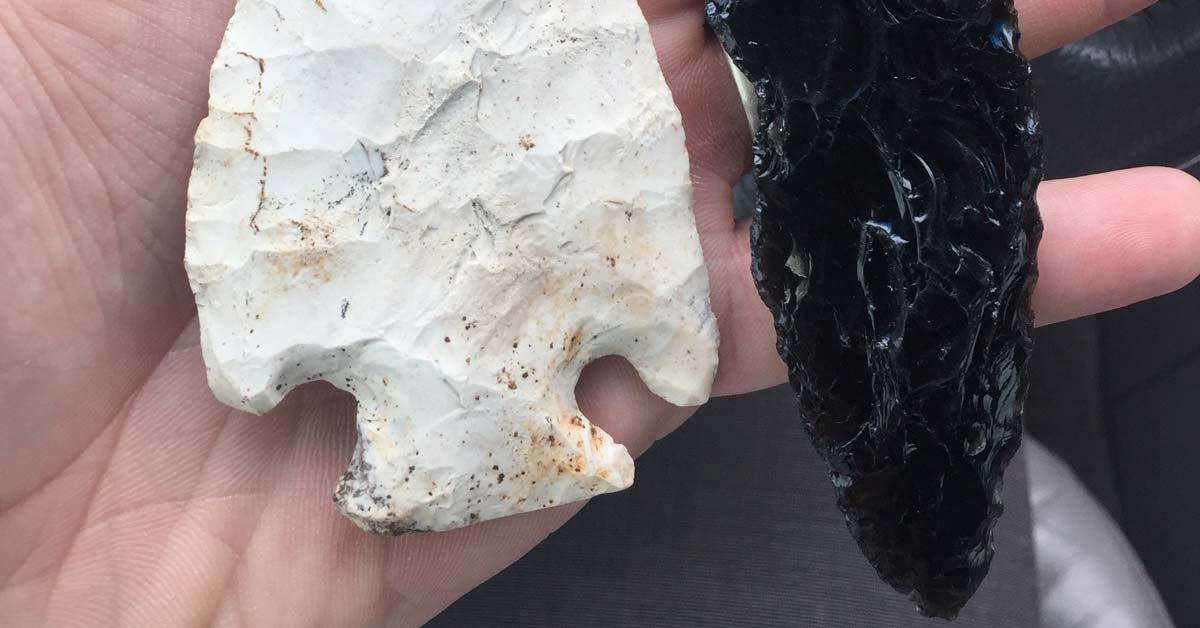 The size, shape, quality, and condition of an arrowhead all affect its value. An arrowhead is also worth more if it is made out of an unusual material. An arrowhead has to stand out to be worth more than a little money.

Is the arrowhead typically designed?

Arrowheads are categorized into many different types. If your arrowhead is a typical example of a specific style, it might be worth more than a little.

If it does not clearly fit into one style or another, it might not be worth much. Uniqueness does not usually make an arrowhead worth more. A collector wants typical examples of arrowheads in each style.

Is the arrowhead damaged?

A chipped or broken arrowhead is not going to be worth as much as one in good condition. More than a few of the arrowheads I find have broken points. A broken point or any other damage makes an arrowhead worth very little.

Is the arrowhead of high quality?

Not all arrowheads were expertly made, and some lack symmetry or lack quality in other ways. A balanced and symmetrical arrowhead is worth more than a poorly made one.

Is the arrowhead large and thin?

Larger arrowheads are worth more. Collectors are also more interested in thin arrowheads than broad ones, although they want to collect arrowheads in many different styles.

What material was used to make the arrowhead?

Arrowheads made of conventional materials such as a common type of chert are worth less than those made out of more exotic materials. Arrowheads were sometimes made out of common gemstones such as jasper. These arrowheads are worth more.

Does the arrowhead have any exciting history?

Can you find arrowheads almost anywhere?

If you get really lucky, an arrowhead can be worth a fortune

While most arrowheads are too common and ordinary to be worth much to collectors or museums, an arrowhead can sometimes be so significant that it is worth a lot of money. There has to be something rare and special about the arrowhead; it cannot merely be of high quality.

Prehistoric arrowheads and projectile points are often worth real money

While experts already know a great deal about the types of arrowheads that were used shortly before contact with outsiders, very ancient arrowheads remain mysterious. If you find an arrowhead or other projectile point that is several thousand years old, it may be archeologically significant and worth at least thousands of dollars.

Finding a prehistoric arrowhead can sometimes be a simple matter of luck. In 2014, a ten-year-old boy named Noah Cordle found a very ancient arrowhead on the beach. The point turned out to be 10,000 years old - old enough to have been used on a mammoth or other long-extinct animal.

Unlike arrowheads that are only centuries old, a 10,000-year-old arrowhead or spear point is rare and, therefore, valuable. Make sure that you know what your arrow points are worth before you sell them. The last thing you want to do is sell an arrow point worth tens of thousands of dollars for 1/1000th of its value.

There is no part of the country where arrowheads worth thousands of dollars are easy to find. Finding them is mostly a matter of luck. The skill is in knowing enough about arrowheads to recognize that your arrowhead is worth $15000 or $30000 and not a tiny fraction of that.

Learn to price arrowheads yourself

You may be able to learn the basics of pricing arrowheads by looking at eBay auctions. You will be able to tell what will sell for a few tens of dollars, what is worth more, and what is worth even less based on what prices collectors are offering. After you look at other people's auctions and make a few small sales yourself, you should know the bare minimum.

For more advanced information about how to price arrowheads, especially arrowheads that are worth more than a little, you might want to purchase a full-length book about the subject. With a proper reference guide, you can become a minor expert on different types of arrowheads from different parts of the country and what they are worth to collectors. Without the right knowledge, you may find a valuable arrowhead and never realize what it is worth.

Make sure any arrowheads you buy are real

If you want to buy arrowheads rather than find them in the woods, make sure that what you are buying is a real artifact and not a fake someone made a month ago. If a store selling antiques can guarantee that their arrowhead is real, they are probably telling the truth.

If the store does not offer such a guarantee, you should not buy the arrowhead anyway. While an arrowhead without a guarantee might be real, there's too much of a chance that it is not. You should know a bit of information about where the arrow you are buying was found.

Arrowheads from different parts of the country were made in different styles. If an arrowhead is very atypical for its region, it may be fake.

You may also be able to spot a fake arrowhead by looking at it closely. If an edge is too smooth and perfect, this might be because it was made using a machine or modern tools.

Most fakes are easy to spot by those with the right knowledge and will only fool those who know little. An archeologist or someone who trades antiques and knows about arrowheads in detail will be able to tell you whether or not an arrowhead is fake.

If you find arrowheads yourself, take pictures of where you dug them up in the ground. Otherwise, it may be harder to sell your arrows. Even if you are not selling the arrowheads for very much money, people still like to see visual evidence that the arrowheads are real.

How hard is it to classify arrowheads yourself?

First, identify the arrowhead by what state it is from. Look through the reference book to find information about arrowheads from that region. Make sure that the arrowhead is reasonably normal for the area where it was made.

Most arrowheads are worth more than their monetary value

Finding an arrowhead is exciting. Since you experienced the thrill of finding each arrowhead, your collection is going to mean something to you. Your arrowheads mean much less to someone considering buying them, even if they want a set of arrowheads.

For this reason, your collection will probably never be worth enough for you to consider selling it. It will always be worth many times more to you than the best offer you could reasonably get.

While arrowheads are valuable, the money you can get for them is not worth the time required to find them. You will also have some sentimental attachment to your collection, and will not want to sell it.

Then again, you might get fortunate and find an arrowhead that is worth thousands or tens of thousands of dollars. In that case, you will very likely take the money. Otherwise, you will probably keep your entire collection and never sell any of your arrowheads.

Are Arrowheads Valuable? (And How To Tell)