Do people believe that Native American arrowheads are lucky? Many people use artifacts as good luck charms. Do they use arrowheads?

Native American arrowheads are used as good luck charms by many people. People in many parts of the world, including North America, use arrowheads as charms. Some people also believe that some of the materials used to make arrowheads have mystical properties and can affect your fate.

Obsidian, which is a common material for making arrowheads, is thought to have magical properties. Obsidian can give you knowledge or courage. Today, many people associate certain objects and materials with luck; Native Americans that made arrowheads certainly also did.

As someone who finds and collects arrowheads, I am also interested in the symbolic value of these artifacts. In how much of the world were arrowheads considered lucky, and what magical properties were associated with different types of stone? 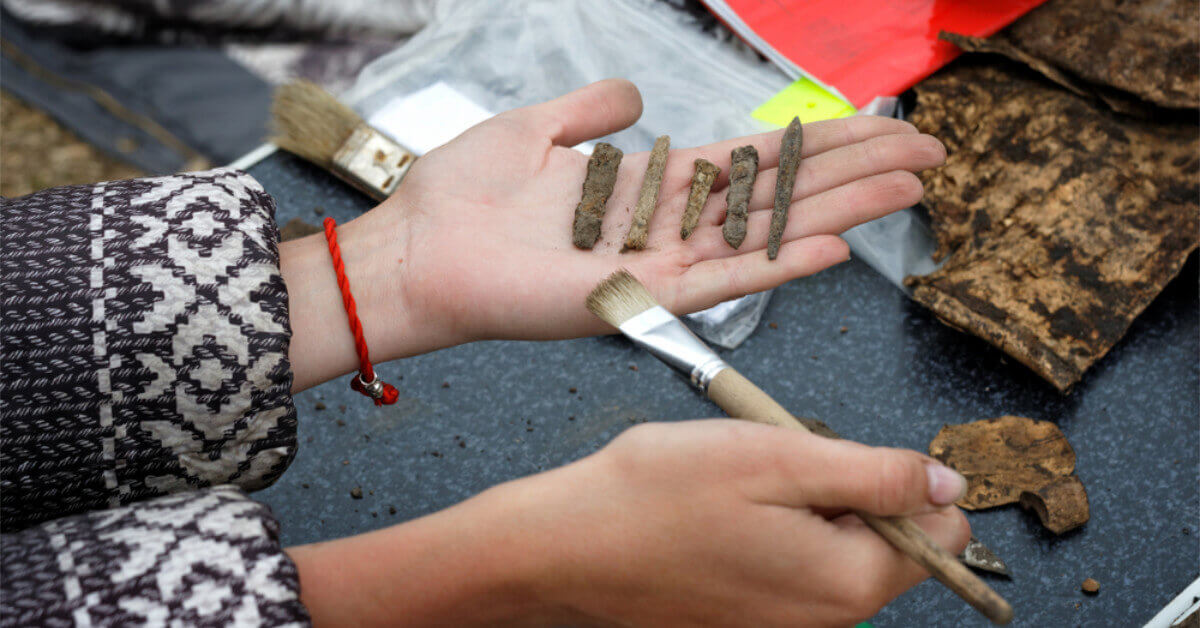 Native Americans wore arrowheads on necklaces as good luck charms or magical protections. It was believed that wearing an arrowhead around your neck could protect you from illness.

As well as protecting you, arrowheads were thought to give you strength and courage. People thought arrowheads would protect them from negative energy in general. People expected arrowheads to work as charms regardless of what kind of stone they were made of.

Are arrowheads ever seen as bad luck?

Arrowheads were sometimes seen as bad luck in some times and places, including North America. If you encountered an arrowhead during wartime, that might have been seen as a bad omen.

When someone found a stone arrowhead centuries ago in Europe, they didn't necessarily understand where it came from. People did not always know that these arrowheads were thousands of years old and made by people who lived without metal.

Stone arrowheads were sometimes associated with elves and faeries. Some people in ancient and medieval times thought they literally were elf arrowheads and that they were used to attack humans and animals. In Britain, some people associated arrowheads with the devil centuries ago.

Medieval Europeans also believed that stone arrowheads could protect them from harm. Some diseases were blamed on magical attacks by elves; you could use an elf arrowhead to protect yourself from their magic.

Arrowheads were more likely to be seen as good luck than bad luck, including in Europe and Britain, but they are unlucky according to some traditions. Since they were weapons of war, some people associated them with evil.

Do good luck charms work in a psychological way?

Even if good luck charms can never make you luckier, they can have a real effect by making you more confident. Good luck charms may work through the placebo effect.

A medicine that is only a placebo can help someone recover from an illness because they believe it will cure them. To prove that a new medicine works, a company has to prove that it works better than a pill containing no medicine does.

Many drugs fail this test - they only ever seemed to work because people believed they did. Because of the power of belief, many magical objects and practices have a real effect.

Good luck charms are proven to work and to boost performance. Even if it is just the placebo effect, you can perform better at sports and many other activities if you use good luck charms.

It is common for people who do not believe in luck or magic to do little things that are said to make them luckier. People cross their fingers when taking a risk, for example, even if they do not believe this has a real, magical effect.

It seems that they do - if people are merely told that the golf ball they are playing with is "lucky," they perform better. Contrary to what you would assume, the placebo effect sometimes still works even if the person is aware that their pill is a placebo. You do not have to believe in luck or magic to benefit from it.

Does the type of stone used to make the arrowhead matter?

Native Americans expected arrowheads to work as talismans even if the stone they were made from had no magical properties. However, some arrowheads are made of materials that are said to be magical.

Different people in different times and places attach magical properties to stones. Obsidian is said to be magical, and it was a common material for arrowheads.

Obsidian is a black volcanic glass that some people believe can treat certain health issues. People use it for arthritis and other joint problems. People also use obsidian for detoxification, digestion, and infections.

Since obsidian makes a very sharp edge, it is easy to find arrowheads made out of obsidian. If you want to buy one, they are as cheap as common flint arrowheads.

Another allegedly magical material that some people made arrowheads out of is jade. Jade is said to improve your luck, help you win friends, and protect you from harm. Jade can help you reach your goals, including wealth and love.

People use jade to treat all sorts of issues. They believe it can help with everything from kidney problems to trauma. It may also boost your nervous system and your immune system.

Jade arrowheads are harder to find than obsidian arrowheads, but a collector might not want a huge amount for one. While many stones with magical properties were never or almost never used for arrowheads, people did use jade.

Japer is another common gemstone that was sometimes used for arrowheads. Jasper was seen as magical or medicinal all over the world. Different peoples credited it with different powers.

One of the many things jasper is said to do is protect you from stress and negative energy. People who are going through a difficult time may use jasper to make them feel secure and able to deal with the situation.